Paradox Interactive Launches Modding Platform For Xbox One And PC 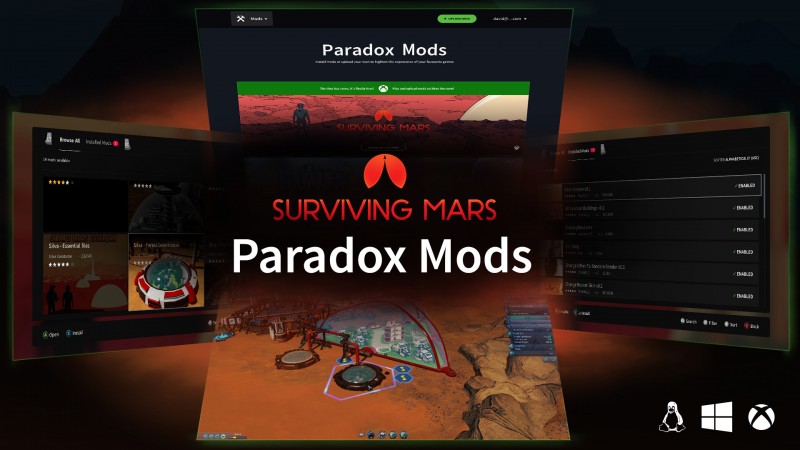 Paradox Interactive, the publisher behind sims like Surviving Mars, launched a new modding platform for its titles today that brings community mods to both PC and Xbox One.

The platform allows players to upload and download mods through GoG or the Paradox game launcher. The publisher is focusing its support on Surviving Mars to start, but a look at its site shows more than 200 user-created mods currently available between Surviving Mars, Stellaris, and Cities Skylines. Some of these come from recognized mod developers like ChoGGI and Silva. According to a press release, the publisher plans to roll out mod support for its other titles at a later date.

"Modding has been and remains an important part of the Paradox community," says Anders Törlind, product owner for Paradox Mods. "As we have diversified the way we distribute our games, we want to make sure all of our players can take part in the creation process."