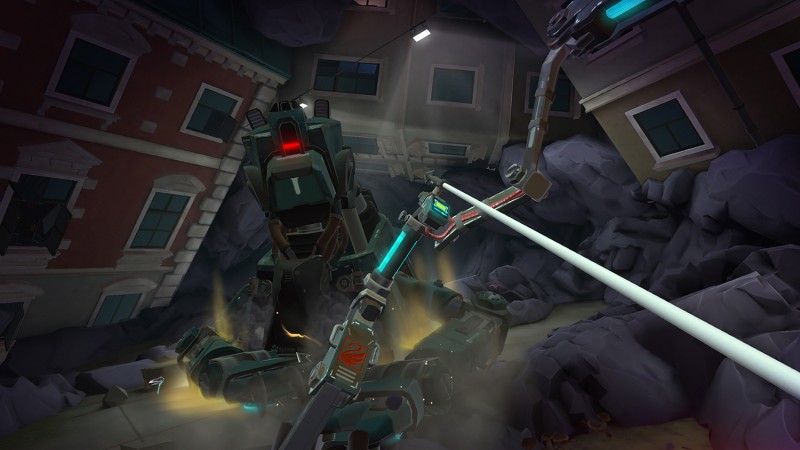 In a bizarre yet bountiful case of mistaken identity, developer Fast Travel games revealed that its VR title Apex Construct has received a big boost in sales...because people keep mistaking it for the popular battle royale Apex Legends. Yikes.

Fast Travel's communications manager Andreas Juliusson took to the Construct's subreddit to talk about the situation. Juliussion implies the studio is amused by the mixup but also mentions that Apex Construct has been bombed with negative reviews because of it. Here's the full statement:

Just wanted to share a funny story with you, hope that's OK:-) As you are most likely aware, the free-to-play, Battle Royale game Apex Legends was released last week. Not only does the name resembles our own VR game Apex Construct, the logos are also strikingly similar (ours came first though!)

Since the launch of Apex Legends on Feb 4, visits to our store page on Steam has increased with over 4000% - and Legends isn't even available on Steam at all, it's an EA Origin exclusive! What makes it even weirder is that we sold more units of Apex Construct in China the last seven days than during ALL of 2018 - apparently people are prepared to buy what they think is Apex Legends for $29.99, even thought it's a free-to-play title... Most likely these units will be refunded, but our books look pretty good at the moment;-)

There is a downside to this of course - we have received a lot of negative user reviews from Chinese buyers who feel they have been scammed, even though we have done nothing wrong! Fortunately the Steam Community team is looking into this right now. Somewhere, there are massive misunderstandings going on.

Anyway, just wanted to share this as it is quite a story for a relatively small studio like us:-) Have a great VR day!

While the whole situation is amusing, the negative reviews for something out of the studio's control are unfortunate.