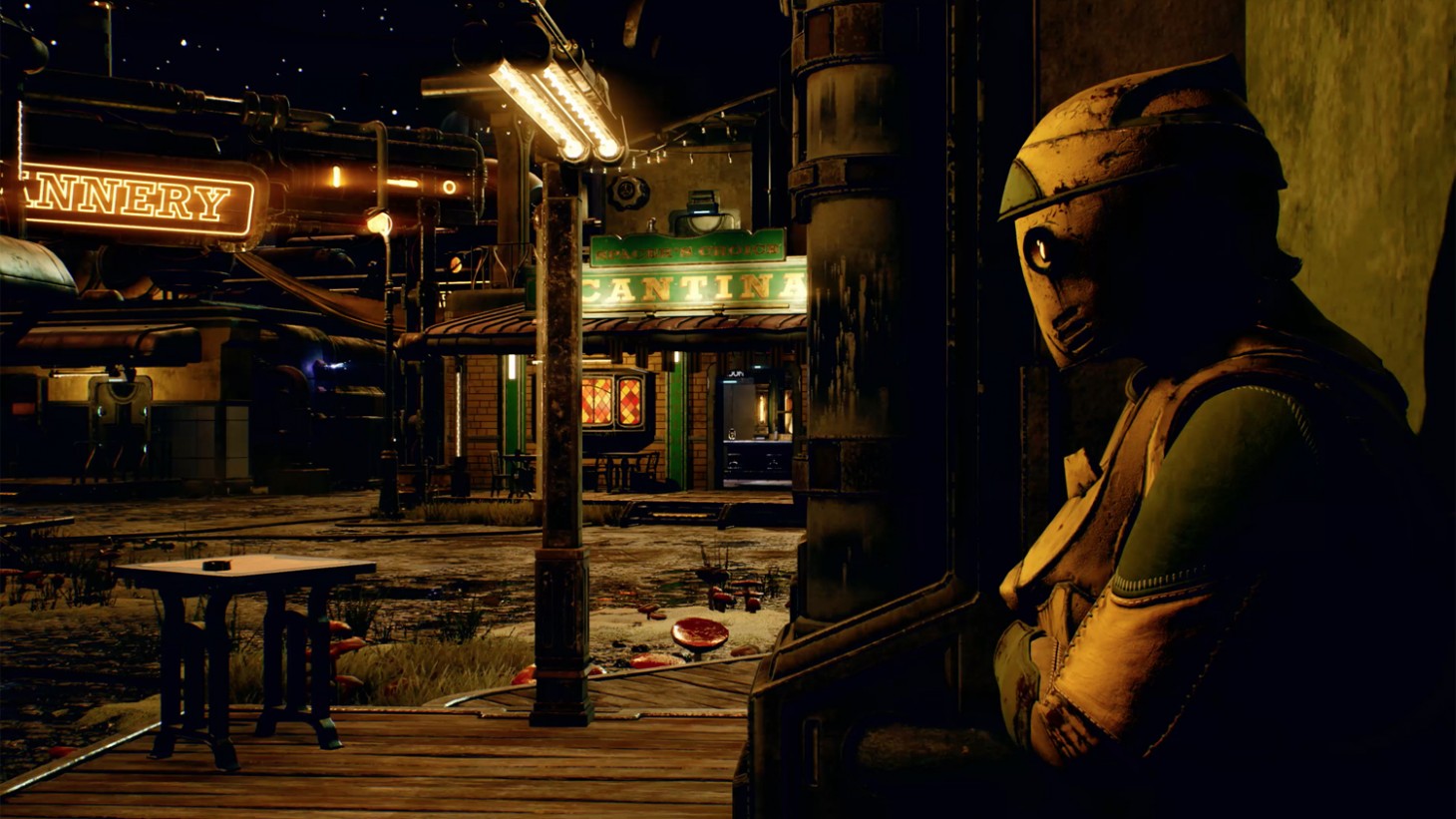 How The Outer Worlds Lets You Play Your Way

The Outer Worlds is full of different possibilities, and depending on the choices players make, their experiences with the story and gameplay could vary greatly. That’s a foundational element of the game’s design; co-directors Leonard Boyarsky and Tim Cain have been iterating on how to accommodate player choice since their days working together on the original Fallout. We talked to the duo about why this concept is so important in The Outer Worlds, and the kinds of decisions players can expect during the journey.

Broadly speaking, Obsidian wants you to play The Outer Worlds your own way, including everything from the narrative to the gameplay. “I don’t remember how we came to this formula back when we started working on Fallout, but we just looked at a bunch of games that were out at the time, and it didn’t seem you were given a lot of options in terms of playing however you wanted to play,” Boyarsky says. “There was some player choice, but it was ‘You can be the good guy this way, or you can be the good guy that way.’” 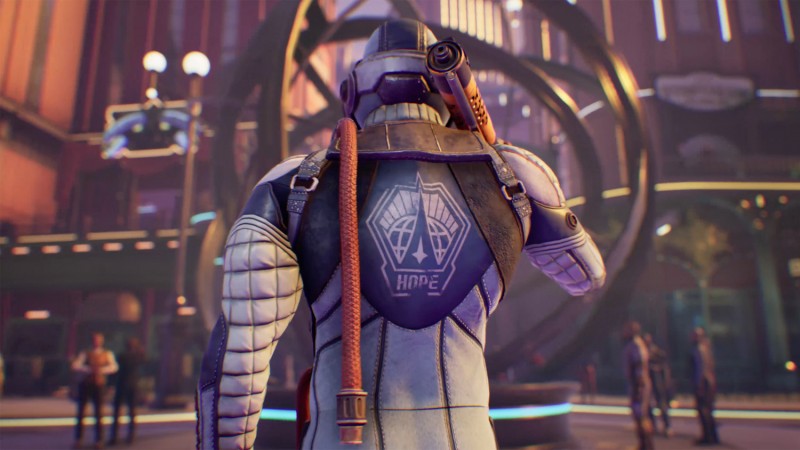 While the story does have choices and characters at different places along the good/evil spectrum, The Outer Worlds isn’t necessarily about picking a moral alignment and sticking to it. ‘It’s not “here’s the good choice, here’s the bad one,’” Cain says. “Instead, it’s like, ‘You could this or this. This will cause X, this will cause Y. You decide what you care about.’”

“What if the more evil choice has an obviously better outcome?” Cain says. “What if more people are saved by the evil choice? But it’s evil! But the result is better! Is it a worse choice? I don’t know if you can solve morality with arithmetic, but there are some things in the game where you’re like, ‘I am not sure if this is bad.’”

It all boils down to giving players options that allow them to form an entertaining and consistent vision of their character. If you want to be noble and avoid working with bad people, that’s an option. If you want to kill everybody (well, almost), you can do that too. You can say things that are nice or mean, smart or dumb. The game will track many different variables regarding your actions, so you never know how you might see your choices reflected in a given scenario. 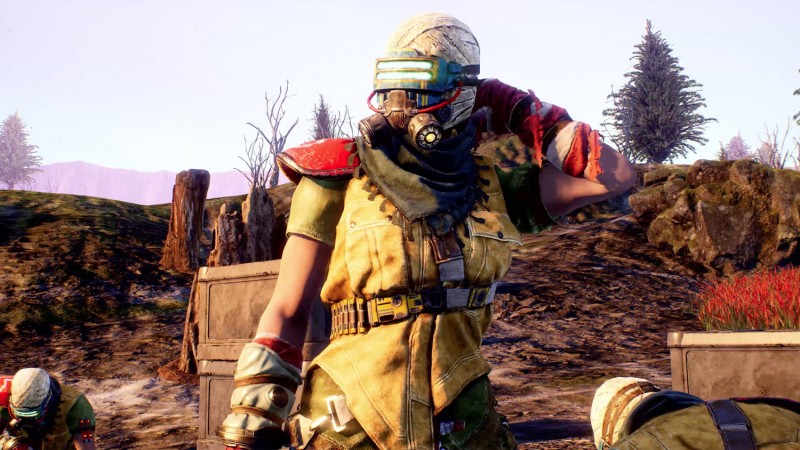 However, don’t expect your choices in The Outer Worlds to send your character down completely divergent paths. While the context surrounding major beats may change, the game is ultimately telling a cohesive story, which means all players must eventually confront the same scenarios. For example, in the first part of the game, you need to find a power regulator for your ship. All players need to do that to progress…but they don’t need to do it the same way.

“Our story structures look like footballs, where there are all these points that everybody will pass through,” Cain says. “With the power regulator for your ship: Did you work with people? Did you buy it? There’s more than one of them out there, so which one did you take? How did you handle the people who were using it? We try to arrange our story by thinking about the points all players are going to pass through, but then we try to remember what the context was so that things in the setting change to reflect the choice you made.”

This may seem familiar to fans of choice-driven experiences, but Obsidian’s path through the choke points is one taken less often. In other titles, those events often serve as a way to reset the action – a way for the game to make something uniform happen for all players regardless of their choices to drive the story forward. “We don’t demand that those dramatic points play out in any specific way,” Boyarsky says. "This is an impactful moment, but is it impactful because you did this, or this, or this? We try to take a neutral approach to that.” 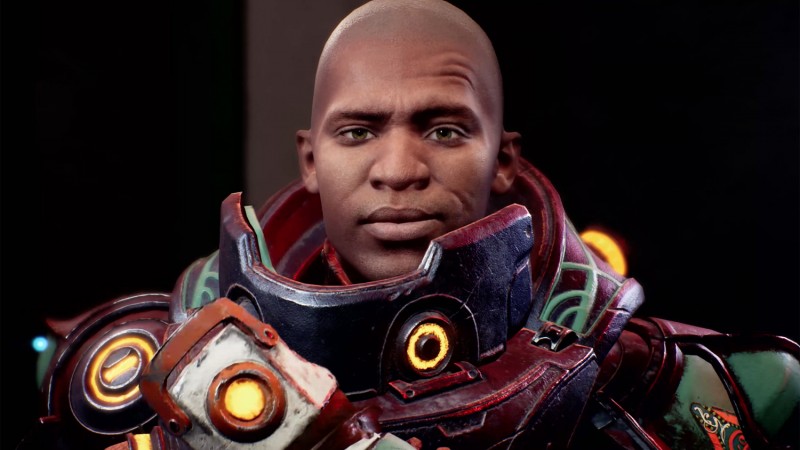 All of this is in addition to the multiple choices you are making on the gameplay front. Which skills do you invest in? How do you prefer to take out your enemies – assuming you even want to take them out at all? “We went into this thinking about hybrids,” Cain says. “There’s a stealth path, but there’s also a stealth/combat path. But what about the stealth/talker hybrid? The person who tries to talk and sneak through situations? That would be the ultimate pacifist playthrough.”

Apart from mixing the standard combat/stealth/persuasion archetypes, players can also elect to pursue a leadership-focused playstyle. This means that your individual abilities may lean more general, but you invest in skills that allow you to leverage your companions’ talents more effectively. You might do one encounter stealthily, and then by changing who you have with you, bypass the next potential encounter with persuasion. This allows you maximum flexibility – though you also lose out on the benefits that may come from maximizing a particular approach. That’s okay! There’s no optimal way to play The Outer Worlds. To play it correctly, you just need to figure out what is interesting and fun to you, and then invest in that.

“Back even before I was working in games, when I first started considering what a computer game could be, playing text games – it just felt like there was this rich world where you could do anything,” Boyarsky says. “From back when I was young, I was like, ‘Oh, that’s what a video game should be.’ So I guess I’ve never lost that crazy idea.”