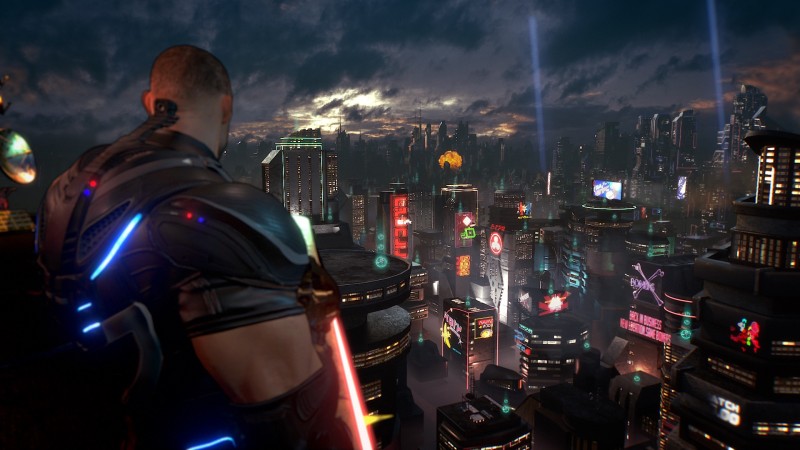 Crackdown 3 is out tomorrow, and reviews are starting to hit online. Ours won't be among them, however, since I haven't had the opportunity to play the game's Wrecking Zone multiplayer on live servers. That's not to say I haven't formed an opinion on what I have played of the campaign mode.

First, the good news: Controlling the Agent is great, and it captures a large part of what made the original game so enjoyable. I've had a lot of fun completing various parkour challenges and collecting the orbs scattered throughout New Providence.

Unfortunately, the rest of the campaign hews far too closely to the original. If you loved that game and haven't spent much time with other open-world titles, it might be easy to forgive its lack of innovation. I play a lot of sandbox games, and Crackdown 3's stubborn adherence to gameplay systems from 12 years ago make the campaign feel stale overall.

I'll post my final thoughts after I'm able to spend some time with Wrecking Zone. In the meantime, you can check out our recent episode of New Gameplay Today Live on Crackdown 3.