A Copy Of Super Mario Bros. Just Sold For Six Figures At Auction 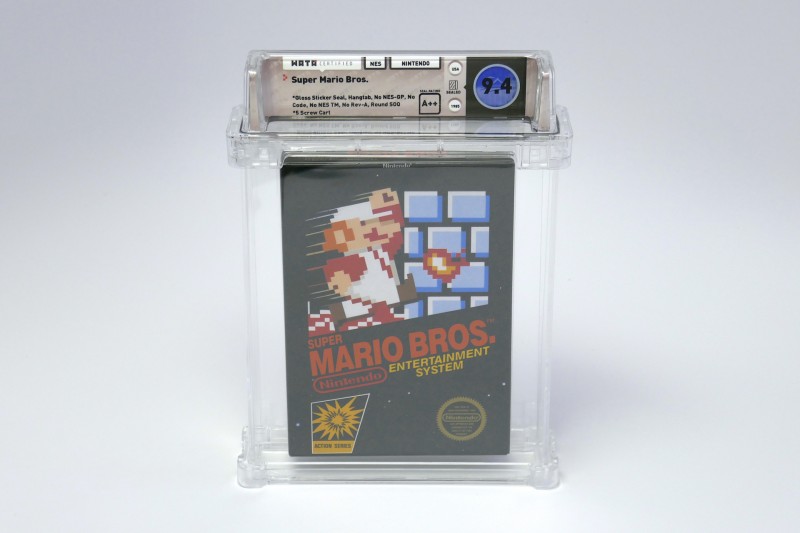 Every few phone calls with my mom, I usually have to explain why throwing away all my old video games left in a box in my childhood home is a bad idea. I tell her things in there might sell for quite a bit of money one day and she scoffs and tells me there's no way a dusty old cardboard box full of games will sell for a significant amount. While there may be nothing in there that will sell for $100,000, a recent auction proved for the first time that video games can indeed hit numbers that high.

The game in question is Super Mario Bros., the 1985 original platformer that helped launch Nintendo into the realm of being a household name in the west. As Nintendo tried convincing test markets in America to carry the Nintendo Entertainment System, most retailers were skeptical after the Atari crash. This meant that the company would try things in Los Angeles and New York City that wouldn't really get out to the larger continental United States. One of these things was packaging a reprint of Super Mario Bros. without shrinkwrap and instead using an official Nintendo sticker to seal the box for an extremely limited time in those two cities.

As you can guess, a mint copy of the game with that sticker intact goes for a pretty penny. A lot of pretty pennies, in fact. At a recent auction last week, the game went for the shockingly high price of $100,150 dollars, the first time a single game has sold for six figures.

It's not that none of these stickered versions have ever been seen, it's that they have never been auctioned off at this quality. By virtue of not being shrinkwrapped, the boxes have significant wear and tear over the last 30 years, meaning that very few are museum-quality. This one has been sealed and stored for decades and fetched a price to prove it.

The item was bought by a group of collectors, archivists, historians, and other auctioneers. I should see if they want to buy my copy of Shadow Hearts for the PS2.