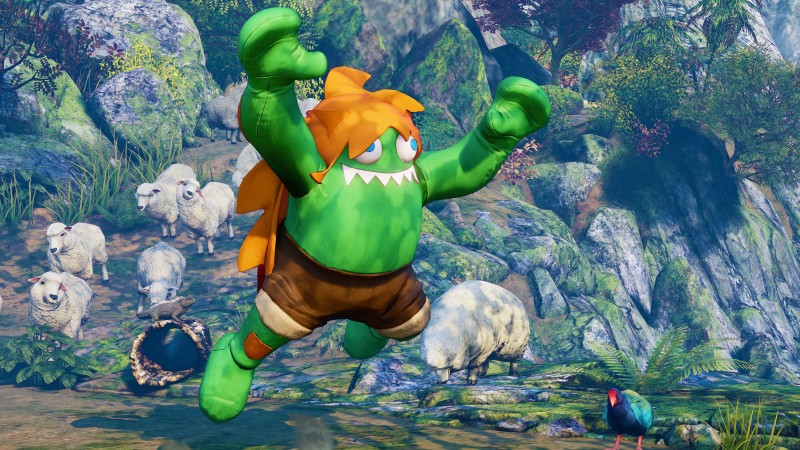 Street Fighter V players have discovered a glitch that lets Blanka get free hits on the opponent and set up ridiculous combos, but both Capcom and Evo Japan are already cracking down on it.

The glitch was discovered early yesterday, as players online found themselves facing off against what looked like a new ability in Blanka's (shown here in his "Blanka-Chan" outfit) toolkit: The ability to freeze time. Essentially, by precisely canceling his super animation into his "Surprise Forward" or "Surprise Back" abilities (the ones where he does a quick hop), players can move around during the short "super flash" animation, rendering their opponent helpless as they are prevented from moving, blocking, or attacking during this short time period. It's quick, but long enough to be immensely powerful.

Players quickly began replicating and capitalizing on the glitch, going into training mode and pumping out new, absurd Blanka combos.

(Note that this video is sped up.)

Even without tricky combos, however, the glitch seems perfectly applicable (and abusable) in a real match, even if you're not 100-percent capable with it.

It seems pretty game-breaking. Capcom, however, is aware of the glitch, and plan to fix it "in the near future." Until then, the timing of the glitch's discovering is unfortunate for the upcoming Evo Japan tournament this weekend, which is hosting a major event for Street Fighter V. The event has decided to ban the glitch for the event; entrants will still be able to select Blanka, but cannot perform the glitch in a tournament match. Anyone who does will be disqualified.