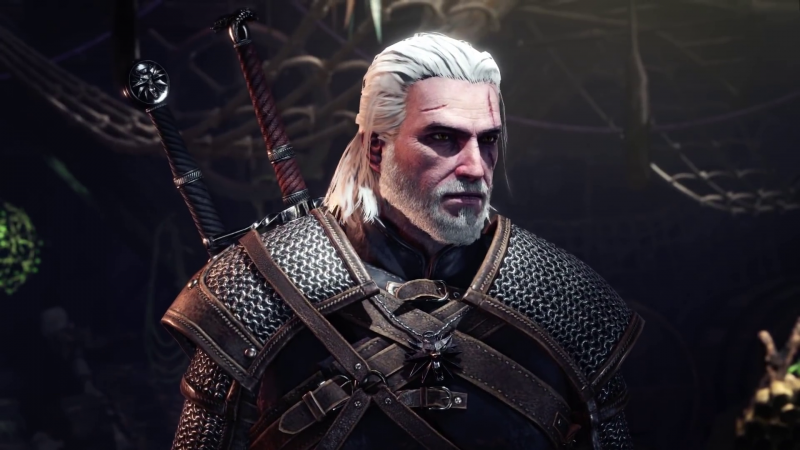 Geralt of Rivia is set to make his newest crossover appearance in Monster Hunter: World later today, coming as an actual character to the game and not just a usable skin. While details are still a little murky on how that works, players will be able to meet and play as Geralt in the game before the end of the day.

Along with new story content, Geralt is also bringing along some new quests centered around his background as a Witcher, a slayer of the supernatural and preternatural creatures. The White Wolf's inclusion in Monster Hunter was done in close concert with CD Projekt Red, who helped make sure the animations, cutscenes, and everything else involving Geralt was accurate to the character.

This also brings the Geralt-to-Ryu connection much closer than before, as Ryu is a skin in Monster Hunter World. Previously, the connection was Geralt in Soulcalibur VI with characters who were in Soulcalibur II with Heihachi who was in Street Fighter x Tekken with Ryu. Now it's a lot more direct, so obviously Geralt can be in Super Smash Bros., right?

The free DLC content arrives on PlayStation 4 and Xbox One today, but will come to PC a little bit later.