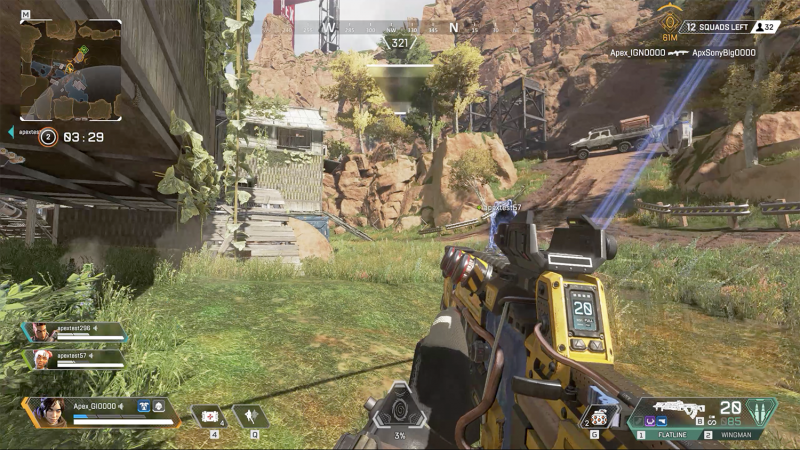 Repsawn unveiled (and released) a new Titanfall game called Apex Legends today that has two twists. The first is that it’s a free-to-play battle royale game. The second is that there are no titans. Naturally, we had to ask why.

Here’s what Executive Producer Drew McCoy said about the lack of titans in Apex Legends when I put the question to him during an interview:

They were just an incredibly unbalancing force on the game. We tried a thousand iterations on them and that really speaks to what Titanfall and Titanfall 2 were trying to do. They were just power fantasies where you get to power up and stomp around and squish guys and go back to being a pilot – and those are just sort of opposed goals to this game. Just because it’s cool in that game and they’re both in the same universe doesn’t mean that element fits here. So when we were prototyping it all, we tried a bunch of versions where the Titans were weaker or harder to get or there’s only one on the map.
The problem with that is once you get them balance and they’re not destroying the integrity of the of game, they’re no fun.  You don’t get that power fantasy. You’re driving around in a paper mache titan. What’s the point of that? That was actually a really big contentious point of development early on. We try not to be beholden to any preconceived notions about what we should be making. We let ourselves find the fun and that’s where a lot of our decisions come from.

You can read the full interview here. For more on Apex Legends, check out our impressions and tips here.