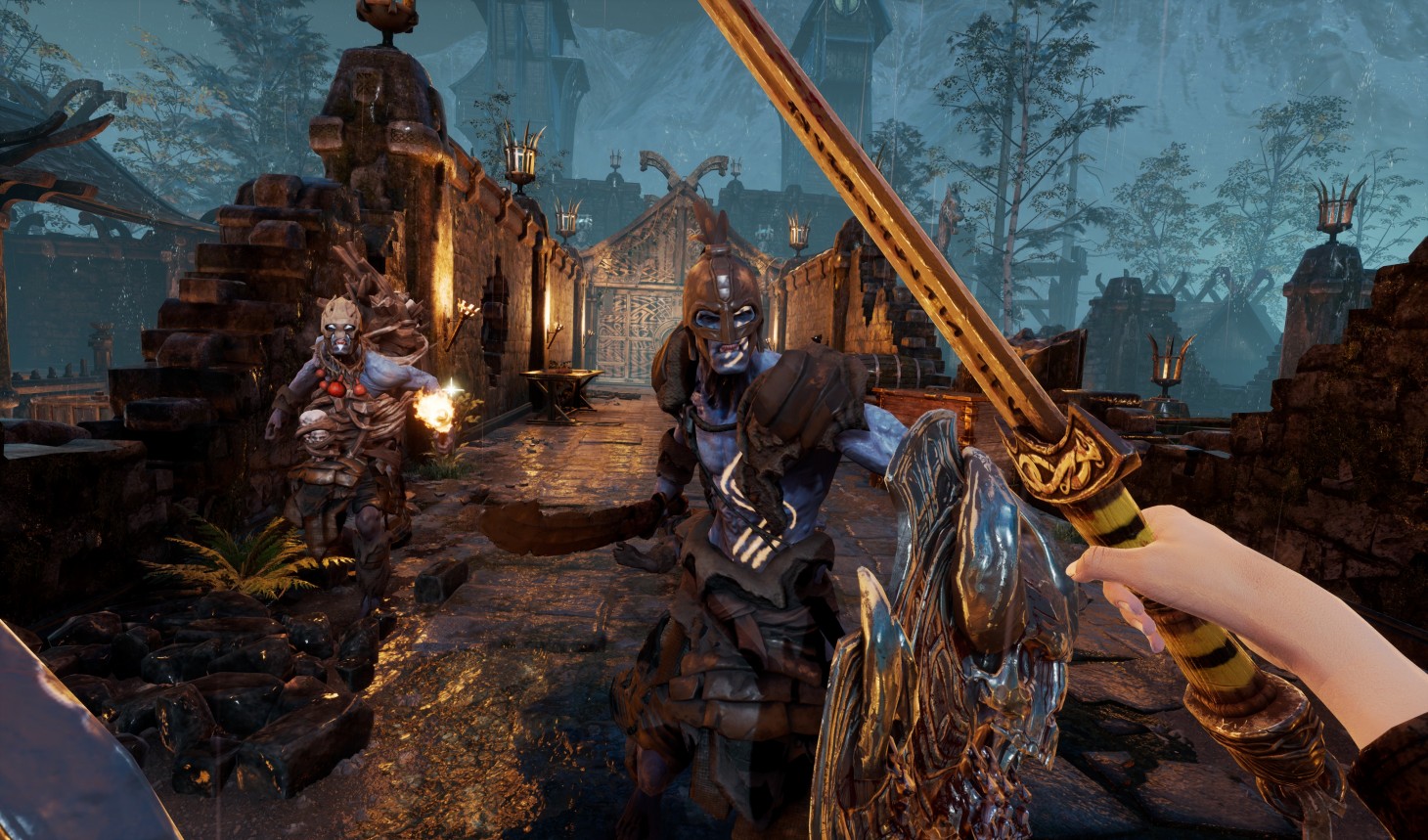 In this month's issue, we have the first hands-on preview of Asgard's Wrath, the newest game from Sly Cooper 4 developers at Sanzaru Games. After a number of successful virtual reality titles like Ripcoil and Marvel Powers United, Sanzaru has teamed up with Oculus for a new virtual reality action game unlike any other. Asgard's Wrath hopes to bring a full, uncompromised action journey to the Oculus Rift with a full-length campaign, side quests, boss battles, and more steeped heavily in Norse mythology.

In the feature you can read in the digital issue, you can learn all about the way Asgard's Wrath is bringing the kind of gameplay you would expect from a full-fledged console title with all the benefits of VR. Combat in the game requires every tool at your disposal, including a level of physicality that will make the you feel like you're fighting off the hordes of Hel yourself.

The story of Asgard's Wrath will take players on a tour through Norse mythology with Sanzaru's own spin on it. The game tells the tale of the twilight of the Norse gods as they struggle to maintain relevance in the face of a changing world. With key players like Loki, Odin, Heimdall, and others playing roles in the story, the plot of the game will take players through an epic journey of gods and the humans who worship them.

For fans of virtual reality, or people who have just been waiting to see the medium mature before they jump in, make sure to read all about Asgard's Wrath in our digital issue out today.