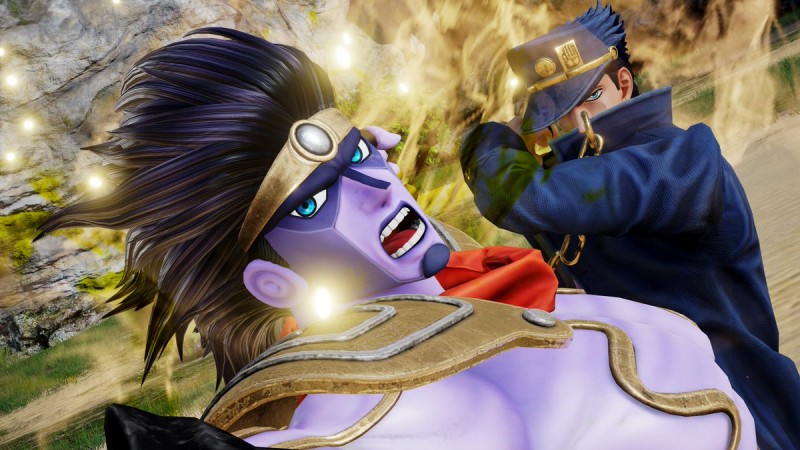 Bandai Namco has revealed two new characters for Jump Force, the upcoming crossover fighter featuring characters from all number of Shonen Jump manga. You can't have a Jump crossover without some representation from Jojo's Bizarre Adventure, however, and it makes sense to bring in the series' biggest villain and its most popular protagonist.

ALL-NEW screens of Jotaro and Dio coming your way! Get ready to UNITE TO FIGHT with him in #JUMPFORCE and pre-order today: https://t.co/2aJpkIOzL5 pic.twitter.com/LbJ3PZ2Gpq

So now you can play as an eternal vampire or a guy who is super, super good at punching. I'd put my money on the punching.