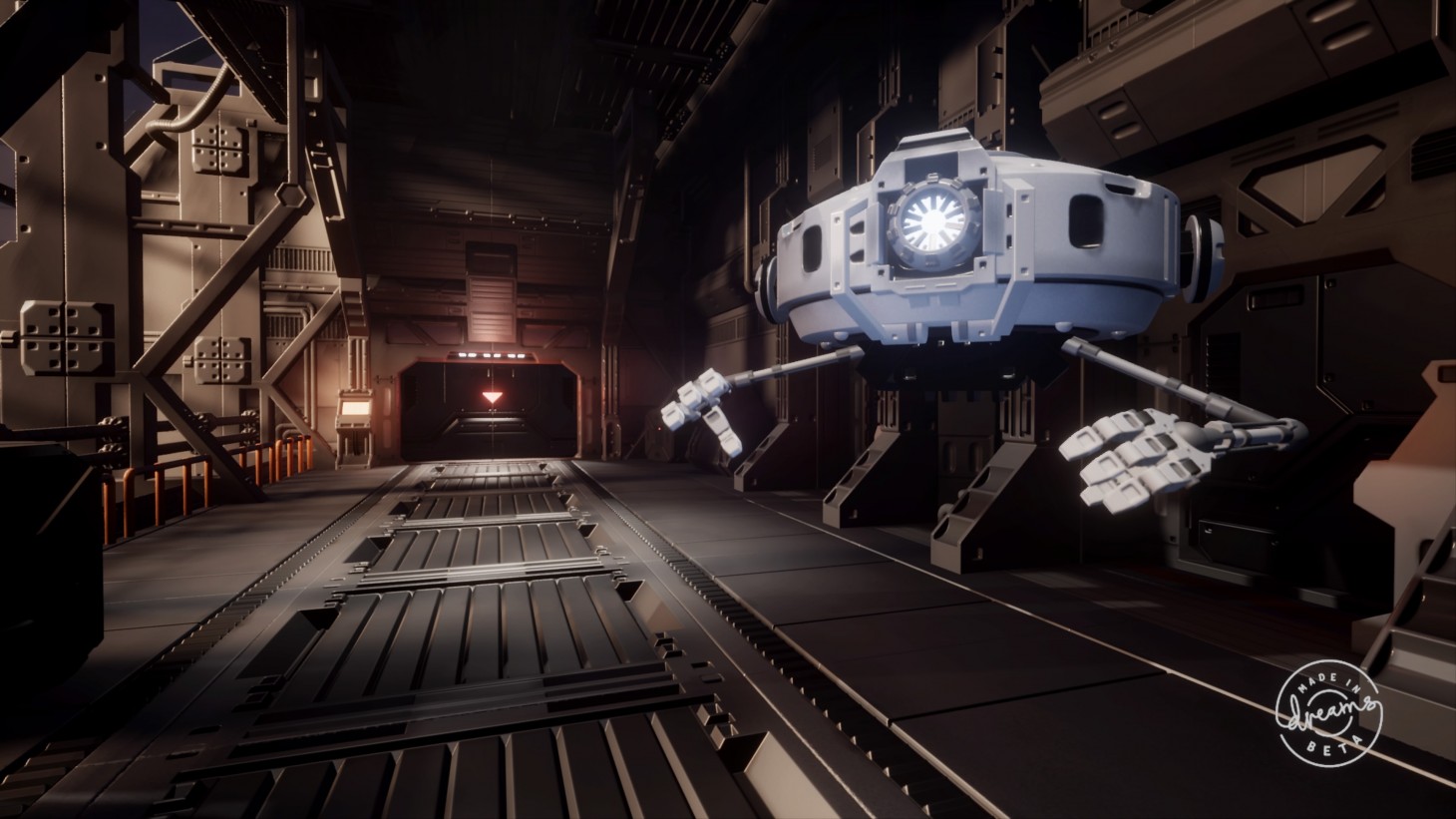 The Most Impressive Creations In Dreams So Far

Media Molecule's Dreams has been in closed beta since mid-December, and we're already starting to see some really impressive work from players. In Dreams, players can both create their own games and play experiences made by others. In just over a month, there's been a plethora of player-made content ranging from game demos to experimental art design.

We've checked out the closed beta ourselves and found some pretty cool stuff. These include short interactive cinematic experiences, proof of concepts for larger games that creators say they'll finish when Dreams launches, and more. Some are buggy or janky, but that's to be expected as creators get their heads around Media Molecule's extensive but complicated tools.

This list contains original content rather than clones or remakes of games that already exist. If you want to see Dreams versions of Cuphead, Legend of Zelda, and more, check out our video where we explore them.

Here are the most impressive creations that we've found so far. 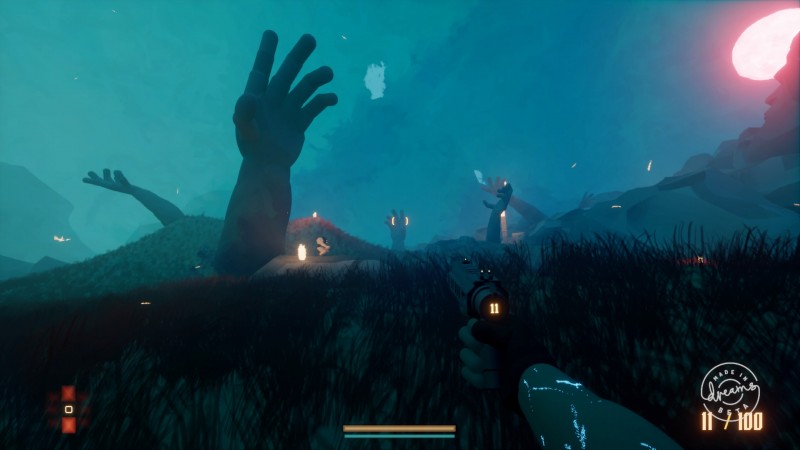 This first-person shooter takes place on a surreal landscape; maybe even on an entirely different planet. Large statue-like hands stick out of the ground, and zombie cyborgs chase you. Your only chance of survival is by shooting down these creepy foes or making a run for it. 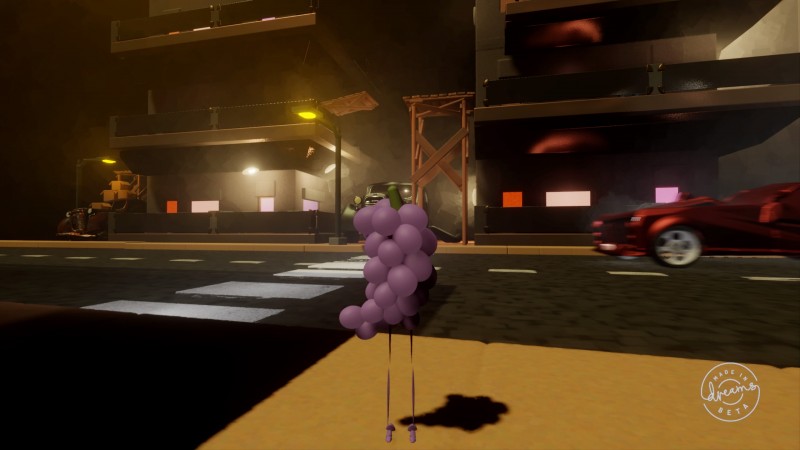 This is one of the weirder concepts I came across in Dreams, but also one of my favorites. You play as a bunch of grapes trying to get back home to their grape friends. I don't want to spoil how it ends, but it gets wilder the more you progress. You spend your time jumping atop oversized chairs, balconies, and cars. 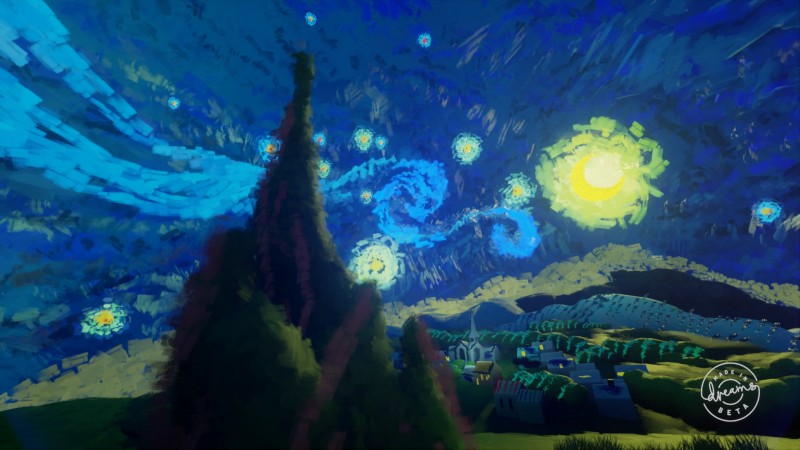 This is more of an interactive art piece than a game, but that doesn't make it any less spectacular. You begin in a small bedroom by a window. On the window sill, you can drink some absinthe, which then blurs and distorts your vision. Outside the window, the sky begins to swirl and distant mountains shift in form until they look nearly identical to Van Gogh's Starry Night. 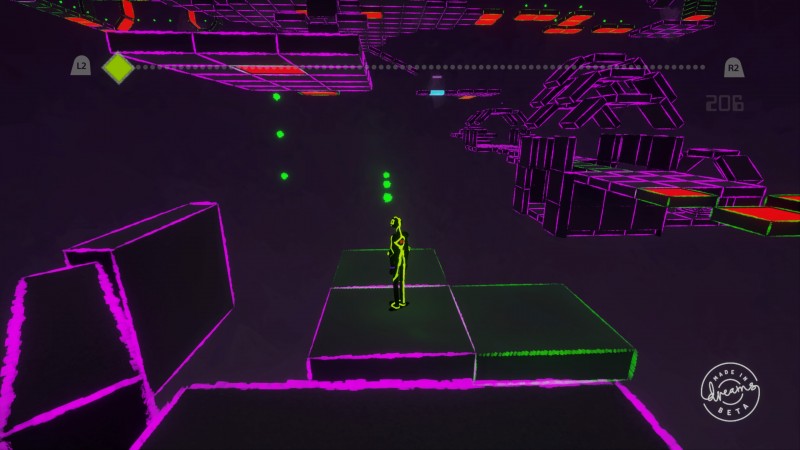 With some impressive puzzle design and an interesting concept, Time Corruption is a stand-out game demo. The Tron-inspired, neon visuals create a striking aesthetic. You progress by jumping on various platforms and collecting glowing orbs. In this universe, time has been stopped "to prevent further damage." Once you find the time-control bracelet, you can control time by fast-forwarding or rewinding. Doing so moves platforms and obstacles out of your way, though you need a keen eye to get out of some tricky areas. 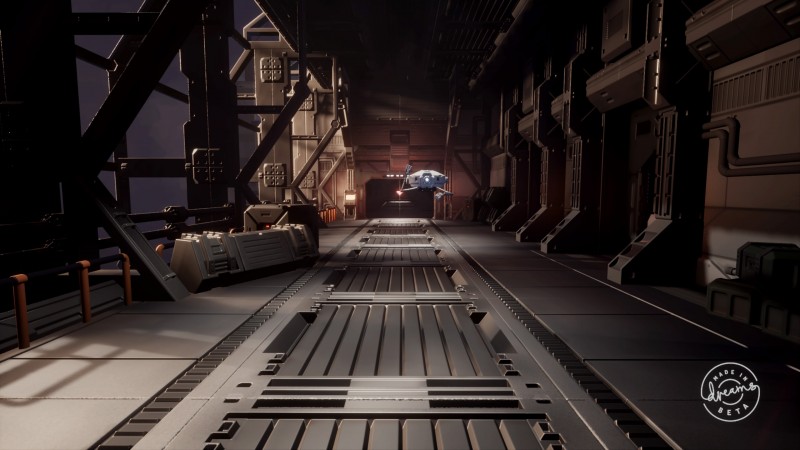 This short game demo is part of a larger game that the creators plan on launching once Dreams is out. You explore a space station from a first-person perspective, with guidance from a floating robot who helps you unlock doors and pushes buttons on different interfaces. You need to find your way home, but things go wrong in the process. With fantastic-looking hallways and a massive hangar, The Encounter is one of the most visually impressive games in Dreams. 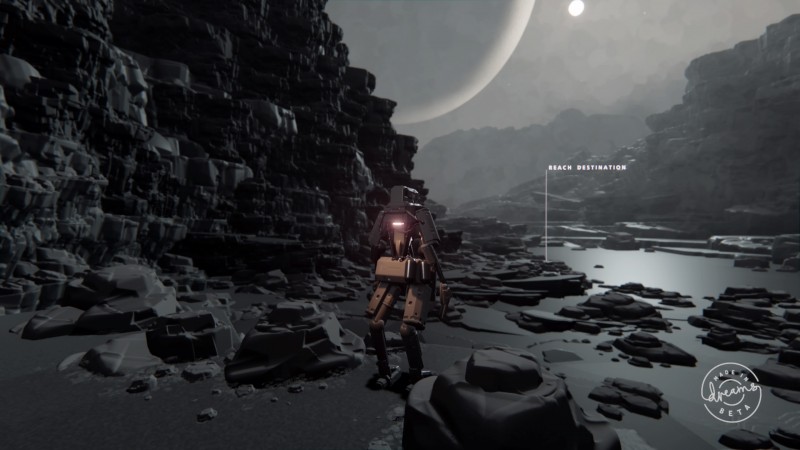 This is another piece from Disarmed, who is one of the more talented and prolific Dreamers I've come across. In Curiosity, you play as a robot who journeys through a barren land. All you have to do is get to the destination waypoint, so gameplay is minimal, but it's another one of those Dreams creations that shows off some brilliant aesthetics. 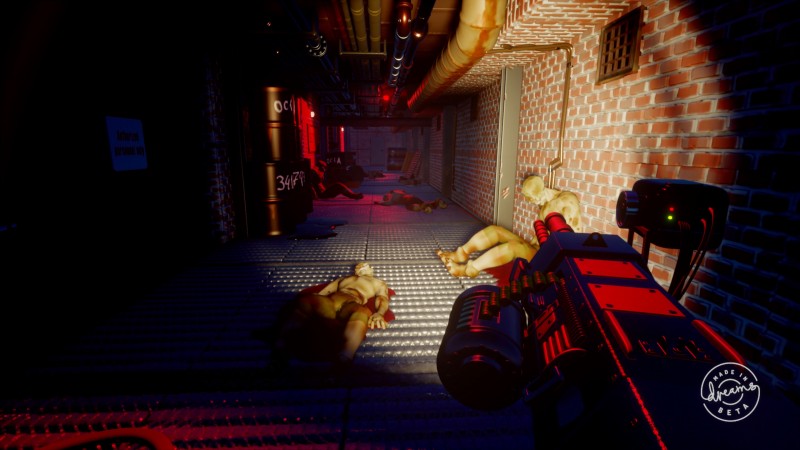 More of a proof of concept than much else, Project Dead is a short cinematic where you walk down a hallway littered with dead bodies. With a massive gun at your disposal and a suggested history of carnage, it gives off some mega Doom vibes. I look forward to seeing what else its creator brings to Dreams. 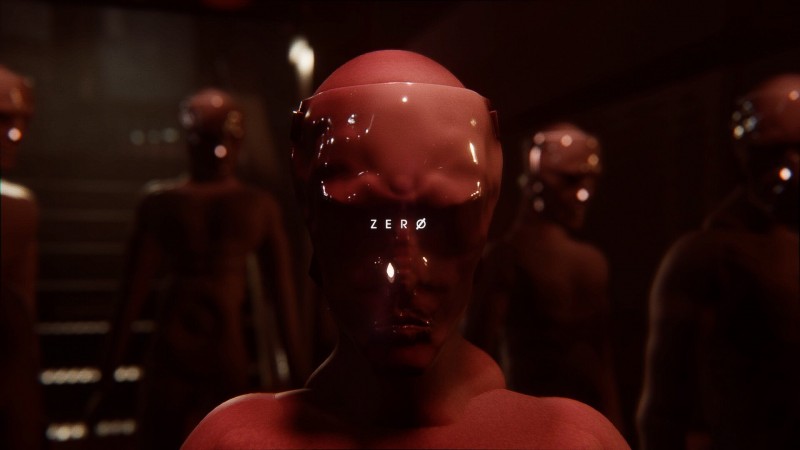 This collaboration between two players, one of which is the creator of Prometheus, is a beautiful-looking FPS that shows off Dreams' potential for realism. The team only has a visual test that's viewable on Dreams called 'Metro - Realistic Visual Benchmark' that doesn't have any gameplay. Details are slim, but you can take a look at some stunning screenshots here from the developer.

Have you been playing the closed beta? Made any cool projects yourself, or come across some we didn't mention here? Let us know in the comments!