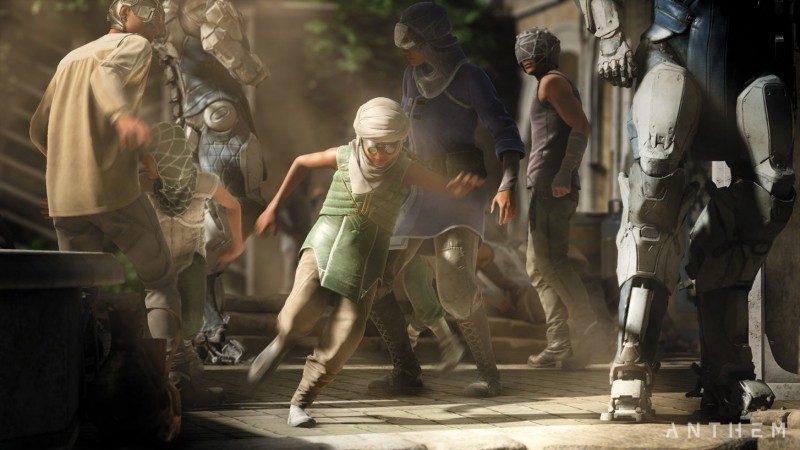 Fans who participated in the recent Anthem beta were taken aback by the absence of a sprint mechanic within the game's hub, Fort Tarsis. Mark Darrah, Anthem's executive producer, juxtaposed the slower pacing of the HQ zone with the speed of the greater open world. In an interview with GamesRadar, he explained the need to make players feel weak outside of their armor suits.

Despite those original plans, BioWare is adding a sprint feature to Fort Tarsis for launch day. For all those frustrated by the mobility issues, your concerns have been heard and implemented! Anthem releases on PlayStation 4, Xbox One, and PC on February 22. Check out our interview with BioWare detailing ideas for the game's future and the studio's intentions to make more fixes based on player feedback.