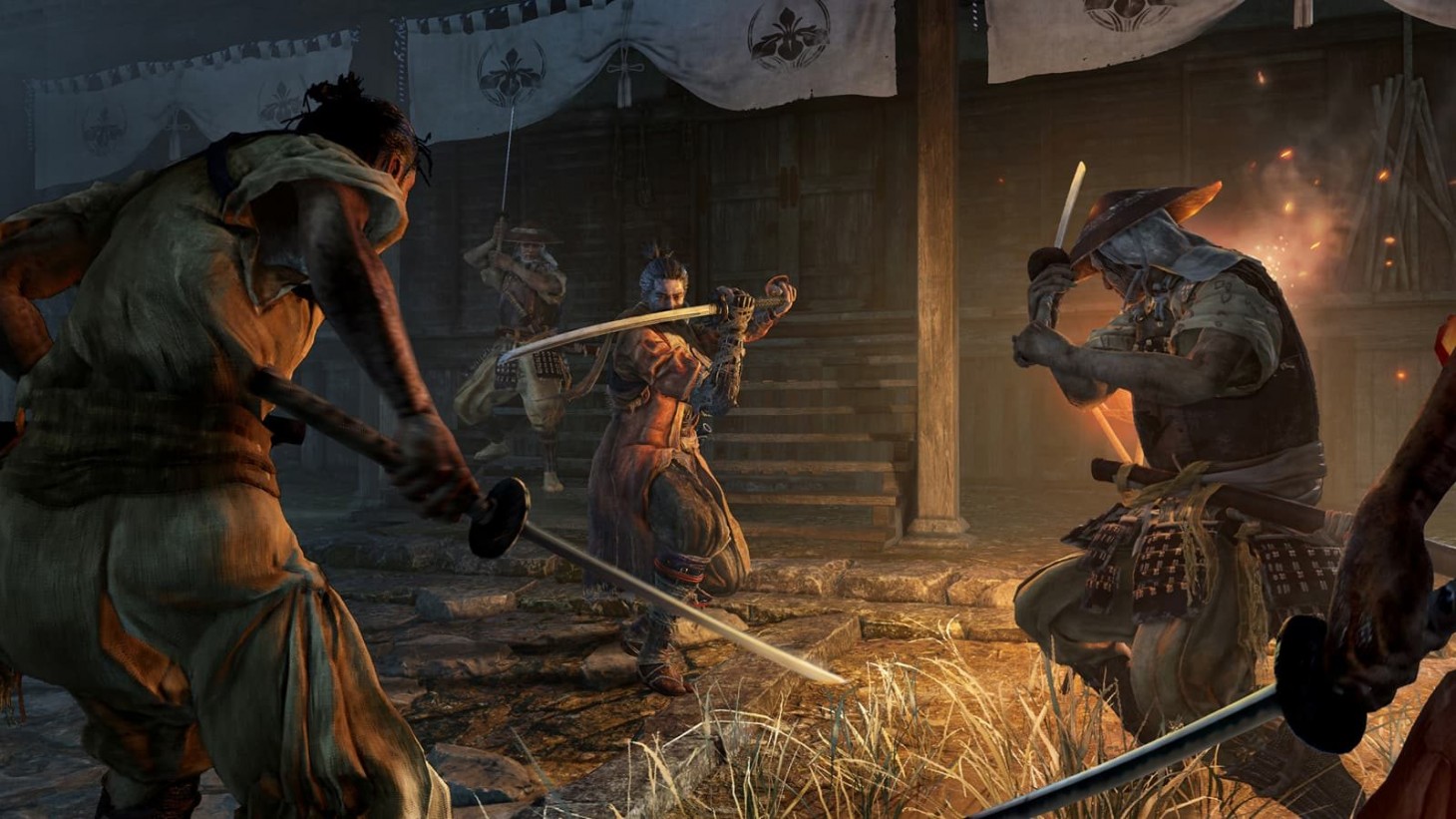 When it was first revealed at last year's E3, one of the biggest surprises about Sekiro: Shadows Die Twice was its publisher: Activision. Before, From Software tended to work almost exclusively with Japanese publishers, and hadn’t worked with an American company to release their games since 2009’s Ninja Blade (published by Microsoft), opting instead to work with publishers like Bandai Namco, Sony, and Capcom. But as with Sekiro itself, which aims to distinguish itself among From Software games, the deal between From and Activision breaks new ground for both companies.

When From first began working on Sekiro, the leadership group didn’t have a particular publisher in mind. The studio was in talks with various companies about the project. “Activision actually showed the most keen interest in the project proposal,” says Yasuhiro Kitao, From Software’s manager of marketing and communications. For its part, Activision was looking to expand outside its usual shooter and platforming wheelhouse, and working with a premiere Japanese developer like From presented the chance to do exactly that. “Sekiro adds something very different and special to our lineup of games,” says Michelle Fonseca, senior product and marketing director at Activision.

At that time, what Sekiro would actually be was still up in the air. “It certainly wasn't Sekiro when we first started talking with From Software,” Fonseca says. “Miyazaki was really interested in creating something in Japan, and specifically in the Sengoku period, he was really interested in that time period. So they thought Tenchu would fit with his interest.” Both companies have a history with the Tenchu franchise, with Activision having published the series’ early titles in North America (and was the worldwide publisher of Tenchu 2: Birth of the Stealth Assassins in 2000) and From having taken over the series in 2004. From even developed a title in the series, Shadow Assault, in 2008.

But while Tenchu seemed to fit thematically with what the series was going for, as the game continued to take shape tying it to that franchise began to make less sense. “It became clear to both sides that this was something unique and special, and something that should be an experience on its own,” Fonseca says. “If you attach it to an IP that is known and beloved by fans, you become constrained.” From then began shaping what would become the world of Sekiro.

As Activision and From continued to work together, both companies saw the partnership as mutually beneficial. “They offered to help us with areas that we don’t consider our expertise, such as user testing, offering feedback in regards to usability, things like this,” Kitao says. From sends Activision builds of the game every week, and the latter uses its large user research and quality assurance teams to give From feedback when it comes to onboarding new players. "We’re getting a lot of stimulation from the ideas they give us," Kitao says.

On the flip side, From brings with it an enormously passionate fanbase, and Activision knows it has to tread carefully. “From has always had this sense of mystery in their games, so there's a fine balance between walking people through the experience and allowing them to discover it,” Fonseca says. “We've been very thoughtful on what to show and how to keep that right pace for the fans. We don't want to show too much [in the marketing], either. There's a lot that we want to reserve for people to discover on their own.” Activision doesn’t want to lose what makes From games special, so it’s letting the developer do as it pleases with their feedback. “[Activision has] given us all creative control of the project,” Kitao says. “Everything past the start screen is From’s jurisdiction.”

It’s hard to say how the final product of From and Activision's partnership will turn out, but our extended time with the game definitely looks to preserve the spirit From has instilled in all of its games, while hopefully letting them reach a wider audience. “It’s a really great collaboration that we’re proud of,” Kitao says.

This is our final feature on Sekiro: Shadows Die Twice for the month. To learn more about what From has up their sleeve when the game launches on March 22, click on the banner below to see all of our previous coverage.