Nintendo has announced that it is restarting development of Metroid Prime 4 for the Switch, partnering up with original series developer Retro Studios to work on the game.

In a special video, Shinya Takahashi, Nintendo senior managing executive officer, says the project – first announced at E3 2017 – so far hasn't met the company's standards. Going forward, the internal development producer, Kensuke Tanabe, will work with Retro to start over on the project.

Almost a year ago, a report surfaced that a development branch of Bandai Namco in Singapore was working on the game, but Nintendo did not make any official announcements on the matter.

Naturally, this situation means the game is not expected to release any time soon, and Takahashi says the development time will be "extensive." 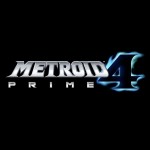