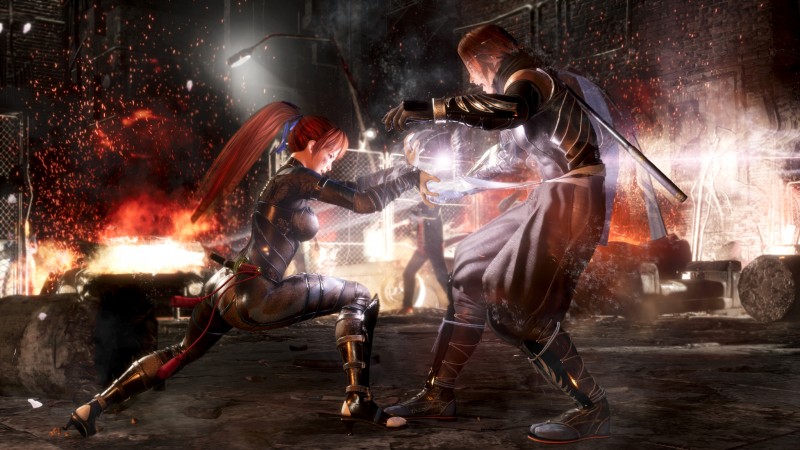 During a recent Dead or Alive event, I got a chance to chat with Team Ninja's Yohei Shimbori, director of Dead or Alive 6. Having been on the series since Dead or Alive: Dimensions, Shimbori lives and breathes Dead or Alive. While we were talking about the new game's story mode, Shimbori made a reference I didn't expect. I asked him whether Dead or Alive 6's story mode will be understandable for new players and Shimbori went on a slightly longer answer about it being one part of a larger story.

"If you went to Avengers: Endgame without seeing Infinity War, you'd probably be pretty confused, right?" he said through a translator. "But some people will do that, anyway. They might enjoy it so much they'll go back and watch the old movies for a better idea."

The broaching of the subject of films reminded me of something I had always meant to ask him: Has he ever seen the Dead or Alive movie?

"Yes," he said, pausing and sighing. It seemed like kind of a sore spot.

DOA: Dead or Alive is a 2006 western adaptation of the Team Ninja game series made for the big screen. It was critically panned, lasted only three weeks in theaters, and failed to make back the money used for production. I'm not going to suggest it's worth seeking out, but if it happens to be on a TV somewhere in your vicinity, you wouldn't be wasting your time watching it in bits and pieces. I was eager to know what Shimbori thought of the movie, though.

"It was really fun seeing all the characters in Dead or Alive cosplay," he said. "Beyond that, it was a movie so it was quite different from the game. It's hard to judge it based on that."

I asked him if he could make a new Dead or Alive movie himself, what would he do differently?

Shimbori laughed, saying "If I could make a new one, I would make Bayman the lead role. Just make the movie about him." It is also worth mentioning that, when I asked Shimbori about making a Ninja Gaiden-style spinoff with other DOA characters, he immediately suggested a "Bayman Gaiden." Also he was dressed as Bayman during the entire interview. I'm not joking.

Dead or Alive 6 releases on PlayStation 4, Xbox One, and PC on March 1.