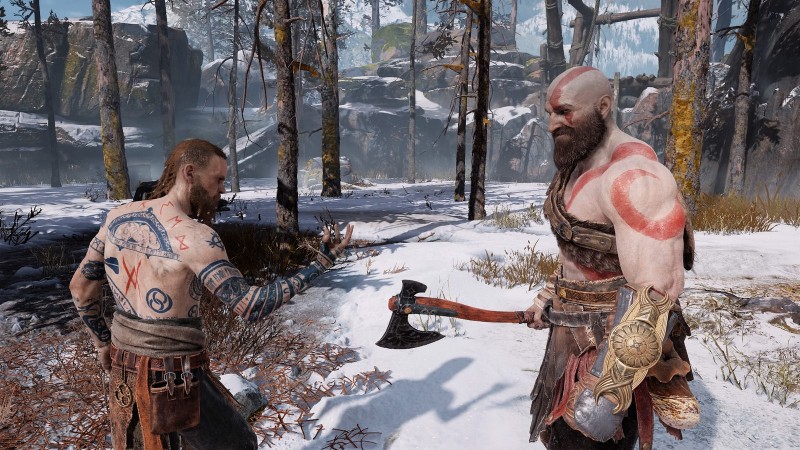 God of War is a really gigantic game. A really great, gigantic game that won our Game of the Year award, in fact. But even in the biggest games, some stuff has to get left on the cutting room floor and, in this case, boss fights were one of the the things that had to be pushed aside. While previous God of War games were known for their numerous and unique boss fights, the latest game leaned heavily on the same troll monsters to do the heavy lifting, leaving most of the spectacle to a few others scattered throughout the game.

In an interview for the NoClip documentary on the game, director Cory Barlog explained that it simply wasn't feasible to add more.

"We cut a lot of bosses – a lot,"  Barlog told NoClip's Danny O'Dwyer. "Y'know, we had so many more, it was a much more ambitious, crazier game. As you go through development, you start realizing, no, it's too big, we can't do this. One boss takes like 30 developers a year and a half. It's an absolutely massive scale when you really consider it."

Barlog went on to describe that there was a "boss team" working on bosses for the game, but they had to work on other things as well, making it more difficult to simply add in bosses.

The director also described how the trolls, which were plentiful boss fights throughout the game, were never actually meant to be bosses. The team had trouble figuring out where to put the health bar on the massive creatures and eventually decided it made the most sense to give them a boss health bar that is always on screen. Barlog wanted to do more with the lore of their names, as well, but couldn't fit it into the scope of the story. His explanation for how they fit into the game can be found in NoClip's documentary above.

How do you feel? Was it the right call to release God of War with the number of bosses it had?