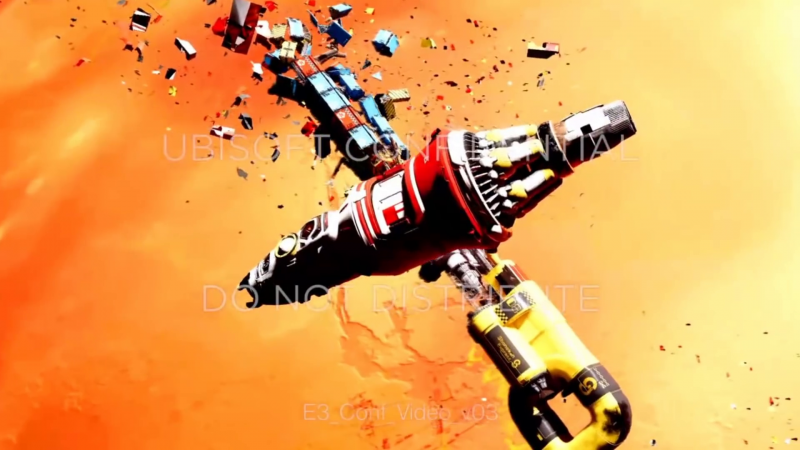 In Watch Dogs 2, the protagonist Marcus Holloway sneaks into video game developer Ubisoft's San Francisco office and leaks a video game trailer intended only for internal use but teasing an E3 release. While a lot of people posited that the trailer was probably a real thing under Ubisoft's creation, Kotaku's sources confirmed that the sci-fi game Pioneer was a real product in development and Watch Dogs' use of it was an intentional tease. Now it seems like game might be dead.

Alex Hutchinson, former Ubisoft director of games like Far Cry 4 and Assassin's Creed III, recently tweeted a suggestion that the Pioneer project is no more.

When asked if this means the project is "super dead," Hutchinson replied with more crying emojis. The timing of Hutchinson's employment at Ubisoft would have fit with him working on the game in some capacity before he left. While there's no statement from Ubisoft on the matter, they also technically never announced the game, so a public cancellation would also probably be strange.

Hutchinson himself is developing the recently announced Journey to the Savage Planet, revealed at The Game Awards last month.

For now, we just have to think about this extremely strange way to soft-announce a game within another game that ended up never actually coming out. With no Assassin's Creed game scheduled for 2019, Ubisoft might be looking to produce another Watch Dogs title for this year with another theoretical preview built into it.