Comparing Onimusha: Warlords On PlayStation 2 And Xbox One X

Onimusha: Warlords originally released on PlayStation 2 in 2001 and it was a showstopper for the new system. It looked great, and scratched a samurai-era Resident Evil-style itch we didn't know we had. The series has been pretty dormant over the last few years, but it is finally resurfacing thanks to a re-release on PlayStation 4, Xbox One, Switch, and PC on January 15. It's a remaster as opposed to a full remake of the original game, so we decided to put the two versions side by side to see how they compare.

For more in Onimusha: Warlords, you can head here to hear us discuss the remaster more and watch us play on New Gameplay Today. 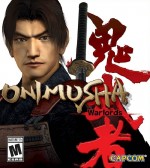