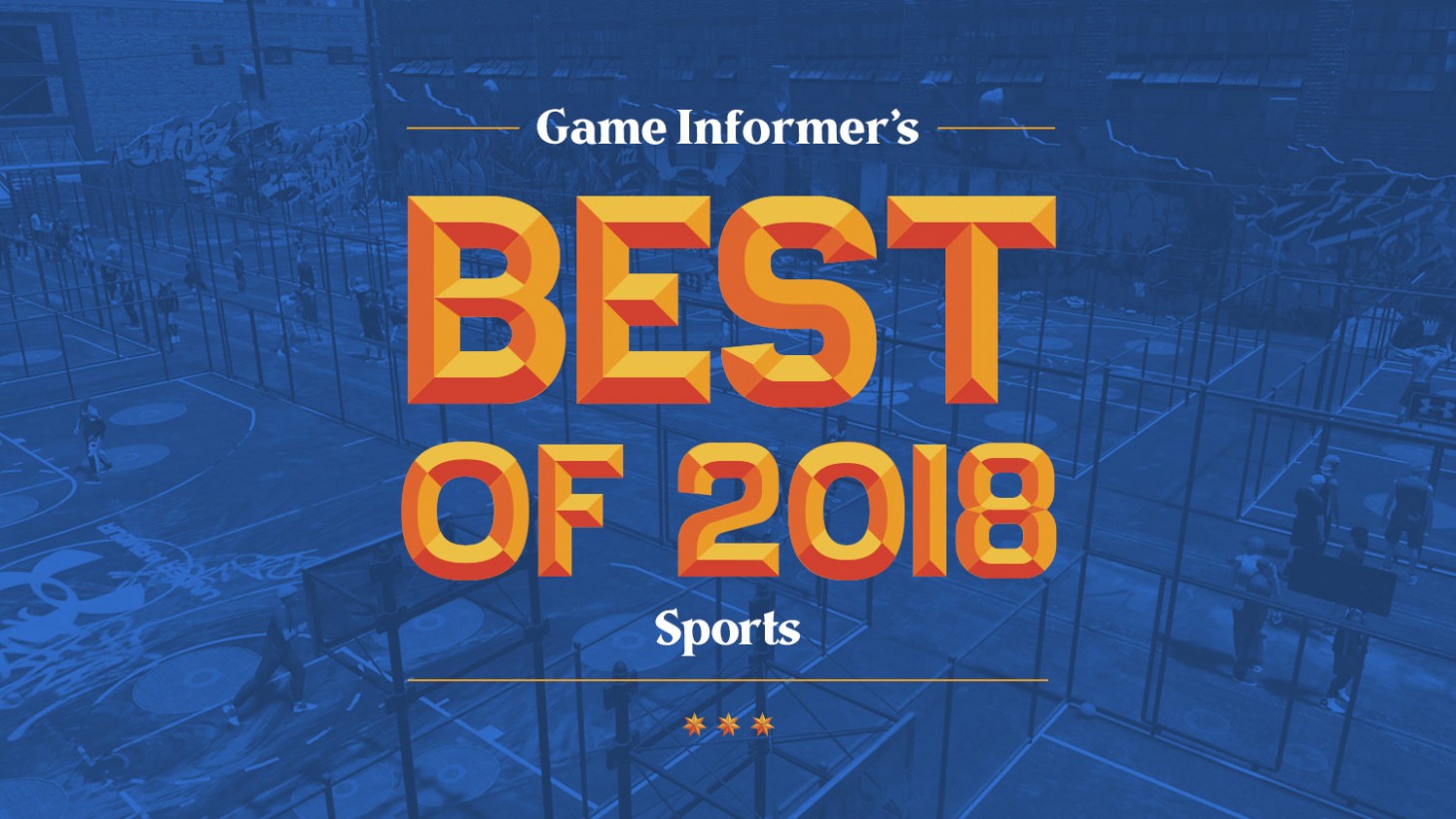 It was a year of controversies for some of 2018’s sports titles, but nevertheless there still were aspects of this annual crop worth celebrating. There were varied, non-traditional titles like UFC 3, The Golf Club 2019, Laser League, and newbies like Tennis World Tour, but it was a year – like usual – defined by the usual heavy-hitters. Read on to see which games garnered the accolades and stood out amidst an otherwise middling year. 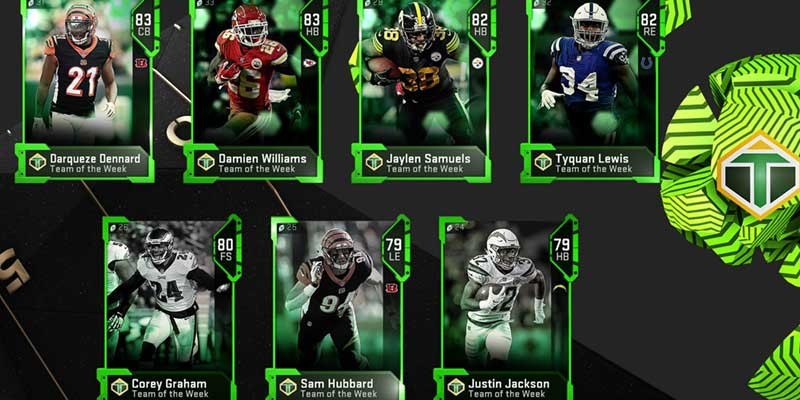 This year developer EA Tiburon went out of its way to address some of the problems of Madden 18’s Ultimate Team mode (MUT) by overhauling the power-up system (via training points) and adding more content like solo battles to make it the most complete fantasy mode out there. MUT gives viable options to those who don’t want to spend real money to get good teams or compete online, and rewards those who put in the time to maximize their team and skills in order to dominate. 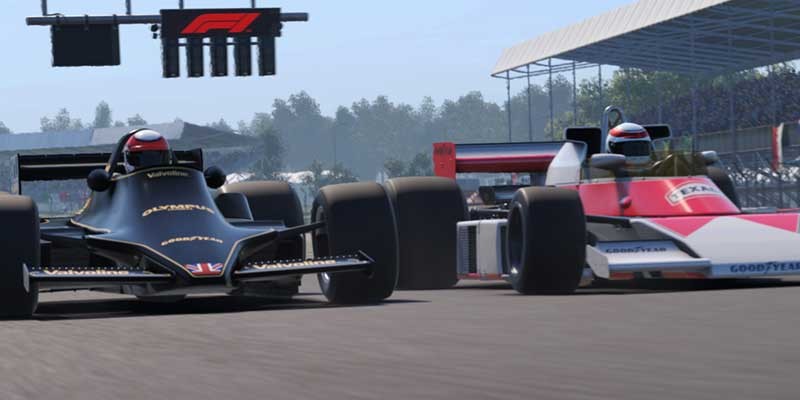 Codemasters has been slowly building this franchise up, and the key feature this year is the career mode’s R&D tree, which is the nexus for the continual growth of your racing organization through planning your upgrades. How you do off the track corresponds nicely with your performance on it, spurring you to get everything working at peak performance – despite the equipment degradation and rule changes that may trip you up. 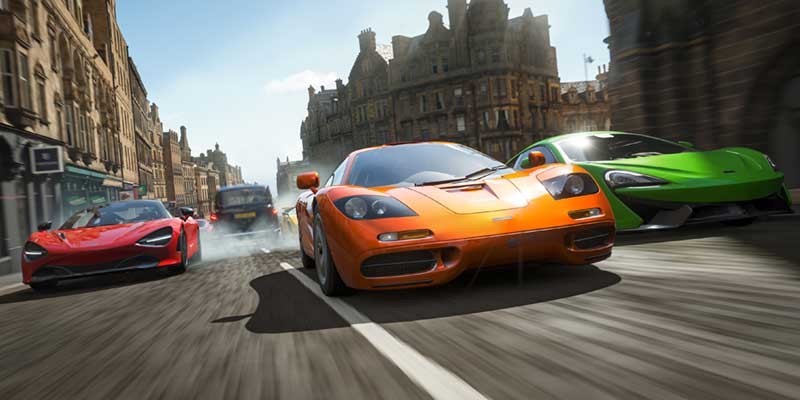 The Forza Horizon series is known for its liberal rewards, open-world exploration, and variety of events, and Horizon 4's addition of nature seasons only expands the experience. Not only are new areas and events opened up as the entire world changes season, but winter in particular affects how your car handles. Most parts of the game can also be raced in co-op or competitively, further delivering on the series' premise of freedom. 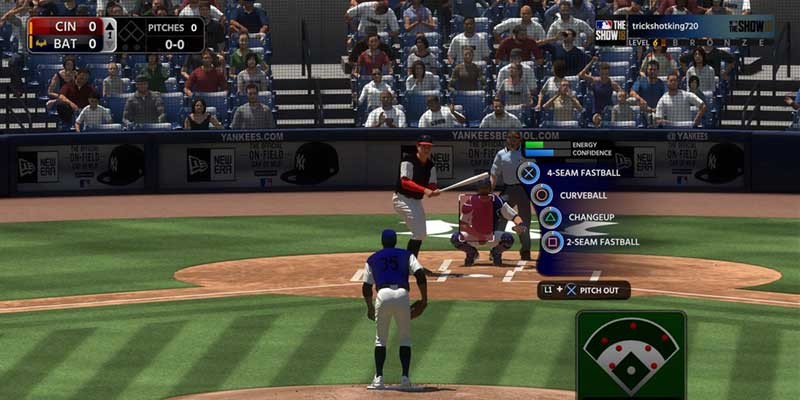 Online gaming is nothing new, but many sports titles this year failed to deliver satisfying and frustration-free experiences to their communities. Whether it was the inability to get your team together in NHL 19’s EASHL, numerous patches necessary to fix fundamental gameplay problems in NBA 2K19 or FIFA 19, or yet another bad online launch for MLB the Show 18, it was exasperating not being able to simply play online in 2018. This shouldn’t be the case, but it’s all too common. 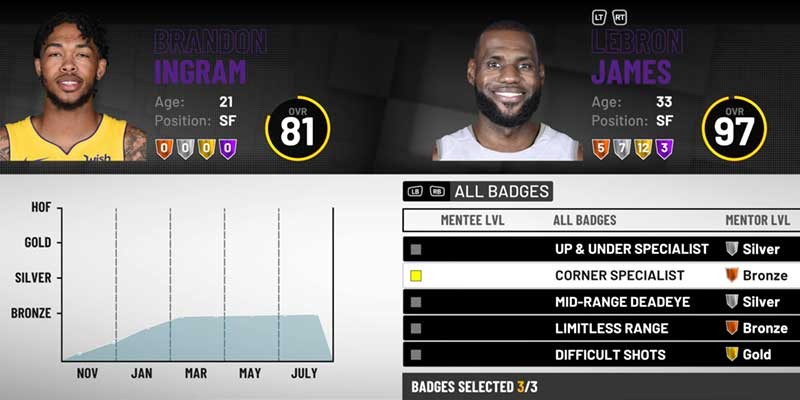 2K continues to expand the traditional franchise mode by including story elements, online league support, and custom league rules, and this year smartly explored teammate dynamics with its mentorship system. Being able to pair vets with younger players for quicker progression is a great in-game way to represent the importance of a strong locker room. In an era where franchise modes are getting less and less oxygen, it’s nice to see series’ like NBA 2K continue to put the hard work in. 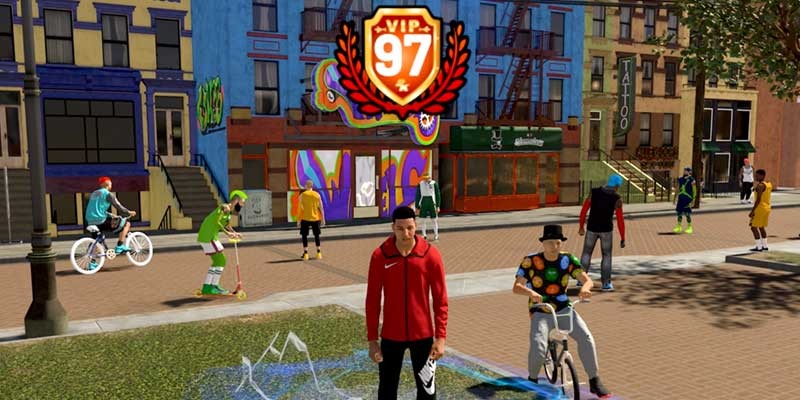 There are justified criticisms of MyCareer’s microtransaction pushing and grind, but NBA 2K19 has added new ways to earn VC through everything from sponsorships to live events – and even a daily wheel spin – and thankfully tightened up the layout of the Neighborhood. We’d still like to see better online matchmaking and for 2K to ditch having to queue for park games, but with elements like a dramatically improved story and customization, the mode captures what it’s like to live the life like no other sports game. 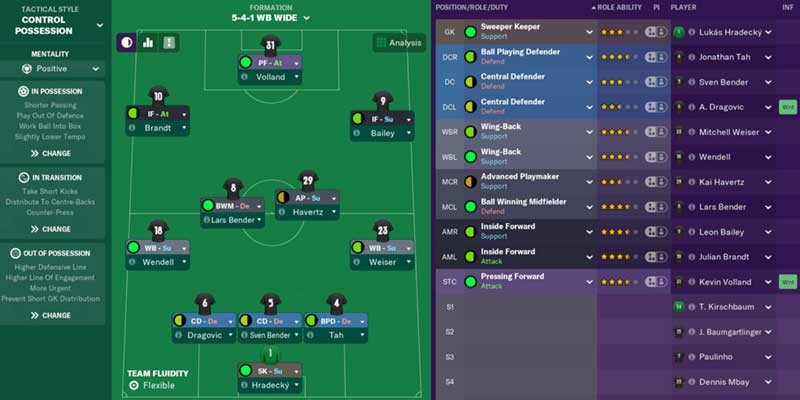 The Football Manager series continues to keep would-be managers up nights with countless ways to control the future of your club, whether you're a lower-table side looking to work your way up through shrewd dealings or getting the most out of your high-priced players via training. Best of all, the game's on-boarding for new managers and option to only focus on the areas you want to helps make the game accessible to all types of gamers. 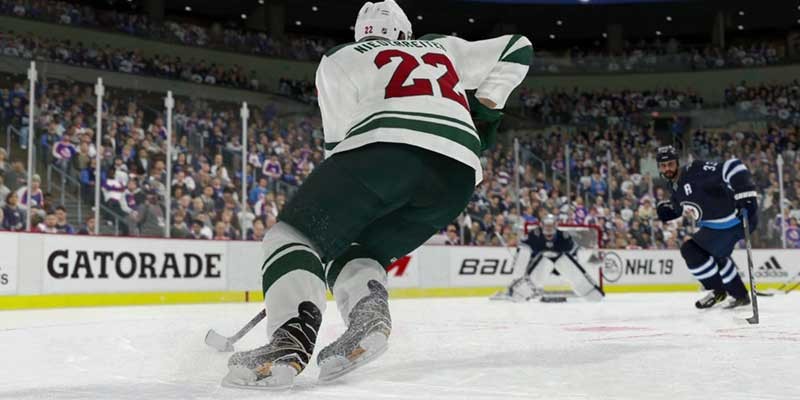 NHL developer EA Canada has included straight-line strides and carving turns in previous years, but one of the things that has been absent is skaters’ ability to gather speed in turns via crossovers. NHL 19 included this and thus greatly improved skaters’ movements, allowing more mobility in both defensive and offensive situations. The game is currently tweaking this part of the gameplay and in the midst of resolving issues of puck possession and physicality, but the skating itself is still a nice improvement.

Elsewhere, scouting is a major win for the game's career mode (see below for more info), and the World of Chel is a cool hub for the game's EASHL, 1v1v1, and 3-on-3 offerings, including a sea of cosmetic unlockables and a flexible player growth system with primary and secondary skills. 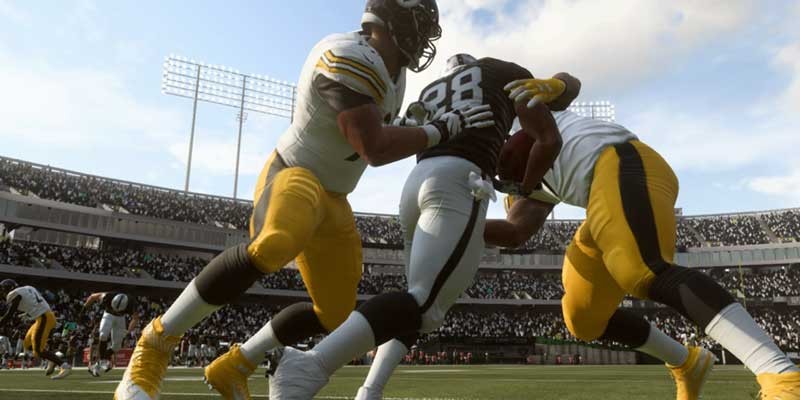 While this year’s Madden contained its share of awesome catches and big hits, it was also filled with inexplicable bugs that made it seem like the game shipped before it was ready. Moreover, the new “Real Player Motion” technology made runner’s movements feel disjointed at times, and the game’s transitions between animations looked more jarring than usual. Add in Franchise mode’s convoluted and unnecessary new player development system, and not everything the game tried this year came off. 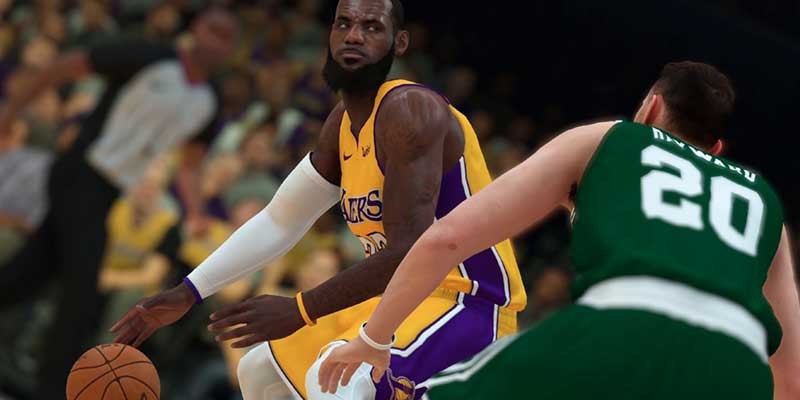 Player likenesses look better this year with more facial expressions as well as lighting that brings out more muscle definition and sweat. In motion many of the players' movements look great, lending a verisimilitude that turns the head in disbelief. 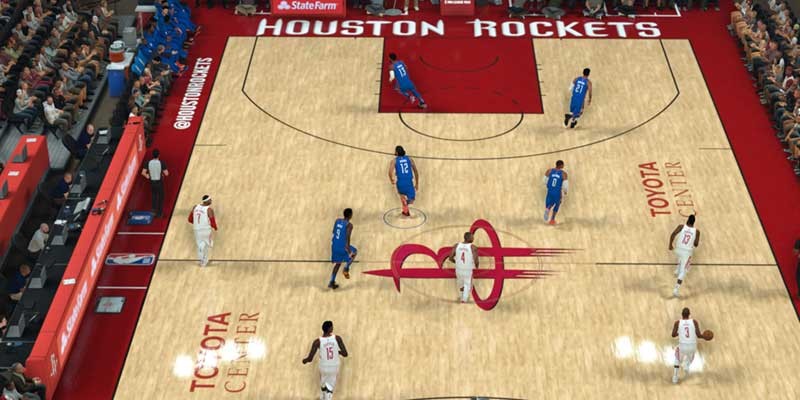 The 2K franchise has often led this category, and this year is no exception. A great game-time atmosphere is created by the crowd and players courtside, and the pre-game panel, interviews, and revolving door of interesting announcers add a TV-presentation layer that hasn’t been matched. 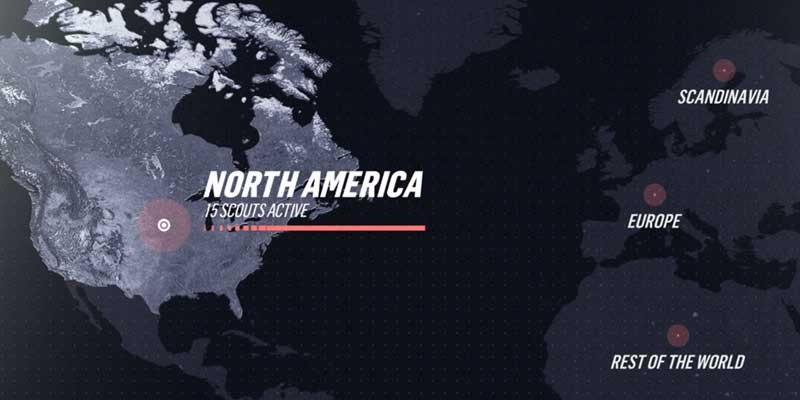 Effective scouting is how you build a dynasty, and NHL 19’s overhauled scouting feature gives you all the tools to succeed in the draft as well as free agency. Compiling and curating information (including stats) on prospects by hiring and deploying a scouting network pays off when you snag a bonafide gem buried in the draft, allowing you to stock your roster if you put in the time. 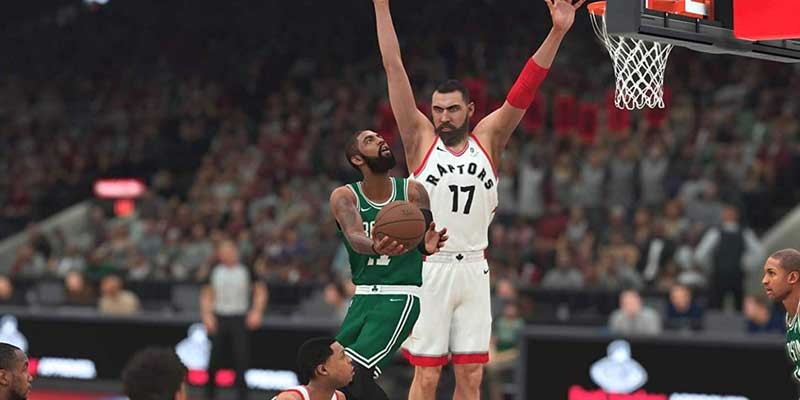 Every sports game has niggling gameplay issues players wish the developers would clean up already, and NBA 2K19 is no exception. But despite the legit gripes many may have, NBA 2K19 makes a lot more of its shots than it misses. In 2K19, Visual Concepts included multiple shot meter options to cater to different types of users, cleaned up a lot of the egregious animation clipping from the previous year, and improved the post game, stealing, and dribbling systems. 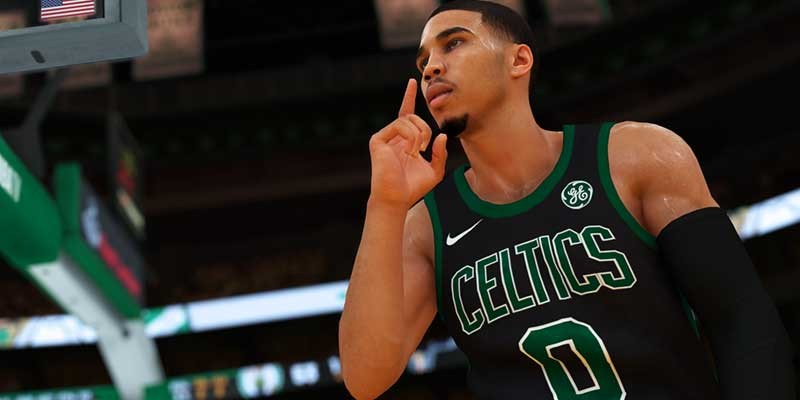 Overall NBA 2K19 didn’t have a lot of solid competition this year, but the game also earned this win through hard work in all areas. It’s not perfect – the microtransactions still could be toned down – but it’s a near-complete basketball experience. NBA 2K19 has something for everyone, and it includes elements such as a strong team-building mode, the best franchise mode, franchise mode storytelling, customizable league rules, the player mentorship system, and top-grade presentation that other sports games should emulate if not outright steal. We’re excited to see where the franchise goes from here, because given what 2K has done so far, the sky’s the limit. 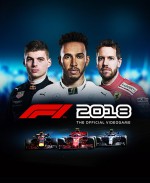