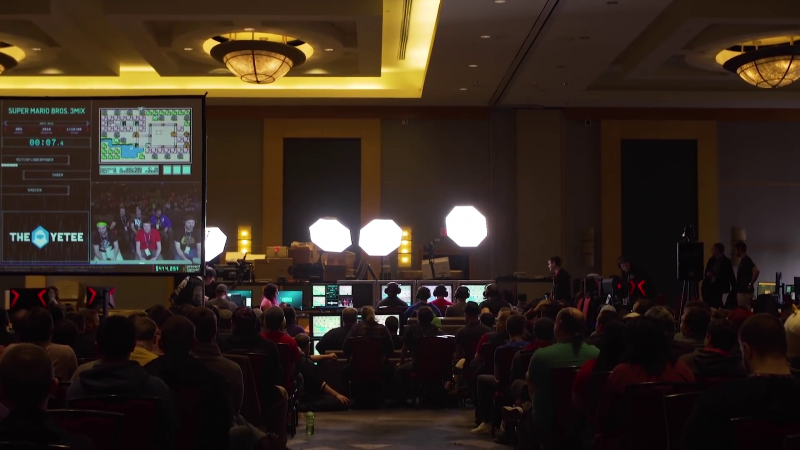 This year's Awesome Games Done Quick, the annual winter speedrunning event for charity, was a massive success. Over the course of a week, viewers were entertained by speedrunners breaking open video games, explaining how they're doing it, and providing commentary all the while. But like all good things, it eventually ends, and most people can't watch 24 hours a day for the entire week, so thankfully we can watch the runs archived after the event is over.

We kept our eyes and ears open for the best runs of AGDQ 2019, as well as reaching out to the community to get suggestions. If your favorite run or game you're interested in isn't here, don't worry! The speedrunning subreddit has a full list for you right here. If you have no idea what you want to watch, check out this list here for some suggestions.

This Metal Gear Solid 2 run is fascinating thanks to the informative commentary and genuinely interesting ways you can just break the game. Did you know that you are just invulnerable to missiles as long as you keep peeking out from cover and aiming your gun? Raiden does!

This Shadow of the Colossus runs is the first appearance of the game's remake since it released last year. The runner goes through the boss rush and subverts a lot of the game's intended mechanics to take the colossi down.

The infamously difficult Actraiser 2 hasn't been played by a lot of people and even fewer have ever beaten the game on hard. Now you get to watch someone else do it and see a pretty cool game in the process!

Some of the best AGDQ runs are the result of a runner and his or her commentary crew having fantastic chemistry, which is what this Jak II run exemplifies. The time-to-laughter on this one is pretty quick.

Watching someone play a game they clearly know inside and out is entertaining, but it helps when the runner themselves is pretty entertaining, too. Runner SmoothOperative breaks Tomb Raider II wide open in this video.

A long but fulfilling run, Fullest takes Nier: Automata as fast as it can currently be done all the way to Ending E. For the glory of mankind!

Virtual Hylide is one of the lowest framerate games ever shown at AGDQ, to the point where comments during the run spoke up about getting motion sick watching it. You should watch it, but also take time to turn away and look at the real world occasionally to remember that the world runs at a better framerate.

Urban Yeti is a Grand Theft Auto 1-like about a yeti living in the city trying to impress a mate. What are you waiting for, hit play!

Speaking of getting motion sick, make sure to watch this run of Mohawk & Headphone Jack. The game is a trip on its own, but runner PJ really makes it sing with his hilarious commentary. Also, it's big for fans of orbs. (2:40:43)

The Celeste run might be the strongest technical proficiency in movement at the event. Watch runner TGH play through the platformer in a way that almost resembles a TAS. (19:31:13)
This Wind Waker run's pause noises may haunt your dreams forever, but you're at least going to remember this hefty six hour run.
This Bloodborne run has a fantastically personable runner who never stops talking the entire time and guides you through the eldritch horrors and how much Hidetaka Miyazaki personally hates him. (19:56:02)
Finally, the penultimate run of the show was Super Mario Odyssey, a game almost defined by both its gigantic amount of content and its movement abilities. There's a point where 70 moons get deposited at once and it takes a while. (22:07:01)
What were your favorite runs of the show?
.
On
On
Off
Off