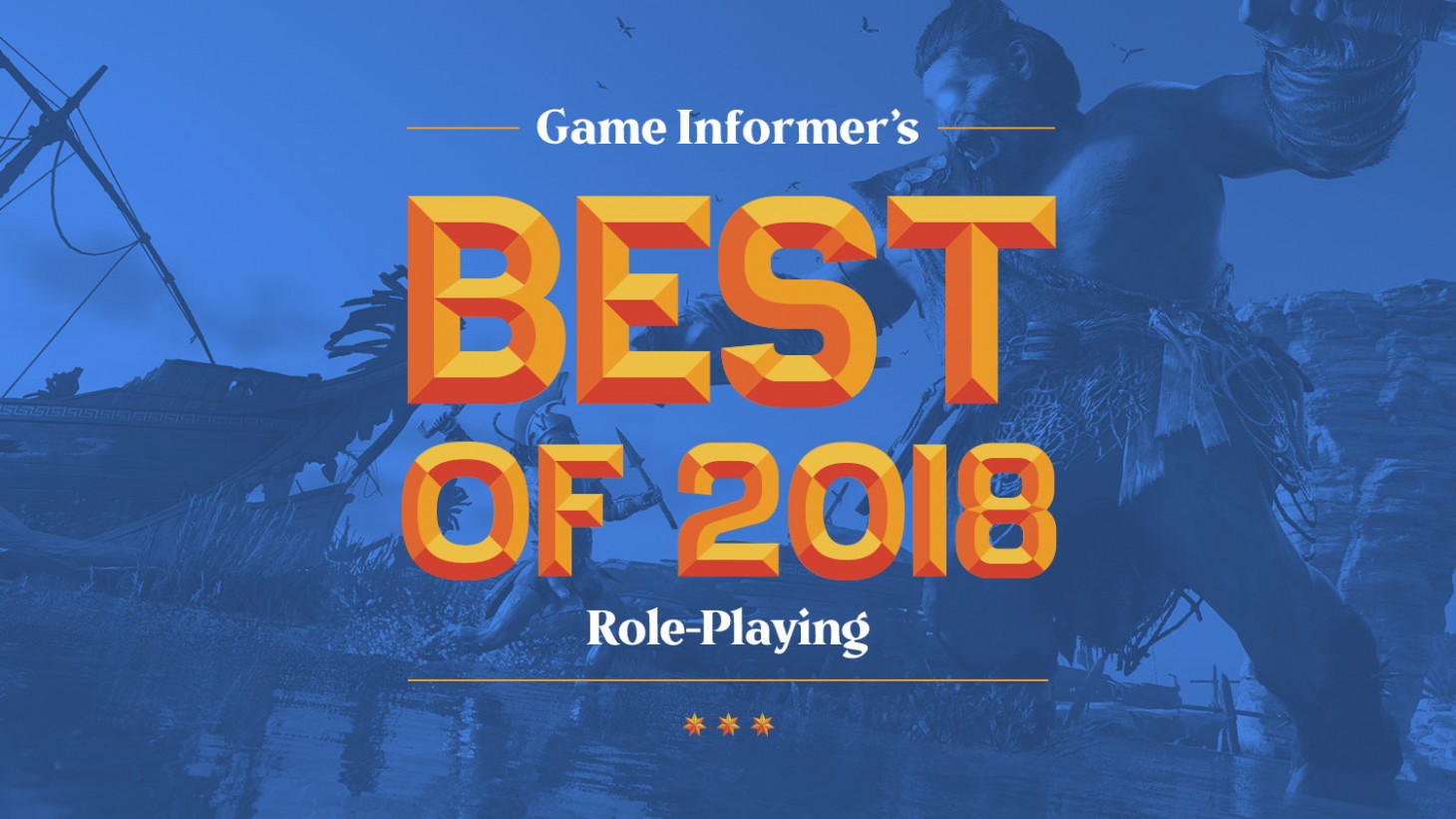 The role-playing genre continues to bring us an array of experiences, keeping us busy for hours on end. While 2018 brought new entries in popular long-running Japanese series such as Dragon Quest and Valkyria Chronicles, it also marked a new era for the Assassin’s Creed franchise, which fully turned the corner into RPG territory with Odyssey. We even got an impressive single-player campaign for Witcher card game Gwent and sequels for Ni no Kuni and Pillars of Eternity. The year certainly brought with it a variety of experiences to celebrate. Here’s what we thought stood out for RPGs in 2018. 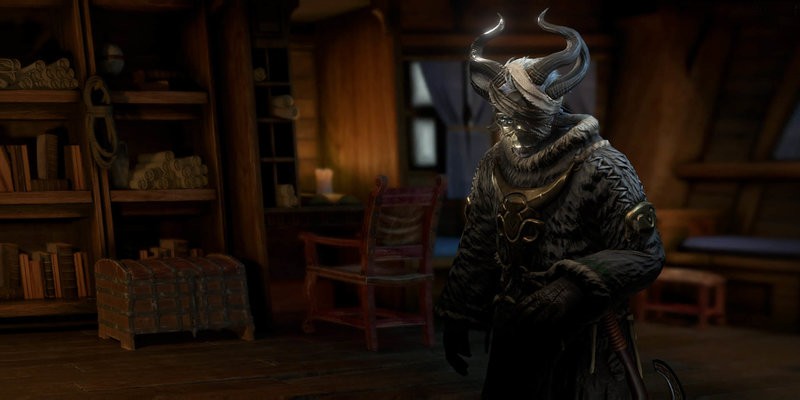 Rich, mature storytelling is a hallmark of Pillars of Eternity, and this sequel doesn’t disappoint in that areas. Between the fantastic dialogue and intriguing character arcs, Obsidian crafted an impressive tale, featuring deep relationship-building and a plethora of choices and consequences. Stepping back into the role of a “watcher” feels new and exciting as you help or hinder different factions fighting for control over the Deadfire area, and, ultimately, decide the future for gods and mortals. 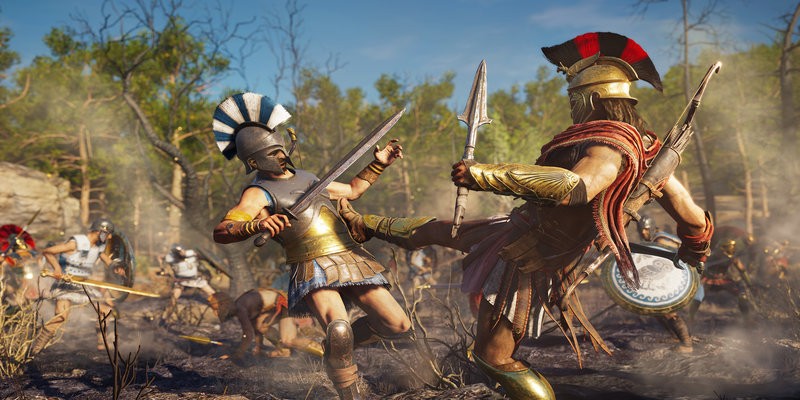 While Origins created the blueprint to more satisfying combat, Odyssey refines it by expanding the RPG systems and adding new features, all in the name of making you feel like a true spartan. From the thrill of kicking an enemy off a cliff to scorching foes with your flaming blades, you can feel your power surging in the suite of skills. Dodging and parrying at the right time is also just as rewarding. Creative options and a sense of growing power help make the combat the most fun it has ever been. 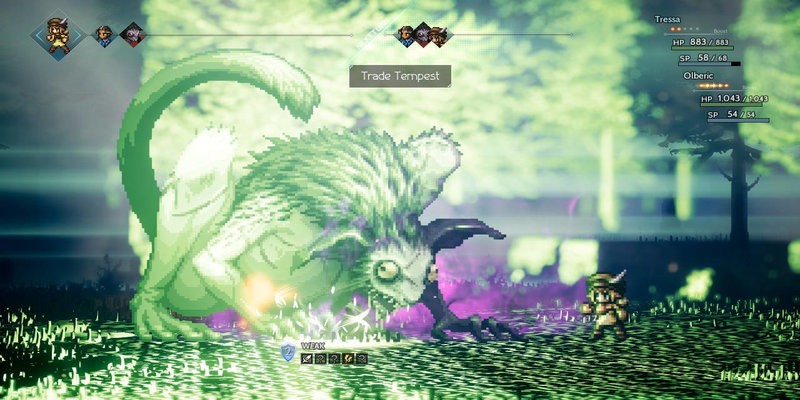 Octopath Traveler stands out for its turn-based battles, which require careful planning. These tactical bouts center on you breaking your enemy’s defense to create an opening for an onslaught. A mix of exploiting weaknesses and reserving boost points for opportune moments makes for deeper strategy than mashing attack to win. With a variety of class-specific abilities to change the way you approach battles, Octopath does what every great battle system should: Keep you on your toes. 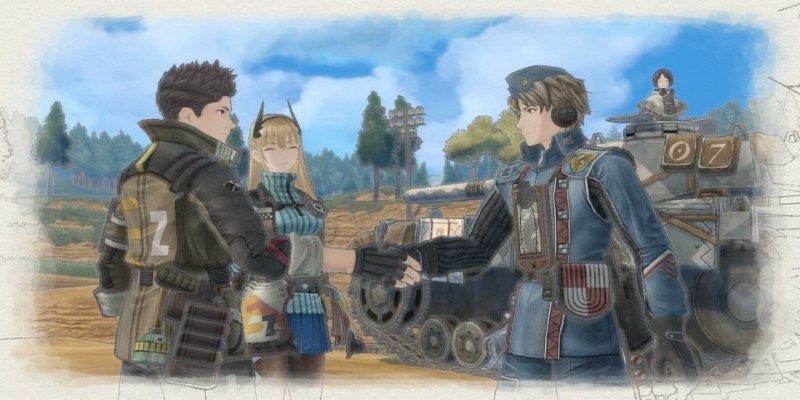 The first Valkyria Chronicles game wowed strategy/RPG fans with its beautiful, watercolor-like graphics and hard-fought battles. Since then the series has been relegated to handheld iterations alongside a disappointing action/RPG spin-off, never quite living up the magic of the original. Valkyria Chronicles 4 marks a return to form, delivering on the experience fans have been pining for. It houses big, varied maps populated by numerous units, while also providing meaningful additions such as the grenadier class and potentials to add new layers to strategy. Valkyria Chronicles 4 captures what made the series so fun in the first place: putting the creativity and experimentation in your hands to solve big tactical puzzles. 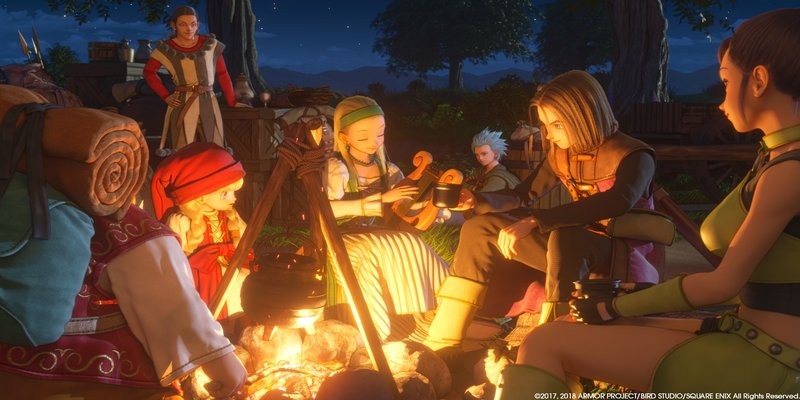 Getting the right mix of personalities for your party in RPGs can be make-or-break, and here Dragon Quest XI excels. From entertainer Sylvando’s dream to make people around the world happy to martial artist Jade’s intense desire to protect everyone, the party is full of likeable, interesting characters that have more layers than you’d expect. As the journey progresses, you discover more about each character’s true intentions for joining up with the hero to save the world. It speaks volumes that a sassy character like Veronica can become one of the most respected party members. Moreso, the party interactions make you feel their camaraderie, and seeing this grow is certainly a highlight on your journey through Erdrea. 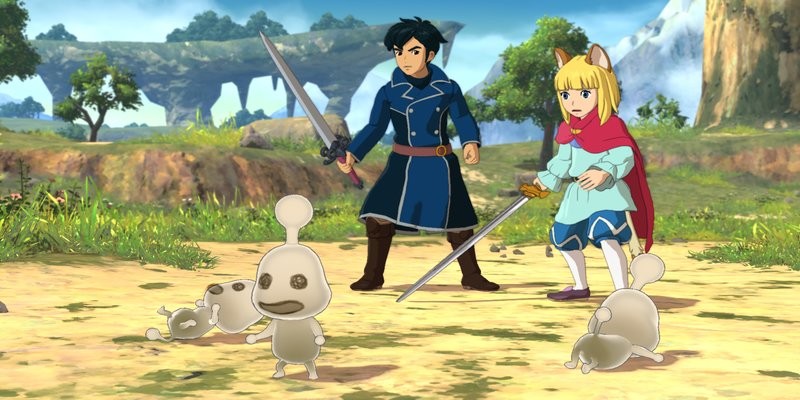 If you want an RPG that you can pick up and play without much trouble, Ni no Kuni II is as accessible as they come. There’s no story carryover from the previous entry and multiple difficulty levels cater to all skill levels. The new systems are all introduced in a way that makes them easy to understand (major props to kingdom-building). The real-time combat doesn’t overwhelm or require you to get into all its complexities, as long as you’re not playing on higher difficulties. This is a perfect game for young RPG fans to cut their teeth on, while there is depth for those who really want to get into the nitty-gritty of all the systems. 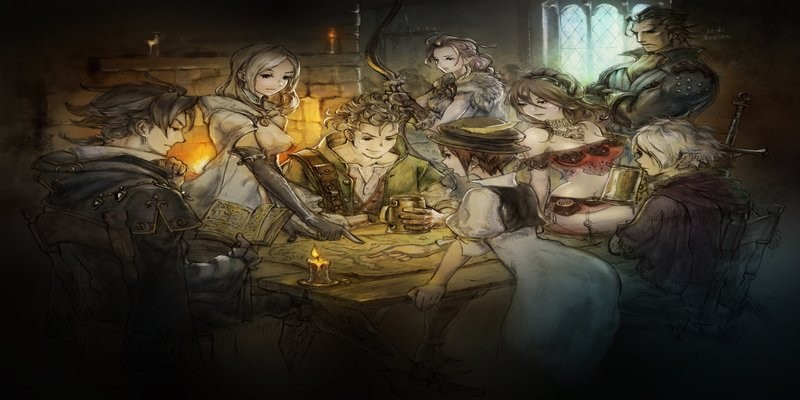 Music is essential to any game, and has become such a big part of an RPG’s identity. Octopath Traveler stands out for how well the score paints everything from the unique settings to the epic boss fights. The music gives you a classic RPG feel, without simply recreating sounds similar to what we heard in the past. All in all, the soundtrack is just pleasant to listen to and enhances the journey. The character and battle themes are still on repeat in our minds. 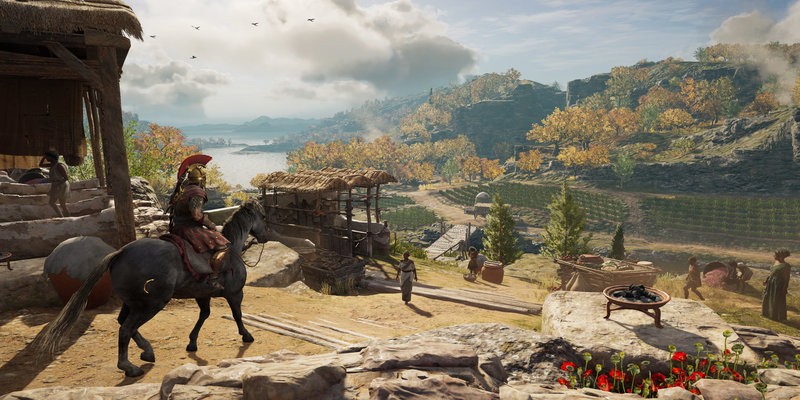 Two words: Ancient Greece. It doesn’t get much better than exploring this beautiful landscape, and it’s clear Ubisoft took the time to do justice to the locale and time period. A fictional take on the Peloponnesian War, this is one of the easiest worlds to get lost in, whether it’s scaling giant sculptures of the greats or searching the vibrant and breathtaking countryside for its hidden secrets. This is Sparta! 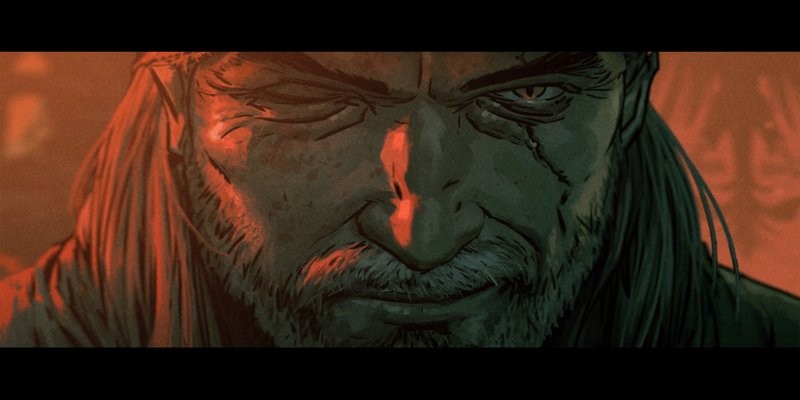 Who would have thought a little card game in The Witcher 3 would grow to these heights? We knew a single-player campaign was coming; we just didn’t expect it to be so in-depth. We should have known by now that CD Projekt Red always delivers in terms of quality and length. Thronebreaker contains all the things that have made the series shine: strong political intrigue, difficult choices, and great character moments. Meve, Queen of Lyria and Rivia, quickly became one of our favorite characters this year. Even if you’re not a big fan of Gwent, CD Projekt Red made this mode worth checking out and accessible to all skill levels with the card game. 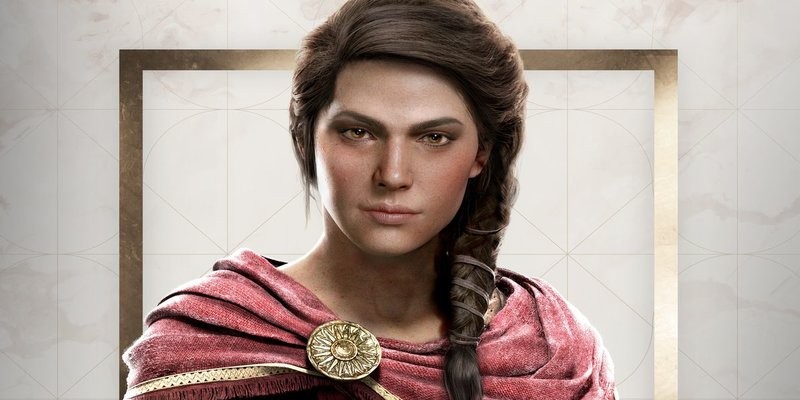 We don’t like to start petty fights about who was the better protagonist, but you can’t argue with fact. Kassandra totally trumps her brother, Alexios, as the best lead, going as far as being the best protagonist in any RPG this year. Kassandra’s life has been full of tragedy, but instead of letting it break her, it only makes her more strong-willed. She doesn’t take anyone’s gruff, which is part of what makes her so fun to embody. You can feel her strength and determination, but at the same, there’s a kindness to her you can’t deny. Likable confidence is hard to pull off, but Kassandra does it masterfully. 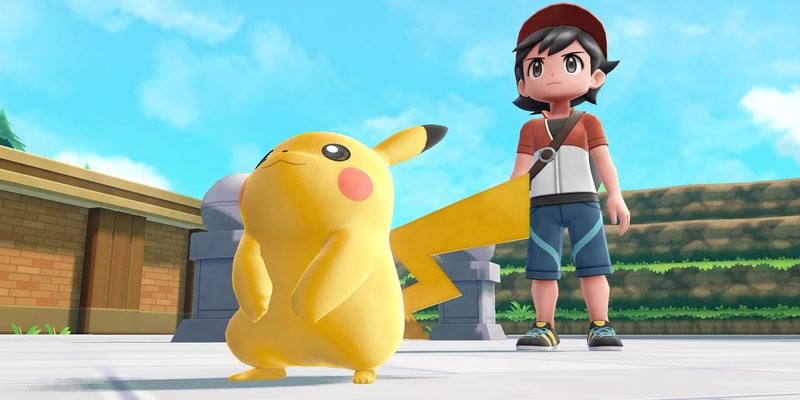 Finally, Pokémon on a bigger screen and the Switch! As remakes of the series’ first generation, this is about as good as it gets with modern graphics and updated gameplay. It remains faithful to the first-gen Pokémon games, while streamlining some of the more tedious elements. You can now travel faster by riding Pokémon and swap your party on the fly without visiting a Pokémon center. The Let’s Go remakes showcase why the series is still fun, while reminding you why you fell in love with it in the first place. 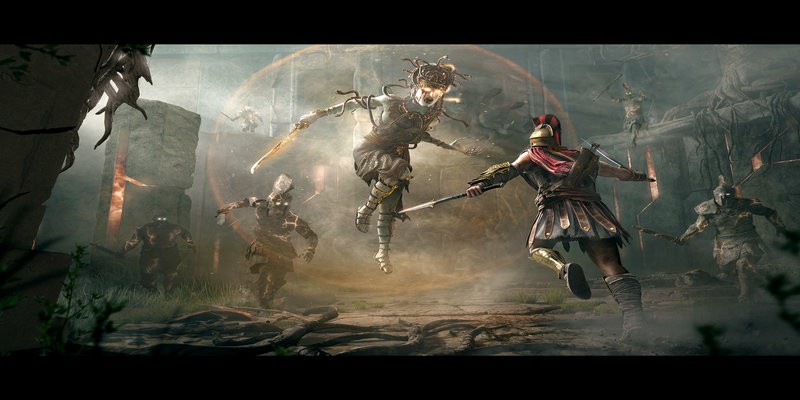 You saw this name pop up quite a bit on this list, didn’t you? That’s no coincidence and why it wins our RPG of the year award. This year, Odyssey took the RPG elements introduced in Origins and expanded on them. The result? The best combat the series has seen to date, with skills that changed the way you play for satisfying progression. An ambitious world set in Ancient Greece, Odyssey has plenty to get lost in, whether it's sidequests, ship battles, or taking down mercenaries. The hunt for better gear and weapons always has you scouring every inch of the landscapes. Making choices and watching the consequences made the journey all the better. No RPG excelled in more areas than Assassin’s Creed Odyssey, making it an easy choice for our overall award for the genre.