New Devil May Cry 5 Details Indicate It May Last 15 - 16 Hours, Has Hidden Weapons 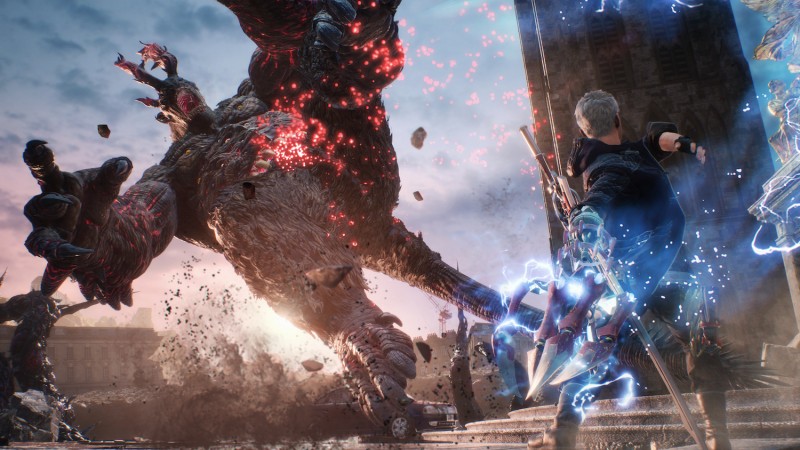 It's kind of hard to believe Capcom is releasing two major games within the next two months, but here we are, looking to get both Resident Evil 2 and Devil May Cry 5 in a matter of weeks. While we're getting another demo for the latter next month, director Hideaki Itsuno still has a lot more about the game to talk about, and he was happy to do so at a South Korean media showcase event.

Speaking at a panel there, Itsuno detailed more about the game and answered audience questions. The game is set after Devil May Cry 2, making it the first game in the series to take place after Dante and Lucia's adventures and Dante's ride to Hell, which Itsuno says will be relevant to DMC5's story. Additionally, based on testing, the game is estimated to be about 15-16 hours long.

When asked if there will be any more characters for the game than the three already revealed, Itsuno mentioned that they might add more characters as later if the game is very successful, suggesting that V, Dante, and Nero are only characters in the game before any DLC additions. Dante, at very least, will have hidden weapons that you aren't required to get to complete the game, however.

In terms of graphics, the team has been aiming for something that looks like a Hollywood movie, and pointed at The Avengers as the main example of what they were going for. In the same answer, Itsuno talked a bit about the future of DmC: Devil May Cry, though mostly avoided the topic and said it was difficult to say what the future looked like.

Devil May Cry 5 releases on March 8 on PlayStation 4, Xbox One, and PC.