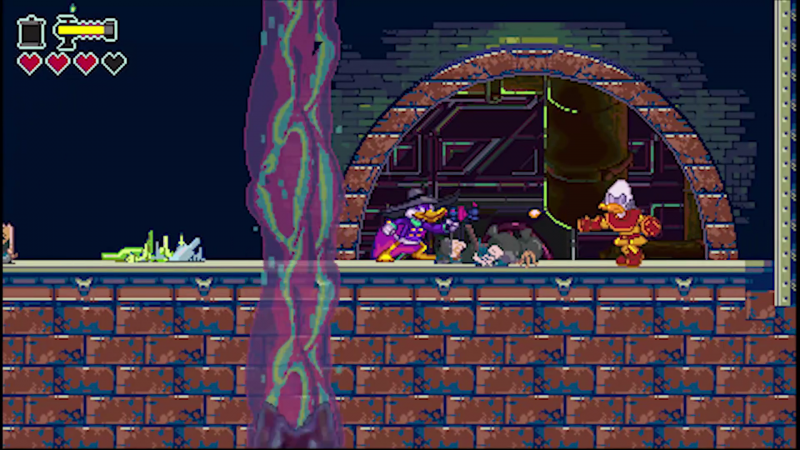 Those of us who grew up with the NES likely fondly remember Capcom's licensed Disney games like Duck Tales, Chip & Dale: Rescue Rangers, and Darkwing Duck, based on Disney Afternoon and Saturday morning classics. While Capcom released a Disney Afternoon Collection in 2017, there has been no indication they want to jump back into that pool. Today, Sonic Mania developers Headcannon released a video of a pitch they made for an alternate world in which Capcom did want to make new Disney games.

The pitch was for a new Darkwing Duck game, a follow-up to the NES title, done in a retro-SNES or GBA style. You can check out the video below.

The pitch wasn't accepted by Capcom, obviously, which is why it has been released on to the internet. The game was originally going to include former Darkwing Duck writers and take place at a specified point in the series.

It was conceived as a spiritual successor to the original NES game (unless Capcom wanted to go full “DuckTales Remastered” with it.) It was planned to take place between the show and “The Duck Knight Returns”, with Steelbeak, Taurus Bulba, and the Fearsome Five as the villains.

Not only is it available in video form, but you can actually play it on PC here. Note that it's an unfinished fan game and not a final product, so be aware of that.

According to Capcom's financial reports, their last major foray into Disney gaming, DuckTales Remastered, sold about 1.2 million copies. Maybe that wasn't enough to move to new game development or perhaps they chose between projects and went with Disney Afternoon Collection instead. In any event, it looks like the Headcannon Darkwing Duck game is not to be.