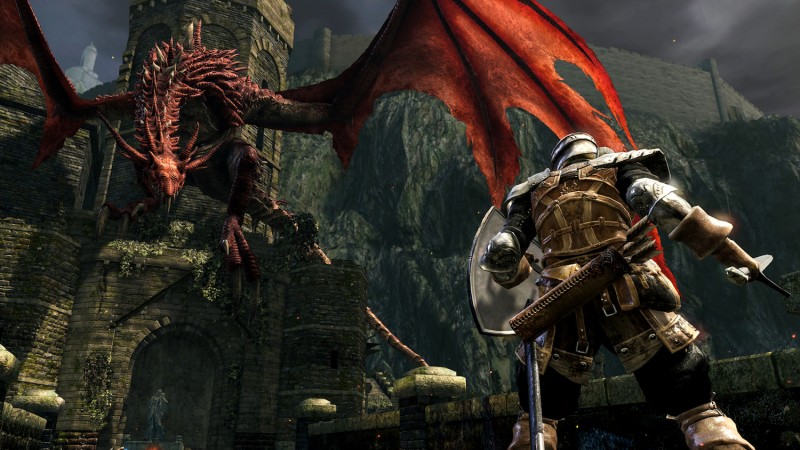 Ever since Dark Souls became popular on PC, fans have modded it, from fixing the PC port to making enemies so strikingly aggressive that they come looking for you the second they load into the world. A brand new fan mod changes the game dramatically, remixing it in such a way that the PC community is seeing an uptick in activity in FROM Software's older Souls title.

The mod, titled Daughters of Ash, heavily remixes the entire game by moving basically everything around. Pretty much every item, enemy, boss, and event is moved around or reworked for new mechanics. Posted on Reddit, the creator Grimrukh estimates that the mod is the culmination of 1000 hours of work, but it is entirely based on things already in Dark Souls. There are no new enemies or bosses ported from other Dark Souls games here.

For example, players are intimately familiar with dodging the Asylum Demon at the beginning of the game and returning from a floor above where they can plunge attack his face. In Daughters of Ash, Asylum Demon opens the floor upon his first appearance, meaning players are at risk of following down the hole where the incredibly powerful Stray Demon awaits. One fall in the gigantic hole in the center of the arena means instant death.

Other changes move around shopkeepers, puts enemies in new ambush spots, and makes boss fights out of some of the game's wandering giant demons.

The mod's website can be found here if you're looking for more information on it. It's obviously PC only, but Grimrukh expects to get it ported over to Dark Souls Remastered sometime this year.