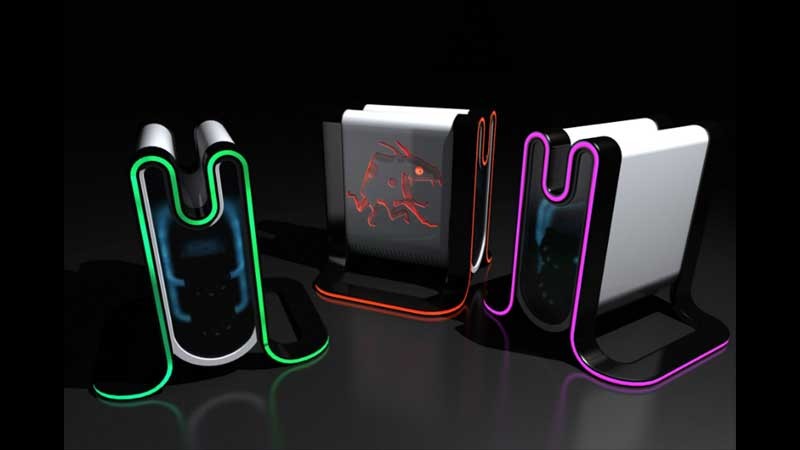 Project Cars developer Slightly Mad Studios surprised gamers yesterday with the announcement that it was working on the Mad Box console which it hopes to release in three years.

Today Bell tweeted out a few pictures of iterations of the system (there's a handle in the middle of the "M"), with intentionally blurred internals because Bell says discussions with partners are ongoing. Bell added that multiple Mad Box systems can talk to each other wirelessly, but he didn't elaborate on that.

Bell spoke to Variety and said the system has 4K visuals, should support most VR headsets, and be as powerful as a "very fast PC two years from now."