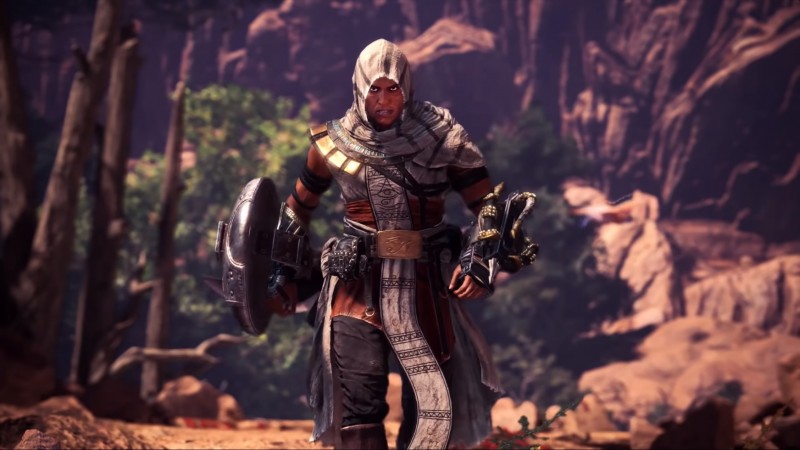 Yesterday Capcom stealth-launched a new crossover event for Monster Hunter: World, this time crossing over with the Assassin's Creed series.

The "SDF: Silent, Deadly, and Fierce" event, which lasts until January 10, has players facing off against "nimble, fierce, and impetuous monsters" to earn Senu's Feather. The event features a new armor that makes players look like Bayek from Assassin's Creed Origins, and the Assassin's Hood tool, which resembles the outfit Ezio wore in Assassin's Creed II and grants additional damage when attacking monsters out of stealth, as well as additional movement speed while running, climbing, and crouch-running.

The event is currently not available on PC, but will arrive "at a later date."