Update: Ezio Auditore And Others Join For Honor 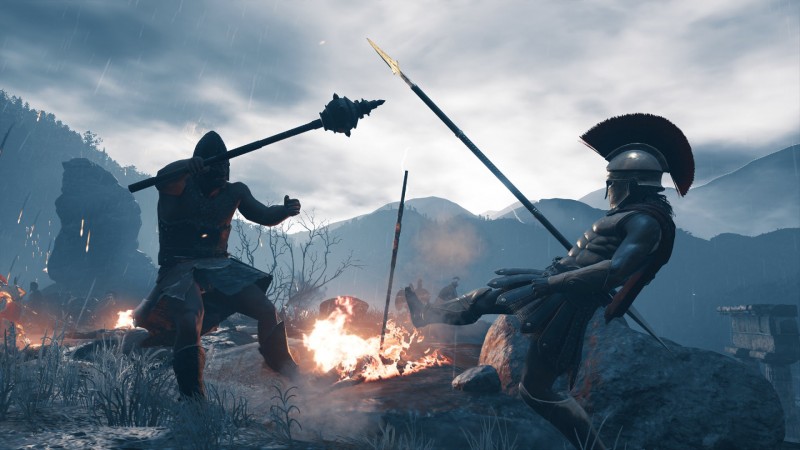 Update: Ubisoft has revealed that it is in fact Ezio Auditore, famed assassin from the Assassin's Creed 2 trilogy, is one of many Assassins Creed characters coming to For Honor for an Animus crossover event. Check out the trailer below.

The event lets players customize their existing characters with Assassin's Creed weapons and cosmetics, as well is bring in characters like Ezio and Connor. You can start playing now through January 10.

For Honor's war planet seems to bring in the most powerful warriors from around time and the world to avoid sticky questions about why a samurai, a viking, and a knight are in a European-style castle at once. It also affords the game the chance to fudge the details a bit and crossover with other properties, like Assassin's Creed, which it seems Ubisoft is keen on doing.

Nothing is true, everything is permitted. pic.twitter.com/6CSiROHvYF

The For Honor Twitter account teased a collaboration with other Ubisoft property Assassin's Creed with a vague but direct tweet. The little video shows the For Honor emblems morphing into the Abstergo logo, and then a short message stating a full reveal on December 20.

The most obvious collaboration point would be to throw an Assassin into the mix, presumably Ezio-era, but that might be a bit ambitious for a short teaser. It could also be something as simple as cosmetic items, but that might be too small to make a teaser for, so it's anyone's guess. Ubisoft has not shied away from offering new and major content in For Honor quickly and quietly, so we'll find out tomorrow.

For Honor recently released their Marching Fire expansion, which added a host of new content, characters, and levels. The game is available on PlayStation 4, Xbox One, and PC.