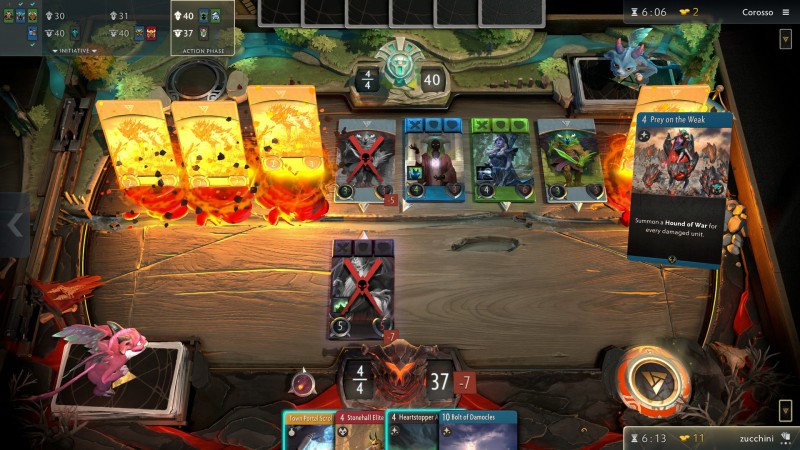 When Valve first rolled out Artifact, they talked about a belief in immutability of the cards they release. They didn't want to nerf, depower, or eliminate cards in the game, which meant that balancing had to take an extremely holistic view and think about every old card's effect on a new card. In a very real sense, it also meant people would buy cards that could end up with different effects in the Steam marketplace, meaning that the game's economy could also be in flux. Now, however, Valve is rethinking that idea.

In a new blog post, Valve explained their original reasoning and how they came to realize it was the wrong choice after taking player feedback.

"In the end, we struggled to see the benefits of immutability outweighing the numerous downsides," Valve explained. "The average player mainly wants the game quality to be high above all other considerations. Players who focus a lot on deck building would prefer a more diverse and engaging meta to play around. While some card collectors enjoy having a small number of really valuable cards, many others are happier in a world where the full set value isn’t overly dominated by one or two cards."

Because of the changes to the card balance, Valve is allowing a one-time card buyback exception for the next two weeks for cards that underwent changes. You can find the full list at the blog post link above, which also explains how to engage in the buyback.

For Valve to make that choice, they definitely had to do it early before the community grew too big or the economy grew too unwieldy. This might allow Artifact to be a bit more free-moving and reactive in general, which can only help the game from here.