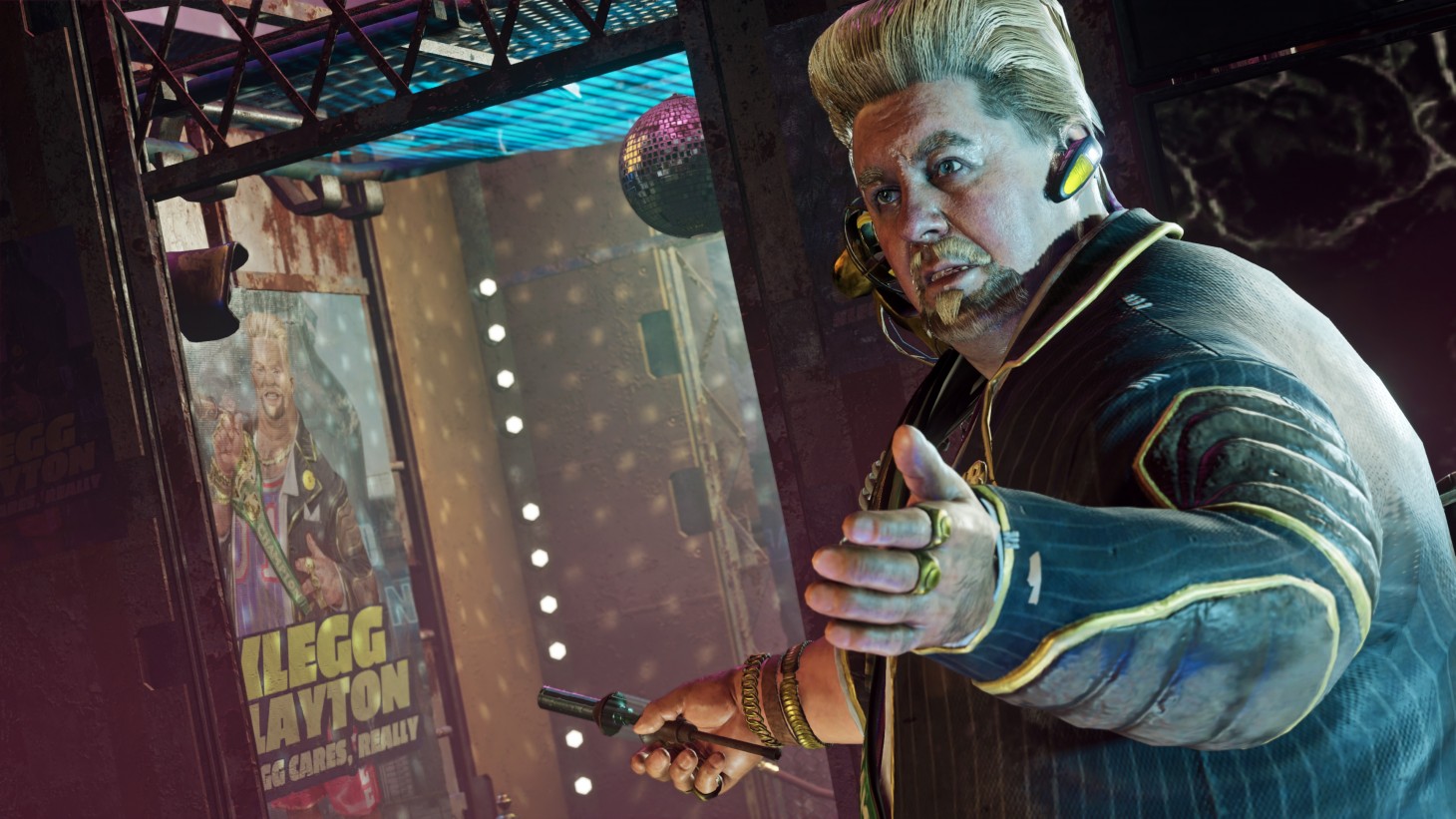 Meet The Unstable Wastelanders Of Rage 2

The characters in Rage 2 are insane, but living through an apocalypse will do that to you. Avalanche Studios has spent a great deal of time dreaming up the inhabitants for Rage 2’s chaotic post-apocalyptic world. During our recent cover-story trip to Avalanche we talked with the team about this bizarre cast and got an extensive breakdown of their roles in the world. Here’s a deeper look at some of the odd people you’ll meet during your time with Avalanche and id’s bombastic open-world shooter. 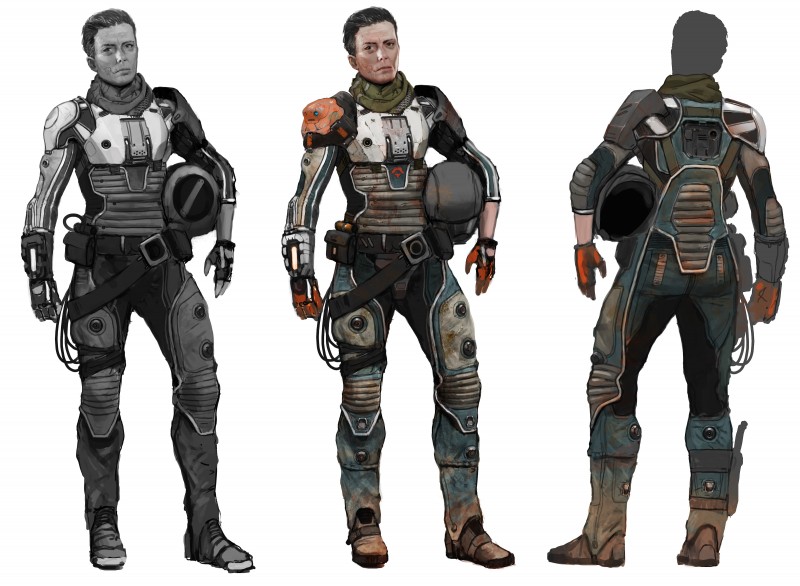 Prowley is a highly capable ranger who raised Walker (Rage 2’s protagonist). She is not Walker’s biological mom, but she raised him alongside her own daughter, Lily. Avalanche says Lily’s father was a mysterious stranger, which left us wondering if his reveal would be important to Rage 2’s story. Regardless, Aunt Prowley, Lily, and Walker were a tight-knit group. Unfortunately, Lily doesn’t have nanotechnology, so she can’t use the high-tech gear that Walker has, and she doesn’t have his powers, which sparked a friendly rivalry within the family. 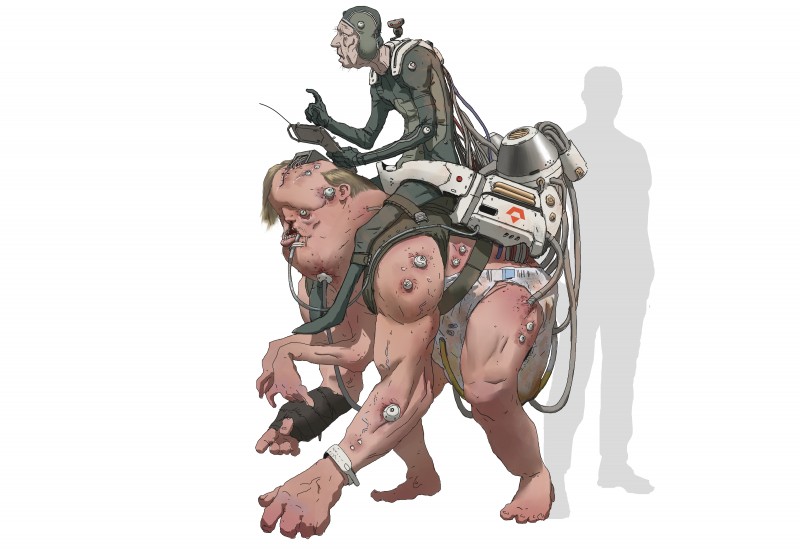 Dr. Kvasir is one of Walker’s prime mission givers. He is a crazy scientist who lost the ability to walk. He used to have robotic legs, but he found it tiresome to continually fix them, so he eventually decided to create a pair of legs that could heal. The dim-witted mutant under him is called Legs, and Legs’ spinal cord is fused with Dr. Kvasir's. The doctor can control Legs’ movements and also feels all the pain that Legs experiences. Legs has a mind, but it’s so tiny that it doesn’t really process any information or have an independent thoughts. 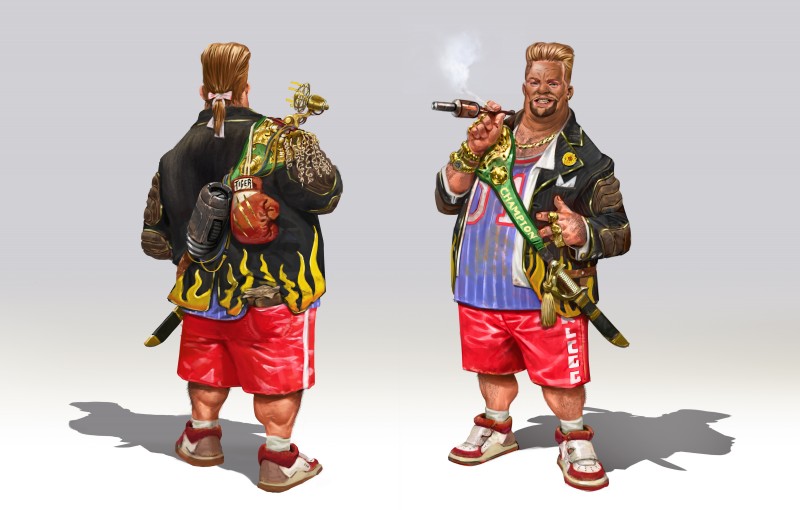 An up-and-coming business mogul, Klegg is the son of the mayor of Wellspring from the original Rage. After his father died, Klegg invested the family money and eventually became the richest man in the wasteland. Now, Klegg owns Mutant Bash TV, which is a kind of barbaric, no-holds-barred deathmatch show. However, Klegg isn’t satisfied with his wealth; he also wants political power, so he’s following in his father’s footsteps and running for mayor. This maniac’s fashion sense comes from his obsession with images of celebrities featured in old magazines from before the apocalypse. 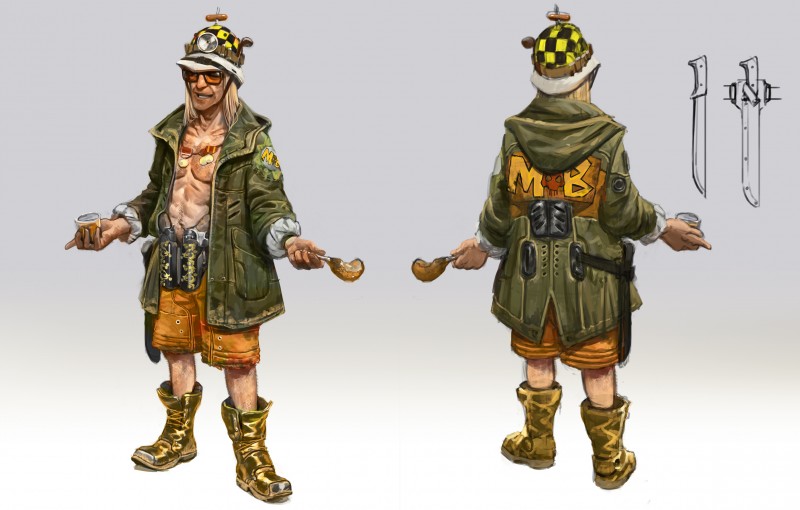 The host of the wasteland’s most-popular racing show, Chazz is an eccentric character, to say the least. Avalanche was inspired to create Chazz after reading an old article from Mad Magazine about a man who chose to stand out by wearing a checkered German helmet. Chazz has a creole drawl, like someone from the backwaters of Louisiana. Not only is he is always eating, everything he talks about is somehow connected to food. For example, when he talks about car races, he might describe them as sizzling and say things like, “The grease rises to the top of the pan.” 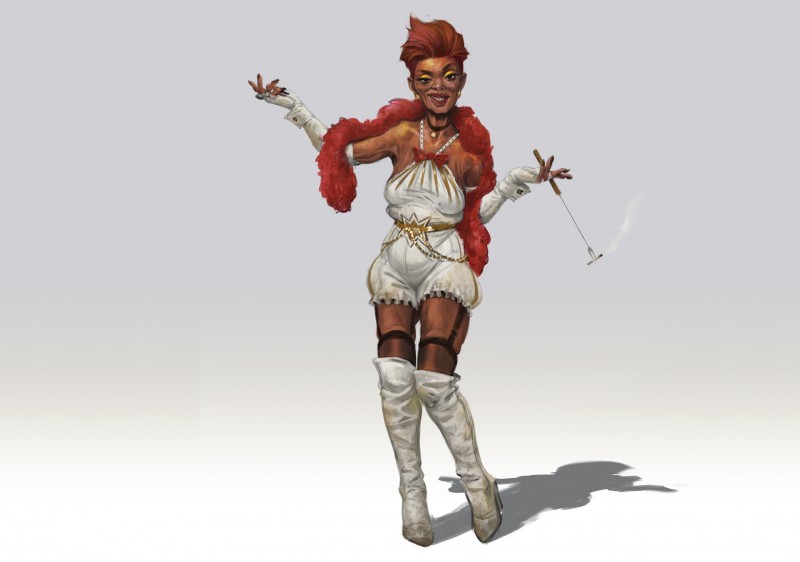 Desdemonya is the post-apocalyptic equivalent of a TV star, and she hosts Mutant Bash TV, the wasteland’s barbaric form of entertainment. This aging showgirl is obsessed with old-time cabaret and shows from Broadway, and she speaks in a weird mishmash of French and German, because she believes that’s what the aristocrats of the old world used to do. The team was somewhat inspired by Carol Burnett’s performance in the movie version of Annie. While Desdemonya might have once been beautiful, she is now well past her prime. However, she still acts very sensual.