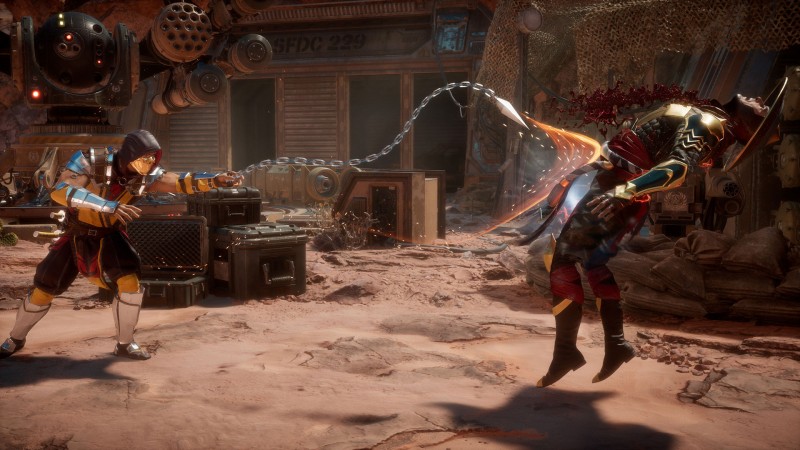 Spawn, the supernatural superhero who was more demonic than super and also maybe not quite a hero, might be making an appearance in Mortal Kombat 11. The fighting game hasn't had a lot of details so far, but outside of the game's reveal trailer showing Raiden and two Scorpions, it appears we might be able to add comic book star Spawn to the list as well.

The news comes from a Reddit AMA with Spawn creator Todd McFarlane, who was quickly asked if the antihero would end up in the newly announced Mortal Kombat title.

"I believe he's on his way..." McFarlane answered, both cryptically and directly. He might not have realized it wasn't announced or simply doesn't care about the weird secrecy that video games envelop themselves in on a regular basis.

If Spawn is in Mortal Kombat 11, it wouldn't be either the character or McFarlane's first forays into the fighting game arena. Spawn appeared in the Xbox version of Soulcalibur II as that game's guest character, with Link on the Gamecube and Heihachi on the PlayStation 2, so you might call a Mortal Kombat appearance a Re-Spawn. McFarlane also designed an original character for the game named Necrid, who was an attempt by Namco to make Soulcalibur more popular in the west. Necrid did not return for further games, though Soulcalibur V director Daishi Odashima has indicated it was more of a copyright issue.

Rumors surrounding Mortal Kombat 11 before announcement suggested that licensed characters, like the series has used as DLC in previous entries, will play a more pivotal role in the story this time around. If that's true, perhaps Spawn is involved in the time-traveling shenanigans going on with this tournament.

A new Spawn movie is supposedly in the works starring Jaime Fox, but has not begun filming yet. Mortal Kombat 11 will release on April 23 on PlayStation 4, Xbox One, Switch, and PC, with a full reveal scheduled for January 17.