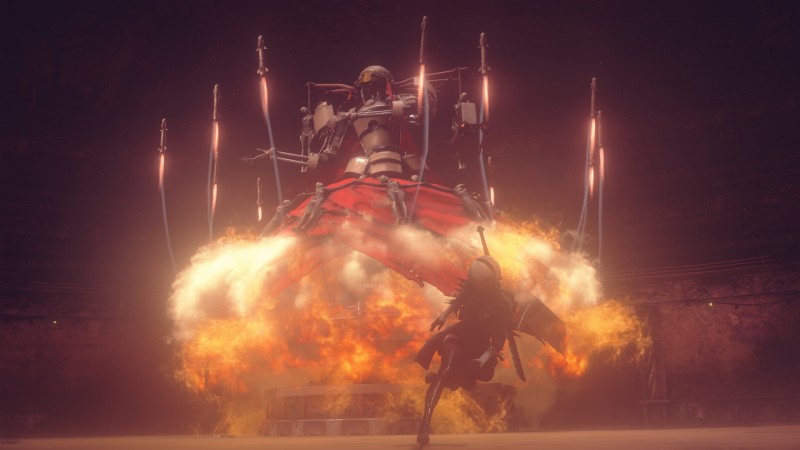 A ratings leak a few weeks ago accidentally let slip the title Nier: Automata Game of the Yorha Edition, a pun on Game of the Year using the organization name within the game. It's not a high-level pun or anything, but it's serviceable. In a way that makes me wonder whether or not Square Enix remembered if they had already announced it or not, the Nier: Automata Twitter account today confirmed the existence of the game with a message from director Yoko Taro, complete with spelling errors.

We interrupt your regularly scheduled programming with a special message direct from @yokotaro... pic.twitter.com/IE9seYUBzH

Yeah, that sounds about right.

It is likely that the Game of the Yorha Edition will be similar in concept to the Xbox One port of Nier: Automata, which was dubbed the Become as Gods Edition. That version packaged all the game's DLC onto the disc, which unfortunately did not include any real story DLC, mostly just arenas and boss fights for players that want to dig deep into that stuff. But hey, if you've been curious, this is as good a time as any to try.

Nier: Automata is currently available for PlayStation 4, Xbox One, and PC.