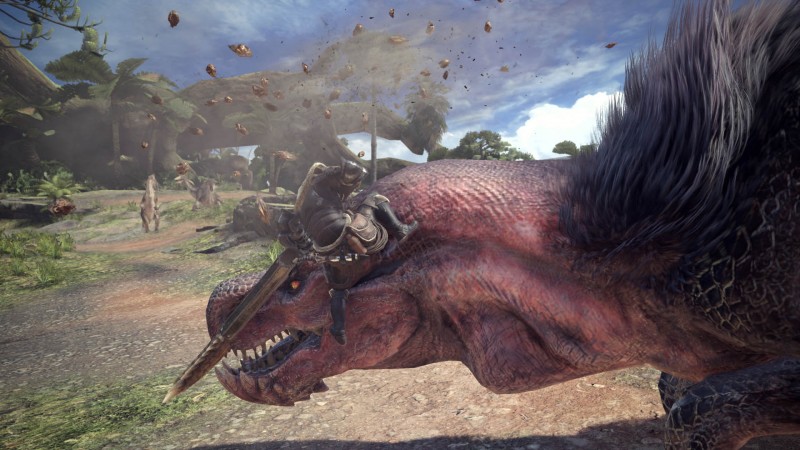 At last night's Game Awards, Monster Hunter: World developers were asked by host Geoff Keighley if they had anything to announce. They demurred and instead said there will be something big within the next couple of days, but they couldn't say it there on stage. Today, Capcom announced there will be a special Monster Hunter stream for fans on Monday, December 10, likely to introduce whatever it was they were hinting at.

Tune in for a Special Developer Update on #MHWorld on December 10 at 6am PST / 2pm GMT https://t.co/51NJqvsnl1

Even the PlayStation account is trying to pique player interest.

It's been slightly under a year since the game's late January release, meaning that plans for things like a G-Rank or additional monsters usually get revealed to the public. In the past, Monster Hunter games used to issue entirely new titles for those revisions, which is something Capcom has said they did not want to do this time around, especially as they have the ability to issue them digitally. Could it be a paid DLC expansion, perhaps? What if it's not an expansion at all? We'll find out for sure on December 10.

Monster Hunter: World is currently available on PlayStation 4, Xbox One, and PC.