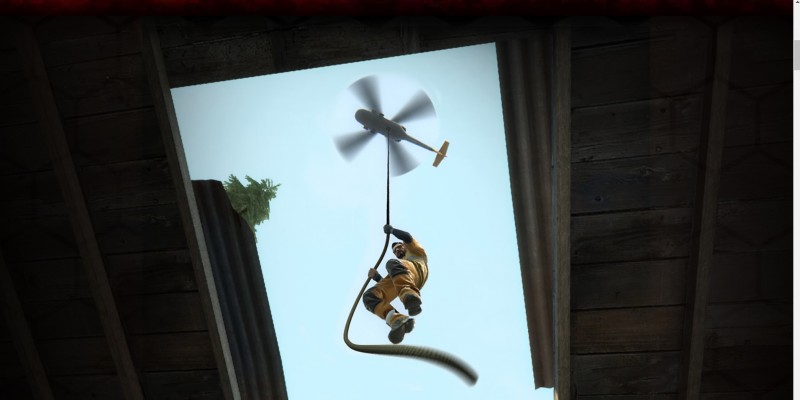 Counter-Strike: Global Offensive commands one of the strongest and most dedicated fanbases in the realm of multiplayer shooters. The simple back-and-forth matches between terrorists and counter-terrorists are basically enshrined in the PC gaming culture as one of the most fundamental shooters available. Today, Valve announced that Counter-Strike GO will not only be getting a smaller-scale battle royale mode called Danger Zone, but it will also be going totally free-to-play.

The new mode puts eighteen players together in a larger-than-usual map titled Blacksite and, as battle royale games do, prompts the player to choose where they want to land. From there it seems to be the standard battle royale fair, but with the ability to track opponents on an in-game tablet using gathered intel and summon drones to you for supply drops. Players can do solo, doubles, or triples, with solos queuing into 16-player matches and groups raising the limit to 18.

Danger Zone, much like the rest of the game, will be completely free. Players who have already bought CSGO will be upgraded to Prime status, which lets you matchmake with other Prime users who have been verified by Valve as most likely not cheaters. It also nets you a Danger Zone souvenir MP5-SD. Players who are new to CSGO and want to join Prime will have to pay a $14.99 buy-in or earn a service medal through play.

The game's new pricing model and Danger Zone mode are both available now.