15 Tips For Turning The Tides Of War In Battlefield V

Battlefield games have always been about teamwork, and that isn’t changing in the series’ return to World War II. It hardly matters how good your kill-death ration is; lone wolfing or selfishly sniping by yourself in Battlefield V isn’t helping your team’s cause as much as you think it is. Whether you want to win lightning rounds of Team Deathmatch or the long-form engagements of Grand Operations, your team needs to work together to hold important control points and advance the attack. Here are some tips to help your war cause.

Some players in squads disregard their teammates and simply use them as spawn points to get into the action more quickly. Don’t be that person. A good squad is one with a common objective. If you’re playing as the squad leader, be sure to highlight the next objective you want your squad to attack or defend using the right bumper when looking at the control point. When your team plays the f-ing objective you highlighted, you earn a LOT more experience points, so ignoring them not only hurts your team, but your bottom line as well. If you’re in a squad and your leader isn’t issuing commands, use the commo rose to request one. If your calls go ignored for a period of time, the game will automatically promote you to squad leader so you can make the directives.

Every point your team earns applies to the squad reinforcement system, but the game doesn’t do a good job of explaining how squad leaders access these rewards. When you’re safe behind cover, simultaneously press LB and RB to access this menu. Here, you’ll see four rewards to choose from, the availability of which depends on your point balance. The cheapest option – resupply – is a great option for calling in resources behind enemy lines. Spending points on one of the two vehicles allows you or your team members to spawn into it from the redeployment screen after their next death. And the V1 rocket? So worth it. We’ve seen well-placed rockets generate upwards of 5,000 points.

The medic and support classes both possess valuable resources in the form of ammo and med packs. In my experience, dropping down crates was less useful than spamming packs to nearby teammates in need of supplies. You can rack up a ton of points this way.

It’s easy to ignore Battlefield V’s new fortifications system; if you never press down on the D-pad to pull out your building hammer, you’ll never notice all the places you can improve defenses around a contested control point. This is a grievous error. When the destruction begins and your strong defensive positions are compromised, fortifications may be all you have to withstand a focused enemy advance.

If you spawn into a base that you know could eventually become a hot zone, like the main hangar in Aerodrome, I recommend taking a minute and building up some defenses. It’s an easy way to rack up some points, and your teammates will be thankful when they need to retreat into a well-fortified position. Any class can contribute to building, but the support role can build faster and has access to more formidable defenses like gun emplacements.

Calling For A Revive Is Worth It

In previous Battlefield games, waiting for a revive felt like it doubled your spawn time if no one came and you had to wait again in the redeployment screen. Battlefield V is much less punishing, which makes calling for a revive when soldiers are nearby worth it. If the soldiers around you are jerks and ignore your desperate pleas for help, don’t fret. Your respawn time on the redeployment screen is almost nil, and you’ll be back in the trenches in no time.

Anyone Can Revive, So Just Do It

Just because you’re not playing the medic class doesn’t mean you’re off the hook for helping up a fallen comrade. Don’t be foolish about it – it’s your teammate's own damn fault if he ran haphazardly into an open space with no cover and got himself killed. But if a downed soldier is in a spot where you can revive him without risking your own life, do it. Revives are often the determining factor in overcoming a staunchly defended area.

Hemmed In By Snipers? Pop Smokes!

Those snipers are so goddamn annoying, aren’t they? If your team is having trouble making headway toward a hotly contested control point, equip some smoke grenades and start tossing. They can give your team the cover they need to cross that death valley and hug up against cover well in advance of the previous stalemate position. Smoke grenades are also valuable for providing cover when several teammates are downed out in the open.

The assault class is the role best equipped for dealing with menacing tanks, and if you want any chance of winning, it’s in your best interest to make short work of these metal killing machines. I always get into the habit of dropping anti-tank mines on the road leading up to control points. A lot of time, tank drivers are wholly focused on looking for people to shoot, so these undetected mines are a great way to get free points. If they cruise past this defense, get out your panzer and make short work of them.

Playing As The Recon Class? Spot!

One of the biggest changes Battlefield V to the class balance is removing the ability for everyone to spam spotting and mark every enemy. While every class can make an indicator that points to a general region where enemies are holed up, only the recon class can 3D spot and mark individual targets. Put this ability to good use between rifle rounds and your teammates will be thankful.

Stick With One Gun A While

Each weapon in Battlefield V has its own tendencies, and with the removal of random bullet deviation, you can truly master the way a gun fires. This makes it valuable to take the time to learn the nuances of a particular weapon rather than continually swapping. Doing so also unlocks several special assignments that lead to new weapon skins and spendable company coins. 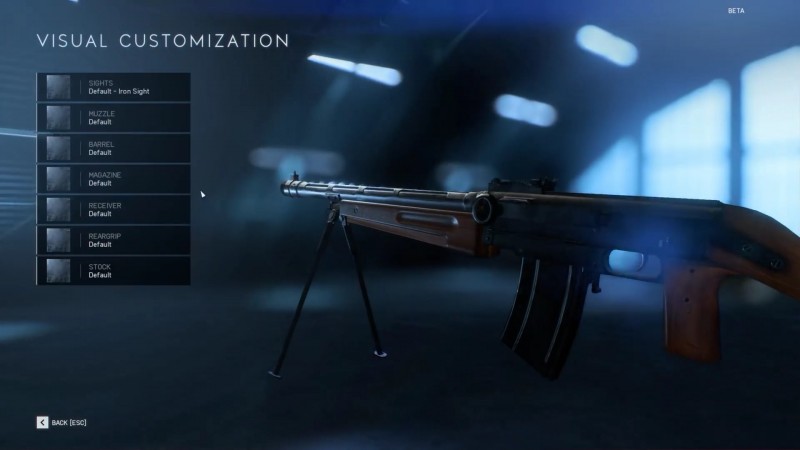 Pick And Equip Your Favorite Scope

One nice quality-of-life change is you don’t have to be stuck with ironsights before unlocking a new scope; several are available for each weapon right off the bat. When you are equipping a new weapon, don’t forget to customize it and select your favorite scope style.

Check The Redeployment Screen For Vehicles

It’s easy to get into the habit of immediately spawning on a teammate in Battlefield V, but it’s worth it to check back at the redeployment screen every once and a while to see if there is an unused tank waiting to turn the odds in your favor. Whenever these become available, they should immediately be put to good use. You rack up more damage for rockets placed into the back and side of the tank than you do the front, so aim accordingly.

Every player can have four active special assignments at one time in addition to the rotating schedule of daily assignments. Don’t miss out on this free XP, keep these slots full. The more you play with a particular class or weapon,  the more special assignments become available for you to activate.

Everyone has different tendencies when playing Battlefield, and weapon specializations are a way for you to tailor each weapon to your liking. Maybe you would prefer a faster aiming time, increased range, less bullet spread, or less recoil? The specializations are where you can pick and match between these valuable upgrades. Make a choice you regret? You can always respec any weapon in the game.

Customize Both Axis And Allied Soldiers

Battlefield V’s new Company hub is a one-stop shop for outfitting your soldiers in various classes. But the changes you make to your appearance, weapons, and gadget loadout don’t apply across all the armies. Don’t forget to customize your Axis soldiers as well as your Allied ones.

Do you have other tips for success in Battlefield V? Share them in the comments section below.