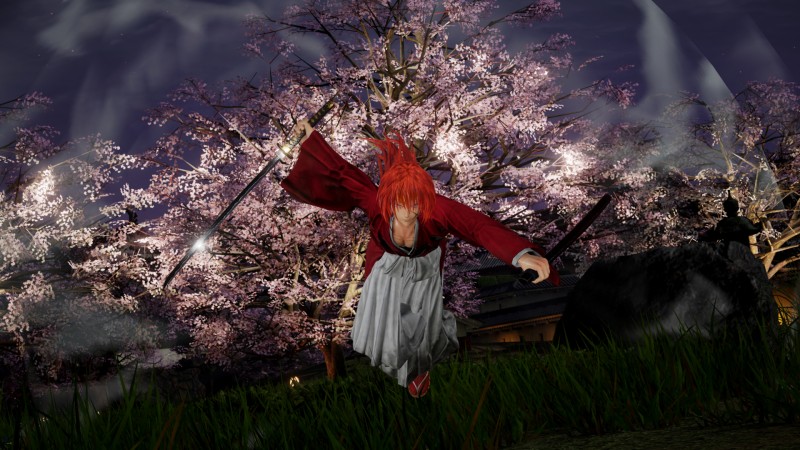 Bandai Namco has revealed the newest character for Jump Force, the Shonen Jump-based arena fighter bringing in characters from the magazine's long history. This time, both Himura Kenshin and Makoto Shishio from the 1994 manga Ruroni Kenshin are joining in for the crossover fighting game.

In Rurouni Kenshin, protagonist Kenshin was a former soldier/assassin renown for his swordsmanship, but was used by the military primarily to kill. As a consequence, a more adult Kenshin created a special blade with a blunt side facing forward so that he could defeat opponents without murdering them. Shishio is the primary villain from the manga's Kyoto arc, covered head-to-toe in bandages after being burned by the government.

While there is no video yet, presumably both characters will play with sword styles hewing close to their anime adaptations.

The manga Rurouni Kenshin is actually still running in a different form, as creator Nobuhiro Watsuki approached Shonen Jump in the mid-2000s with the intention to remake Kenshin with a modern sensibility. In 2017, Watsuki was arrested for possession of child pornography with a number of underage DVDs so large that prosecutors assumed he had an intent to distribute, but eventually ruled that he was collecting it for himself. Watsuki himself admitted an attraction to elementary school girls in a deposition. He was fined the equivalent of $1900 and continues to work on Rurouni Kenshin at Shonen Jump today.