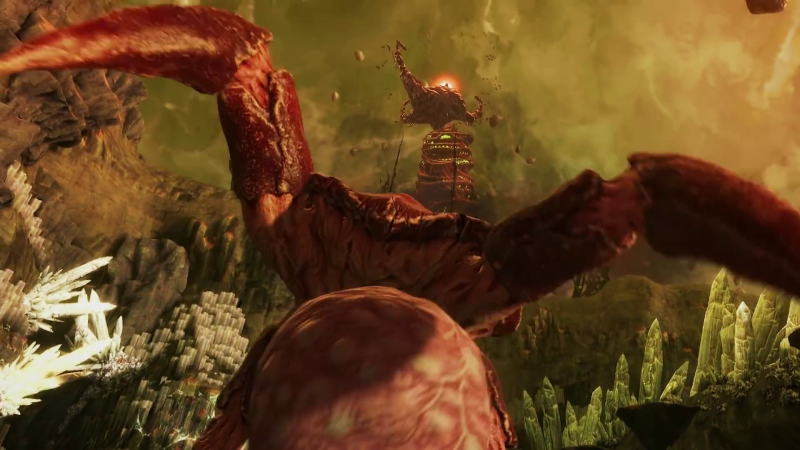 Do you remember the original ending to Half-Life? Toward the end of the game, Gordon would go to Xen, a nice-looking skybox with a number of disconnected platforms that involved extensive use of the long jump module. It looked cool, but it was kind of one-note, and bore more of a resemblance to Super Mario 64's final worlds than anything from Half-Life's design until then. So when Black Mesa, a fan-made remake of Half-Life, got its last real build released, the developers didn't really focus on Xen and opted to leave it for later. It seems later is now, as the team behind the remake has released a trailer of what has become of Xen.

Rather than appending Xen to the game, the Black Mesa team of incredibly dedicated fans have expanded it to be a standalone multi-hour campaign set on the alien planet that so much of the game was leading up to. You can check out the trailer below and see what they mean.

The trailer is almost cut like a trailer to Doom, but definitely looks like an impressive effort from everyone involved. Xen seems more or less transformed into a major new area in the game. Not to run the comparison marathon forever, but there's shades of Metroid Prime in what the trailer shows, with a lot more colors than even that game.

The trailer was released for Half-Life's 20 year anniversary, releasing on November 19, 1998. But the developers say that the content should be ready to go soon and is targeting a Q2 date next year.