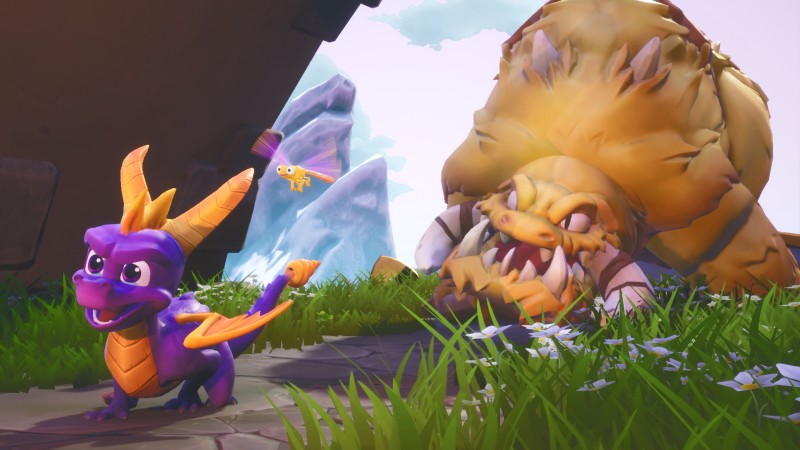 When the Spyro games first released on the PlayStation in the late 90s, they lacked subtitle options for the game's cutscenes. This isn't too shocking, as voice acting on console games was still fairly nascent, and disability options were not often talked about. When the Reignited Trilogy, remakes of the first three games in the series, released last week, the game's 35 minutes of cutscenes also contained no subtitles despite 20 years of guidelines and best practices informing that decision.

While this in itself is an issue, and one that can be fixed with a patch or an update, Activision's response to questions on the subject seems to indicate they made a decision not to focus on subtitles. In a statement to British video game outlet GamePitt, Activision provided the following explanation:

"When Toys For Bob set out to make an awesome game collection, there were certain decisions that needed to be made throughout the process," Activision said. "The team remained committed to keep the integrity and legacy of Spyro that fans remembered intact. The game was built from the ground up using a new engine for the team (Unreal 4) and was localized in languages that had not previously been attempted by the studio. While there’s no industry standard for subtitles, the studio and Activision care about the fans' experience especially with respect to accessibility for people with different abilities, and will evaluate going forward."

The statement appears to say that Activision considered adding subtitles and decided it wasn't a priority. While the company is correct that there is no legal standard forcing video games to have subtitles, as such a guideline would be impossible to enforce, subtitles by and large are expected within most publisher-backed games. The statement does not close the door on adding subtitles in an update, but also does not really suggest it as a possibility, either.

While Activision noted that they are evaluating the problem going forward, it is worth noting that similar complaints were made with 2017's release of Crash Bandicoot N. Sane Trilogy, which Activision also published and was similar in concept to the Spyro Reignited Trilogy. None of the original games in either trilogy had subtitles, but it seems surprising to have considered it and decided not to bother this many decades later.

It is worth watching The Game Maker's Toolkit video series by Mark Brown titled Designing For Disability, the episode about subtitles being specifically relevant.

We also spoke to Spyro Reignited Trilogy's developers Toys for Bob on the GI Show last week, which you can watch below.

I often just turn on subtitles so that I don't miss certain dialogue or because I'm keeping the volume low. For me, it's a minor annoyance, but an annoyance all the same. For some others, it means they literally cannot take in the dialogue at all. Activision is right; there is no industry standard here, but that is less of a defense for Activision and more of an indictment of the industry. Video game subtitles are harder than movies and TV shows because there's so many more interactive considerations to make, but that statement is strange, and it's one I bet they wish they hadn't put out.
.
On
On
Off
Off