Fatshark has been working hard on the PS4 version of Warhammer: Vermintide 2, and the company has announced a closed beta in advance of the game's December 18 full release.

If you've pre-ordered the game (which you can still do) you are automatically signed up for the beta, and it also gives you early access to the title's full release and other goodies.

For more info on the pre-order bonuses for the game as well as a way to sign up for the closed beta if you're not pre-ordering, click the source link below to go to Fatshark's official page.

For more on the game itself, read Javy's thoughts on the original PC version. 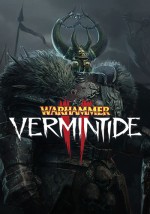