Samwise Didier was working in a movie theater when he answered an ad in a paper to make video games. The first two games Didier worked on at Blizzard (then Silicon & Synapse) were Rock n' Roll Racing and The Lost Vikings for the SNES.

Didier's exaggerated physiques and vibrant color palette ultimately shaped the style of Warcraft III and eventually World of Warcraft. During our trip to Blizzard last month, the artist shared some background on this Warcraft III concept art, which was drawn by himself and Chris Metzen. 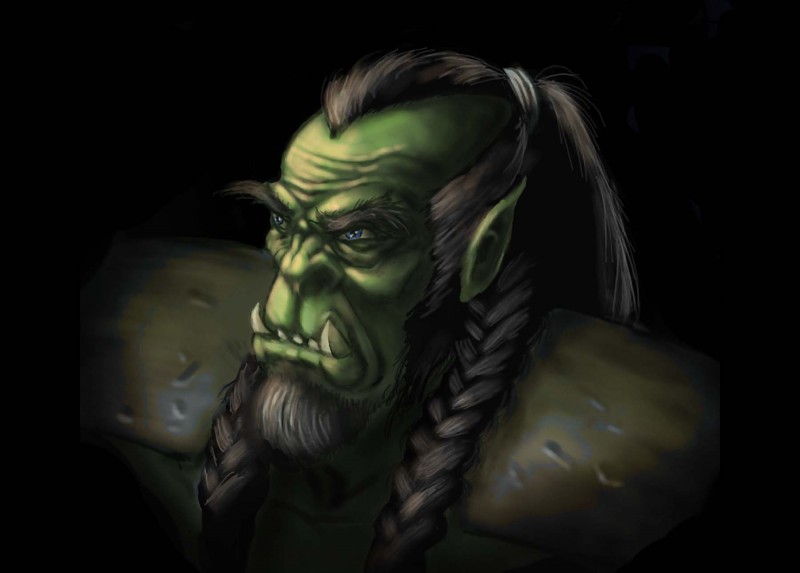 Before Warcraft III, Blizzard worked on a game called Warcraft Adventures: Lord of the Clans, an unreleased point-and-click adventure starring a young orc named Thrall who was on a quest to reunite his race after their defeat by the human Alliance. Even though the project was canned, Blizzard was able to repurpose many of these concepts for Warcraft III.

“I remember, we made a couple of trips to Russia to work with an animation house,” Didier says. “It was cool, but one of the reasons we pulled back on doing it was because I don’t think we really found the fun. At that time, other games were coming out that were already doing that and then some. By the time we would be set to come out, it would have just seemed dated.” 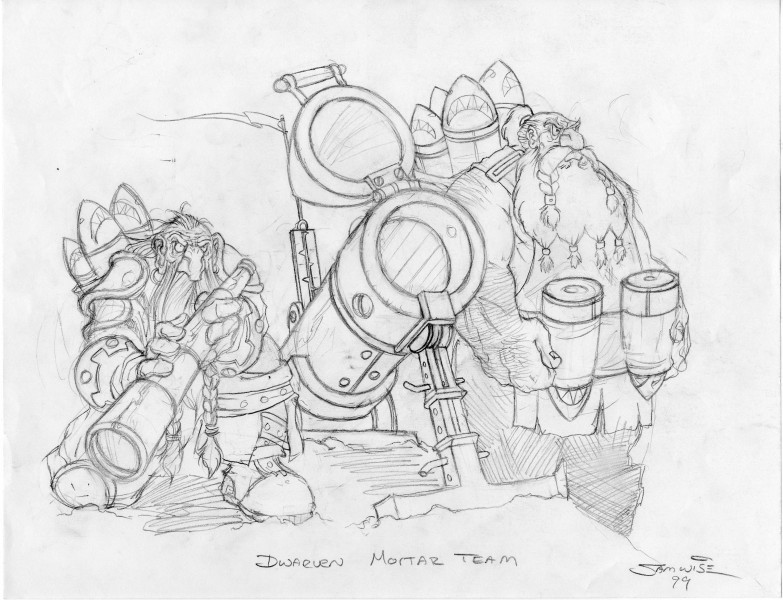 Early in development, Blizzard experimented wildly with Warcraft III. Some early designs involved having a dragon race that featured only a single unit. Before the game was even called Warcraft III, Blizzard even experimented with moving the camera closer to the ground – creating a third-person perspective behind the player’s heroes. “We wanted to sell the world a bit more,” says Didier. “We wanted to have more RPG elements. We wanted to make something showing off a 3D engine. But, like with new tech, people tend to go overboard on that, so we kept slowly nudging the camera back up.” 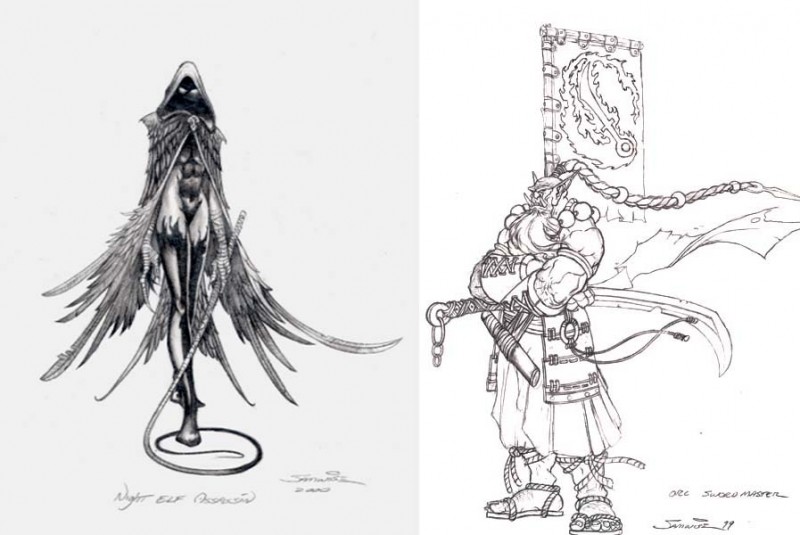 “The first thing everyone wanted to do was make Warcraft III more realistic,” says Didier. “So everything was smaller. Then we saw it in game, and we were like ‘Everything looks dumb.’ So we started making the colors simpler, decreasing the shading, adding flat colors. We scaled the characters back up and made them bigger and bulkier so they read from that top-down camera. That’s one of the reasons we started doing that style, because it read better, but also because everything felt huge. Everything felt heroic and mightier.” 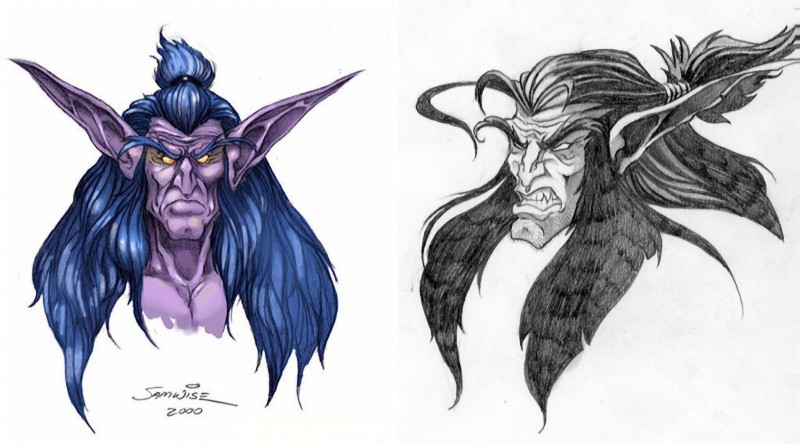 Warcraft III was the first game where Blizzard experimented with 3D, which forced the team to change its approach to art. “We were used to texturing things a certain way,” says Didier. “In 3D, you weren’t able to touch up each individual pixel like you were before. You had to make it look good on the 3D model, so we had to keep simplifying our style.” 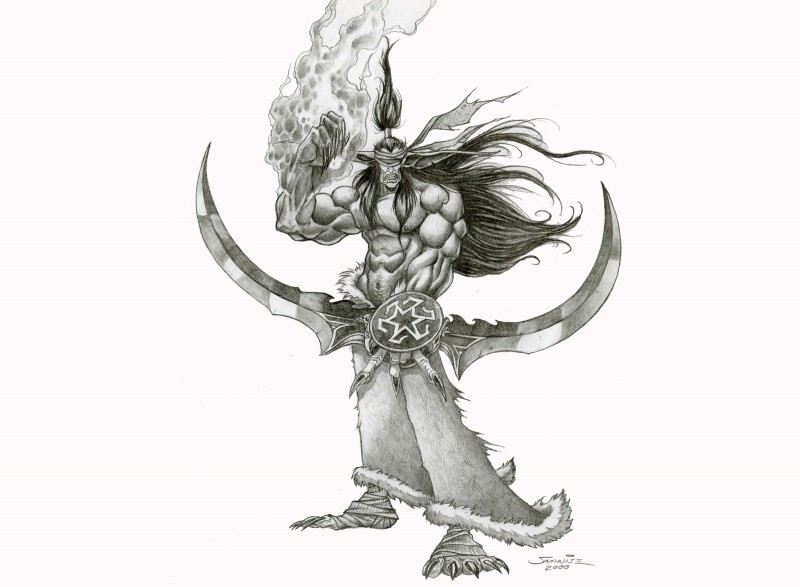 “One of the great things about Warcraft III is that this is where everything comes from,” says Didier. “Jaina was born in Warcraft III, and Arthas, Uther, and Illidan. All these characters. There weren’t even Night Elves or Taurens before Warcraft III. We brought every character and race that we had sort of roughly talked about in the other games and fleshed them out.”

Over the years, Blizzard has taken a lot of risks, but the company spends time itterating on those ideas and rarely settles for second best. Warcraft III was technically the thrid game in the series, but it was a pivitol entry for the franchise and for Blizzard. The upcoming Reforged remaster will give fans – both new and old – a chance to experience what made Warcraft III so special.

Click on our banner below to enter our constantly updating hub of exclusive features on Warcraft III: Reforged.