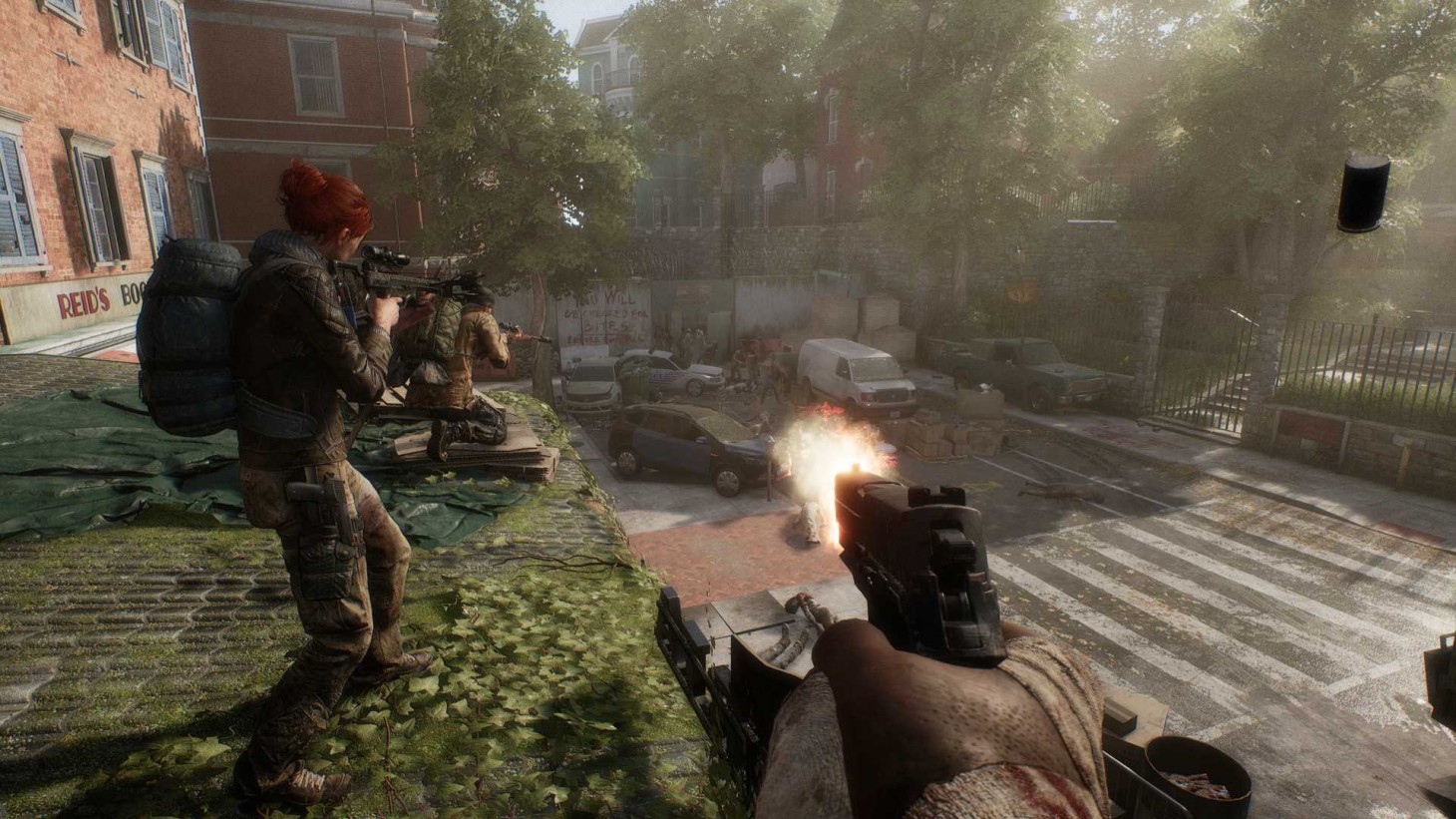 Overkill’s The Walking Dead released yesterday, and we’ve gotten a start on exploring the post-apocalyptic survival mechanics of this latest release. But after the first several hours of play, I feel compelled to offer a warning ahead of our official review; my first impressions aren’t good. Gameplay tedium, technical matchmaking problems, poor balance, and more than one game crash in just a few hours of play all suggest that The Walking Dead is just like any zombie – something better kept outside your home. While I continue to play to see if my experience changes, it’s currently not a game I can recommend to survival fans or even hardcore fans of the comics or TV show.

Overkill’s The Walking Dead has a promising premise, allowing players to team up to fight both the hordes of walkers, but also the other human survivors that threaten your group’s survival. Level up a camp, defend it, and go out scavenging. Improve one or more of several distinct survivors, each with their own abilities and specialties. I entered into the game with some enthusiasm about what awaited me.

However, problems are apparent almost right away. As of today, I’ve yet to successfully matchmake with another player or group, and I’ve been forced to either play solo or with one other Game Informer editor. In a cooperation-focused survival game, matchmaking problems on day one are a big deal.

Once in-game, the controls feel sluggish, melee combat (which is a focus) lacks sophistication, and both core controls and objective accomplishment is poorly explained. Many systems are opaque and confusing even after a few hours of play.

On normal difficulty, levels are balanced to be very difficult to complete, but if your team dies, you’re always forced to restart the entire level. Minor procedural elements are changed upon second playthrough, but this feature ends up being more frustrating than anything else, as you struggle to find mission-critical pick-ups, or end up with a setup of zombies in a house that is significantly harder than the last time through.

My game crashed twice in the first five hours of play, necessitating replays of the lengthy mission in question. In two other instances, progression-tied objectives failed to spawn in my mission, so there was no way to progress. In these instances, I also lost significant chunks of playtime, and had to restart.

Shooting is rare due to very limited ammo, but when it is present, it feels imprecise and awkward. At the other end of the spectrum, the sneaking and sightline mechanic is unnecessarily harsh, making it extremely difficult to stay out of combat if that is your preferred playstyle.

The jump scares of a sudden zombie behind me, or the atmosphere of the ruined world setting, all start to feel tired and unappealing because so much of the surrounding gameplay lacks engaging action or stealth.

In short, I haven’t found a lot to like in Overkill’s The Walking Dead, but because of all the problems that plagued my first several hours, I’m the first to admit that I’m still very early in the game, and my sense of the product's quality might change. In addition, Overkill and Starbreeze have already been at work attempting to patch the game, which I hope provides some fixes to the game’s most egregious issues.

In the meantime, if you’re looking for a place to spend $60, I’m forced to point you elsewhere.