Undertale Creator Opens Up About Deltarune, Which Is A Long Way Off 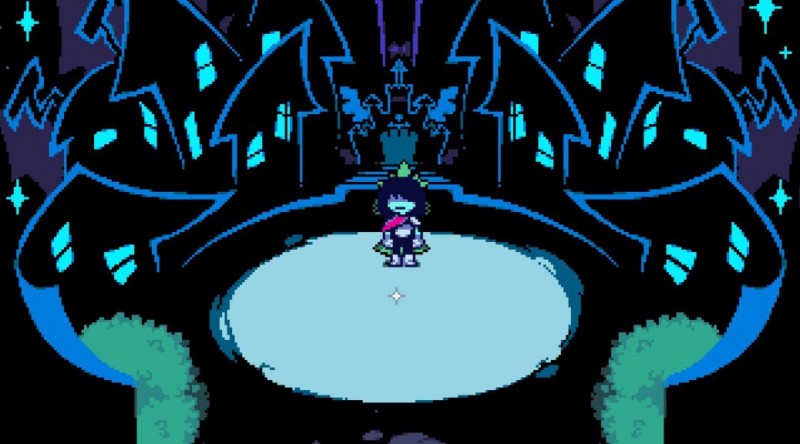 We've all been scratching our heads about Deltarune, a new game released by Undertale creator Toby Fox for free. The title baffled Undertale fans by, without spoiling anything, turning a lot of the first game's mechanics and story on its head without being clear how or why. On the game's website, Fox asked for a moratorium on discussing Deltarune for 24 hours so people could experience it fresh, and then released a statement about the game after those 24 hours were up.

If you haven't finished Deltarune and wish to go in fresh, then I would spend the few hours doing that, then coming back here.

"I will say that basically, what you're seeing here is not the world of Undertale," Fox said in a Twitlonger post. "Undertale's world and ending are the same as however you left them. If everyone was happy in your ending, the people in the Undertale's world will still be happy. So, please don't worry about those characters, and that world. It will remain untouched."

Fox also cautions against the idea of worrying about where this game takes place, and how it relates to Undertale, shouldn't become an obsession that keeps you from enjoying the game.

Undertale was a remarkable effort in that the entire game was almost entirely made by Fox with some outside art work, as well. The demo for Deltarune is about two hours long and took several years, with Fox posting on Twitter that he has been working on the demo since 2014. As such, Fox doesn't want to spend more than seven years working on the game, and is going to assemble a team this time.

He cautioned that the game beyond the first chapter has zero work done on it. There is a script and some music, but a team is needed for everything else, and Fox is candid that the Deltarune team would be basically starting from scratch. The development is complicated by all the changes since Undertale, including a party system and more visually-intensive battles.

While Deltarune ends with a cliffhanger and a chapter transition, the actual structure of the game will be similar to Undertale, in that the rest of the chapters will be sold together, not piecemeal. Fox also won't take preorders, as he doesn't believe in that as a concept, and doesn't want to burn anyone.

Interestingly, he also points out that Deltarune won't have multiple endings, a defining feature of Undertale.

"By the way, I was really worried at first about making this," Fox said to close out the letter. "The expectations for my next work would be really high, so high that I knew that no matter what I did, I felt like people would be underwhelmed. If you played Undertale, I don't think I can make anything that makes you feel 'that way' again. However, it's possible I can make something else. It's just something simple but maybe you'll like it."