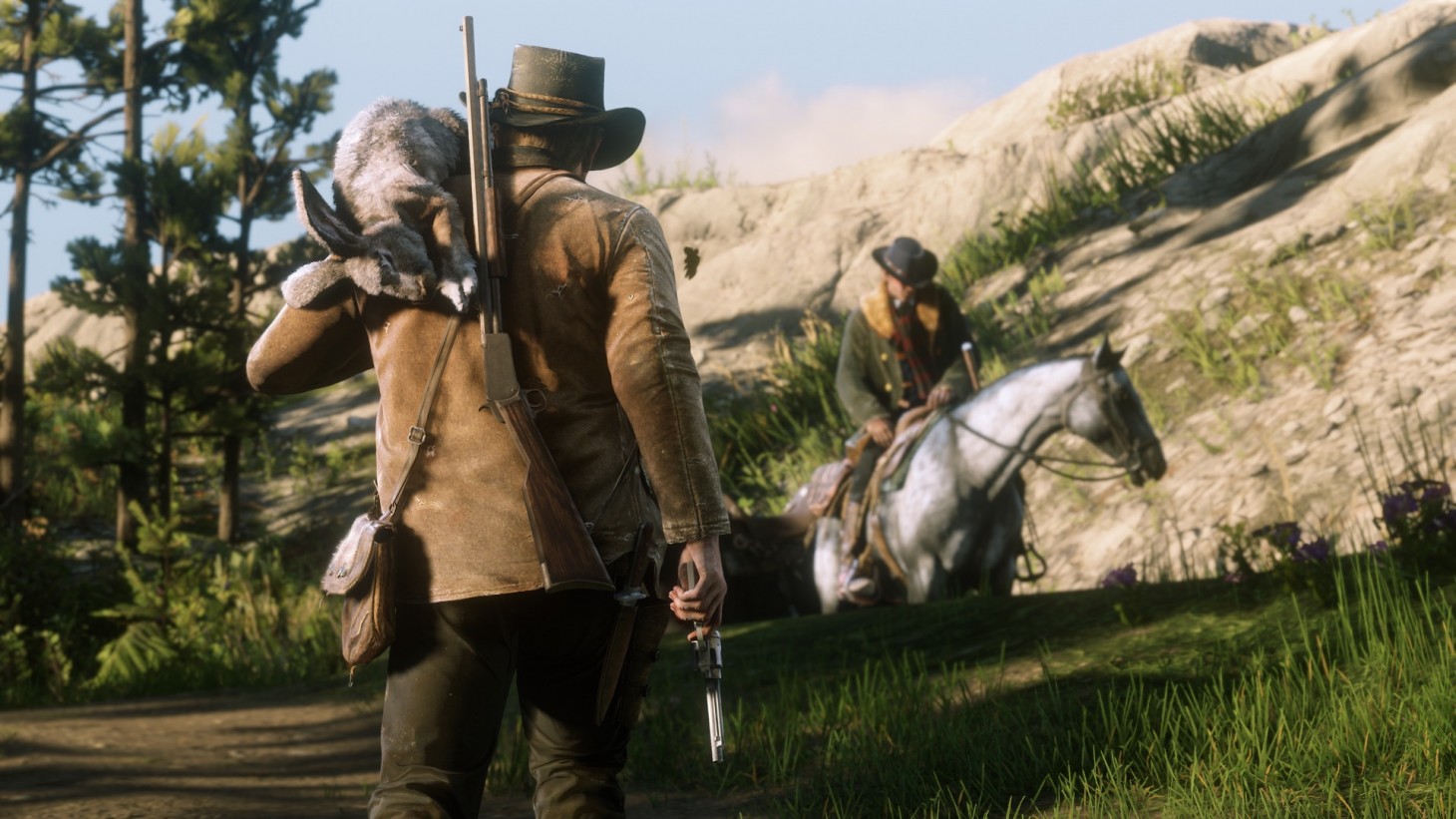 Weekend Warrior – That One With The Horses

Brian Shea (@brianpshea) - I just wrapped up the main story of Assassin’s Creed Odyssey after 43 hours. I don’t really want to do any more side missions right now, but I feel like I have some unfinished business with a certain cult, so I’m going to be hunting the members of that organization down. After I wrap up that endeavor, it’s time to start the horse boys game.

Jeff Cork (@gijeff) - Here comes something that will blow your mind: I’m going to play Red Dead Redemption II this weekend. I’ll do my best to try out stuff in the game that other people in this roundup aren’t doing, just to make it interesting, though. And I might play a few rounds of Overwatch, too. Ta dah!

Ben Hanson (@yozetty) - This Red Dead game is really going to dampen my Blackout fun. A gamer just can’t catch a break this year! I have Red Dead Redemption II and I’m sure I’ll enjoy it once I boot it up, but right now I’m scared of the scope of that beast! It’s going to be a wild adventure. Have a good weekend… and yee-ha or whatever!

Move on to some beer-battered fries loaded with cracked black pepper -the real stuff – as the side dish to an epic mac’n’cheese entrée. This one is loaded with pulled pork, fried egg, chorizo, bacon, and jalapenos and topped with roasted chicken and Tack’s signature Sourdough Sidekickers.

Suriel Vasquez (@SurielVazquez) - I'm working my way through Thronebreaker: The Witcher Tales, which is much longer than I thought it'd be! Hopefully when I get into the Gwent multiplayer people will be nice to me and not beat me up. If I have any free time this weekend, I'll watch the second season of the Netflix Castlevania show. The first season is good, so I hope this one is also good!

Kyle Hilliard (@KyleMHilliard) - I'm sure it reads like a broken record here, but I will be playing Red Dead Redemption II this weekend as much as possible. I'm about an hour in so far and am very engaged with gang and the story that's been set up – I can't wait to go deeper. Outside of exploring the old west, my daughter has two birthday parties this weekend, so she will be busy. Otherwise, it will be a lot of laundry and a lot of cleaning. You know, fun stuff that people love.

Leo Vader (@leovader) - I am so amped for Red Dead but if I’m being realistic, I bet I’ll spend more time in Maple Story 2 than RDR. That game has its hooks in me. Me and my friends are making all of our houses interconnected and tonight we’re gonna work together on building a giant toilet. RDR GOTY my ass. Have a good weekend!!!!

JP Gemborys (@JPGemborys) - Another week down, another weekend without a console. I’ll probably do the next best thing and pick the dirt out of my fingernails, stare up at the ceiling fan and contemplate how horrible everything is. Probably make some BLTs.

Imran Khan (@imranzomg) - This weekend, I am not playing Red Dead…yet. I want to dive deeper into Blackout for a bit first and I’m banging my head against the awful and cheating Soulcalibur VI Libra of Soul story mode. I’m also working on a few other projects that I’ll touch this weekend.