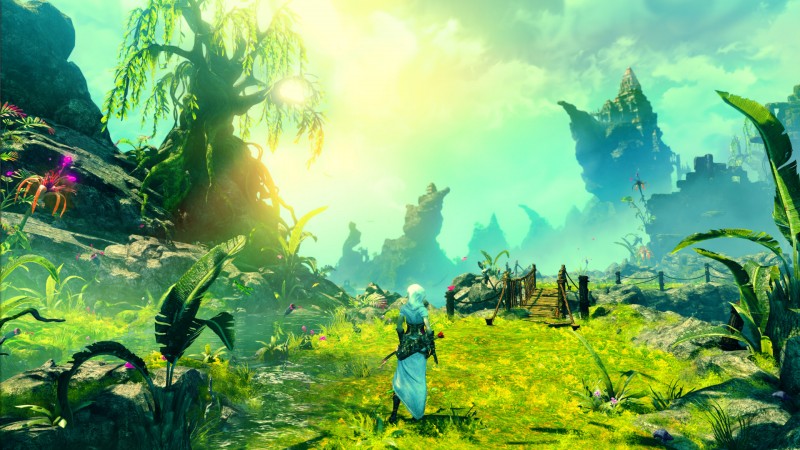 Frozenbyte, the developers behind the puzzle-platformer Trine games, has announced a fourth game in the series, though details are scant. The announcement, which confirms the game as real, is apparently not an official announcement for the game. Yeah, it's weird.

Frozenbyte and @Modus_Games are partnering to release #Trine4 next year for #PS4, #NintendoSwitch, #XboxOne and #PC! Visit https://t.co/S9lU7CkrBq for the latest news and to subscribe to our newsletter. pic.twitter.com/Am2mBKEZov

As the tweet says, the game is coming to PlayStation 4, Xbox One, and PC in 2019. It is unclear when Frozenbyte will add more information, such as screenshots or even structure, but we do know that it is being published by Modus Games.

The latest game in the series, Trine 3, was critically lambasted by fans for eschewing its 2D roots and focusing on 3D adventure. The change in focus likely contributed to the game's short length and repetitive nature, with the ending coming abruptly after a few hours and with little story justification. After the response, Frozenbyte released a video saying that plans are on hold for future Trine content "now that everybody hates us." This might explain why the studio has teamed up with a publisher for the new game.

Regardless, the first two Trine games were really fun, so I'm definitely eager to try a new one.