Yakuza 4 Remaster Completely Recasts One Of The Protagonists 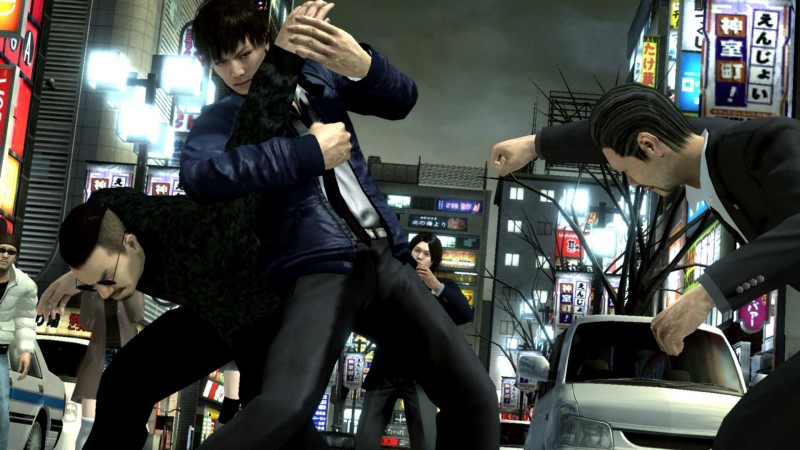 When Sega announced a few months ago that several Yakuza games were getting ported to the PlayStation 4, both longtime series fans and newcomers were excited to have the entire Yakuza series in one easily accessible place through a spate of new games, remakes, and remasters. As evidence that the inexorable march of time affects all things, however, Yakuza 4's remaster is going to undergo some changes when it arrives on the console, including a complete recasting for Masayoshi Tanimura, one of the game's four protagonists.

The setup to Yakuza 4 was the first inkling that Sega's Yakuza studio was starting to move away from Kazuma Kiryu as the face of the series. The game split between four protagonists instead – the money-lender Shun Akiyama, the death-row inmate Taiga Saejima, the beat cop Masayoshi Tanimura, and Kazuma Kiryu. Akiyama and Saejima both played roles after Yakuza 4, but Tanimura mysteriously disappeared.

The actor that played Tanimura, Hiroki Narimiya, was both the voice for the character and the basis for his character model. Narimiya was face-scanned for Yakuza 4's more dramatic cutscenes, as well. In 2016, amid accusations of cocaine use, Narimiya announced his retirement via fax and abruptly disappeared from public life. Since a few of Tanimura's lines needed to be re-recorded, and likely to avoid any sort of public relations issue considering the circumstances surrounding Narimiya's retirement, Sega opted to completely replace the actor with Toshiki Masuda. Masuda is best known for his voice acting roles, including the voice of Eijiro in My Hero Academia.

This means that the entire character model and voice work for Tanimura is being completely changed for the HD remaster, which is not unprecedented, but has never been done at this scale before. The HD remaster for Yakuza 4 is scheduled to come out in January in Japan, but no U.S. release for any of the remasters has been announced as of yet.