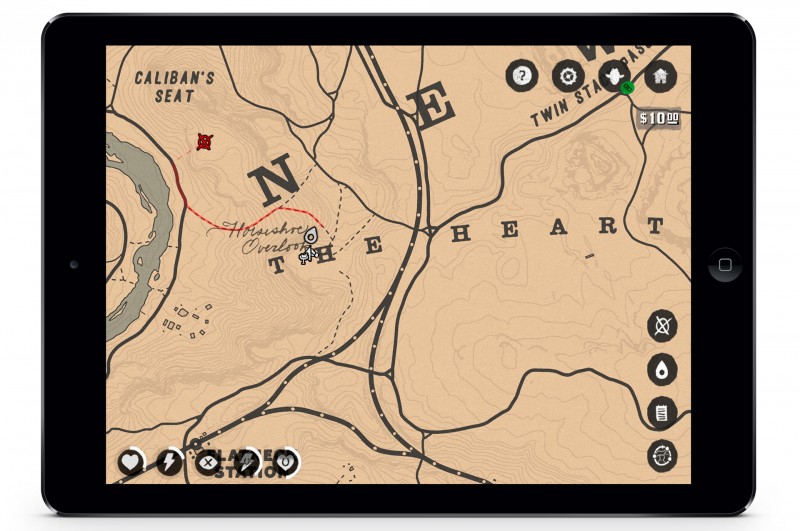 Rockstar has revealed that, in addition to playing Red Dead Redemption II on your big screen, you can also add a few inches to your screen by looking at a smaller screen sometimes. With the Red Dead companion app, the old west is at your fingertips.

In fairness to Red Dead, and putting aside well-warranted cynicism from years of companion apps, this one doesn't look too bad. The app, available on iOS and Android, lets you make waypoints directly from your phone for you to follow in the game. That means that the app has a complete map of the old west on it, which is thematically consistent, because companion apps also feel like they're from a bygone era.

Way more importantly, though, the app lets you move all the heads-up display (HUD) elements onto your phone, so you can play the game HUD-free if you so choose. I'm a big fan of getting rid of HUDs for open world games, so this is pretty cool.

If you buy the Red Dead Redemption II guide from Piggyback digitally, you will get to use it through the app, so no having to open up Google for help while using a private tab so your friends won't know the part they all talked about being super easy required a few tips to figure out. Only you will know, as well as your phone, and the NSA agents monitoring it.

The companion app will will launch alongside the game this Friday on iOS and Android, while the game itself releases on PlayStation 4 and Xbox One.