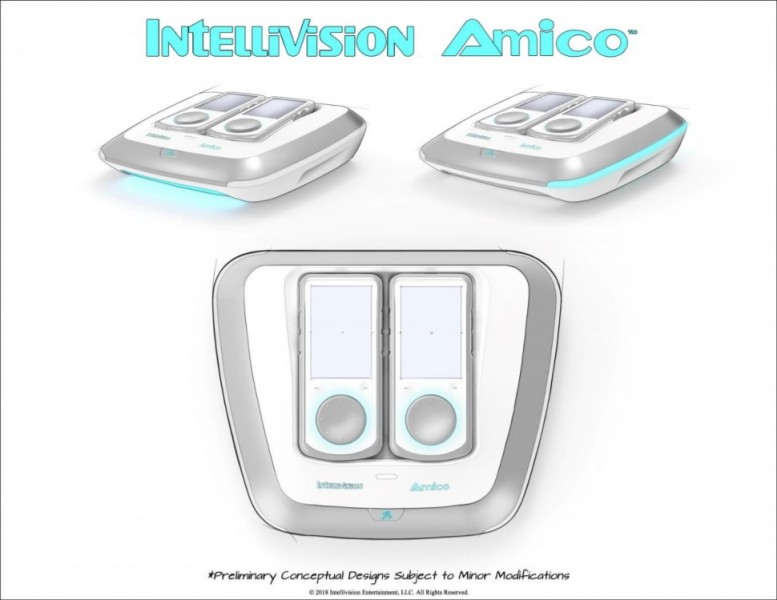 Intellivision Entertainment unveiled its plans this morning to re-enter the console market with the Amico home video game console. The company has some experience in this field, having released a console almost 40 years ago, but with its new system, Intellivision hopes to create a product for more casual gamers and families. Towards this end, Intellivision will reportedly only release games rated E for Everyone or E10+ on the Amico.

Tommy Tallarico, Intellivision's President, had this to say:

"Most every game being made for the home consoles these days is created with only the hardcore gamer in mind.  We see a world where everyone is interested in playing at home and with friends, but this isn't currently possible because the barrier to entry is nearly impossible for a non-gamer due to the complexity of the controllers, intricacy of gameplay, expense of the hardware and software and steep learning curve with an unbalanced fun factor for the beginner.  Our goal was to create a console that both gamers and non-gamers are able to have fun with and play together.  The Intellivision Amico is our answer to this gaping hole we see within the current video game industry."

The Amico will reportedly offer an exclusive selection of remastered Intellivision classics like Astrosmash, Star Strike, and B-17 Bomber alongside select favorites from the Atari and Imagic. According to the press release, you can expect these titles to include modernized graphics, updated audio, additional levels, and local and online multi-player modes. However, Intellivision also plans on bringing brand-new games to the new console, which are currently being developed.