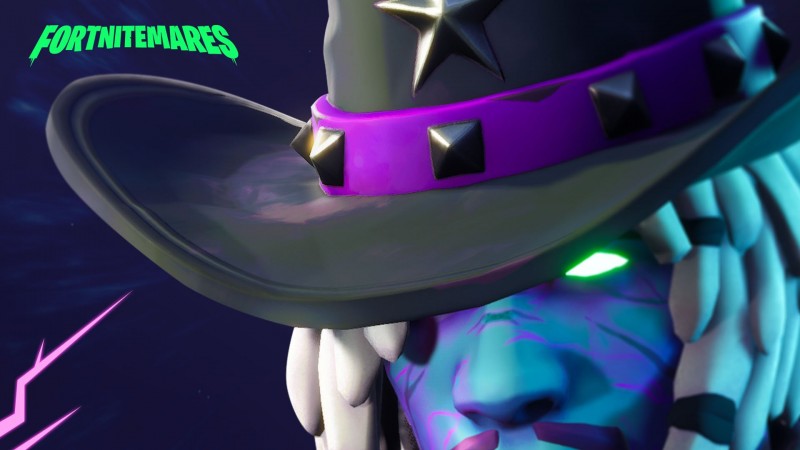 Epic is never one to miss a good opportunity to encourage people to play Fortnite and Halloween is one of the best things to get people to enjoy new cosmetics. As such, the official Fortnite Twitter account has been posting teases of new content with the hashtag of Fortnitemares.

The first tweet seems to show off a new skin or character with zombie-like skin. The most recent tweet shows the infamous Fortnite cube chained up and glowing. Users on Twitter have pointed out that the pictures so far seem to be connected by the patterns in the corner, as well, suggested that something will happen after four pictures get posted. Judging by the schedule so far, that means we're halfway through and it will be another few days until it finishes.