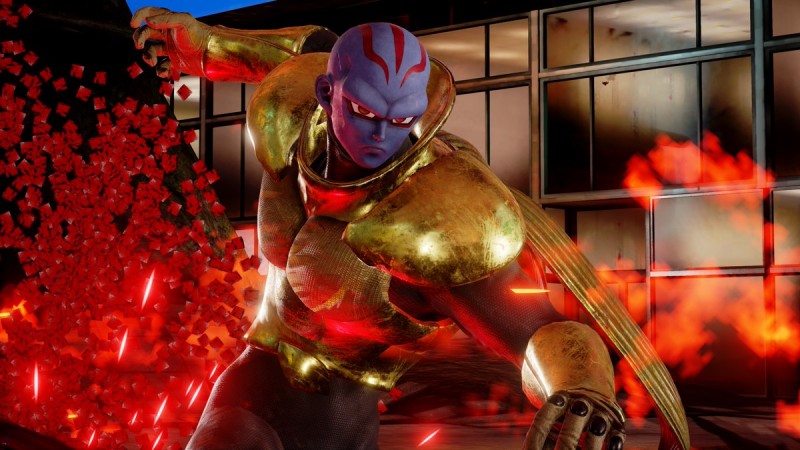 Bandai Namco has revealed Kane, the villain of their upcoming manga crossover game Jump Force. Kane, who is not from an existing series and has been made specifically for the game, seems to be responsible for the melding of worlds that is bringing all the Jump characters together with each other and into the real world.

"This world needs to be remade... And in order to do that, it must first be unmade." Take a closer look Kane, a villainous character coming to JUMP FORCE!

Designed by Akira Toriyama, Kane certainly looks like a lot of Toriyama's other designs amalgamated together, such as Dragon Ball Z's Cell and Dragon Ball Super's Hit fused together. While Bandai Namco has said that not every character in the game will be a playable fighter, specifically pointing to the tease of Death Note's Light and Ryuk at the game's reveal, it does seem like Kane definitely fights from the screenshots.