Sega May Be Hinting That Sonic Colors Is Coming To PC 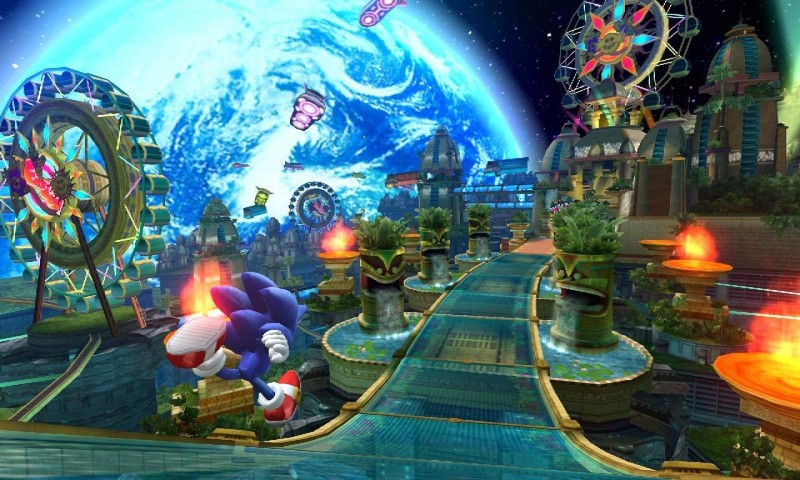 There was a period after the disastrous Sonic the Hedgehog 2006 that Sega was desperate to get the blue speedster back on track. Sonic Unleashed and Sonic Colors were part of that rehabilitation effort, though neither game saw releases on PC or anything beyond their initial platforms. While Sonic Unleashed has been slowly undergoing a porting process by fans, essentially being rebuilt brick-by-brick within Sonic Generations' PC version, Colors has had no such luck, and the fairly well-liked Wii game has been left on Nintendo's older console. That is, unless Sega is teasing an announcement.

As part of a Steam sale for Sonic the Hedgehog games, of which there are many on Steam but Colors is not one, either Sega or Valve included a piece of Sonic Colors' art. This was noted by Twitter account @Tracker_TD.

You uh
You tryin ta tell us somethin pic.twitter.com/ipZSAA5LUj

The same art was also tweeted by Sega's official account, but subsequently deleted.

Is Sega teasing something? It would certainly be an odd way to do it. While Sega is no stranger to releasing older Sonic games on PC rather abruptly, as the Wii U-exclusive Lost World came to PC a few years after its initial release, it has been eight years since Sonic Colors released. The difference in timing would likely warrant more than a tease in a sale for other games, even if unintentional.

On the other hand, the last 3D Sonic game released was the critically panned Sonic Forces. With the Sonic movie speeding to theaters late next year, a remaster for some 3D Sonic games might make a lot of sense. The wisps made their original appearance in Sonic Colors and Sega is pretty intent on keeping them in the series, making them part of Sonic Forces and the upcoming Team Sonic Racing. Even in that scenario, though, why bother with the art included like this?

Of course, one likely answer is Sega just grabbed some Sonic art without thinking about it, and then tweeted the same art without realizing it. Still, it is unlike Sega to leave Sonic games on the consoles they once belonged to, and two of that generation's titles have not been repackaged for modern audiences. That alone is odd and I would not be surprised to see it rectified, with or without this tease.