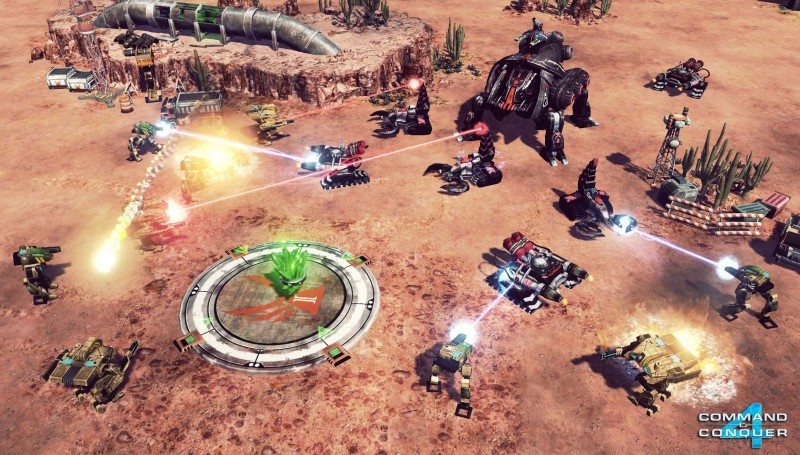 When Command & Conquer: Rivals was announced, fans were excited to see the real-time strategy series make a return. However, much disappointment came when it was revealed as a mobile game. Since then, EA has heard the criticism and desire to see the franchise return to PC. In a post on Reddit today, producer Jim Vessella confirmed that the team is working on ways to do just that.

"Following the reveal of Rivals, we heard you loud and clear: the Command & Conquer community also wants to see the franchise return to PC," he wrote. "And as a fan of C&C for over 20 years, I couldn’t agree more. With that in mind we’ve been exploring some exciting ideas regarding remastering the classic PC games, and already have the ball rolling on our first effort to celebrate the upcoming 25th Year Anniversary."

The post expresses that EA is looking into ways to remaster the classic PC games, but doesn't give any specifics. He did, however, open up the forum for fans to be a part of deciding exactly what the future will hold for Command & Conquer. "We are eager to hear your feedback to help influence our current thoughts for PC and what comes next," he expressed. "Over the next few weeks we’ll be talking to fans in a variety of ways. In the meantime, please share your thoughts here on the subreddit."

If this is the chance you've been waiting for, you can read his full message and share your thoughts on the subreddit here.